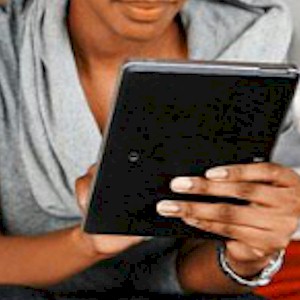 We’re all forced to get caught up in the hysteria and frenzy of shopping at the local mall. You surrender yourself to getting elbowed in the groin, coughed upon, fight for parking spots, and spend countless minutes in insanely long checkout lineups. All this which contributes to your stress and blood pressure levels.

As annoying and frustrating as the crowds have become, ultimately, it’s a necessary requirement to go shopping, getting the best deals, and ultimately saving as much money as possible.

But mobile devices are proving to be a savior from all this madness. Smartphones and tablets have become a vital weapon as well as an ubiquitous accessory when it comes to shopping for deals around town or online.

They’re convenient for searching for the lowest price, getting user reviews, downloading coupons and rebates, or checking on a competitors price while inside a different retailer.

Making m-commerce purchases on an Apple or Android operated device from the comfort of your home or office is on the rise.

So it’s absolutely no surprise that the most significant online trend is now pointing towards anything that’s mobile related, the biggest being secure mobile enabled e-commerce transactions.

These predictions are based on recent consumer behavior, improving technology, and better mobile security, which converges into creating the perfect storm for mobile based shopping.

Mobile Devices Trending Upwards
Anything mobile has been on a steady rise for a while, but is far from peaking. Anywhere you go these days, you’ll see the majority of people with their heads buried in their smartphones, surfing, talking, or texting away.

Seeing someone rapidly tapping away using two fingers on their tablet PC is now a common sight. But the adoption is far from complete when it comes to mobile device usage.

There are currently 52% percent of all mobile phone users who own a smartphone as their mobility device. With close to 250 million users in North America, that leaves over 120 million who are still using the conventional cellphone, and are yet to migrate.

But the majority of the new handset purchases are now smartphones, as the prices and plans drop while the competition increases. It’s expected to be just a matter of time before the adoption is complete.

Tablets PC Sales On The Rise
Tablet PCs has experienced a much quicker rise in sales since being introduced a few years ago. They’ve managed to reach over 50 million units sold in North America during this time, while it took smartphones over 8 years to reach the same number of units sold.

With the improved options and technology which are made available, sales are expected to significantly increase at a quicker rate as there remains a big gap in the market until it’s saturated. What most are doing is just trading in their trusty yet clunky laptops for a new shiny tablet.

Although smartphones are interfering with the traditional offline store purchase process, they’re not necessarily affecting direct conversions that much. Tablet PCs on the other hand, since they’re usually used at home or the office, are doing a lot more m-commerce transactions.

Mobile E-Commerce Purchasing Expected To Explode
Users are loving the comfort, convenience, and the better pricing which digital e-commerce shopping offers. But mobile e-commerce purchasing, especially on smartphones, are still lagging behind, representing just a small segment of the total overall e-commerce sales.

Statistics show that 11% percent of all the online dollars spent were from mobile devices, this according to various e-commerce research sources. What’s expected however is this figure to increase substantially.

The accelerating trend when it comes to m-commerce spending, as a result, coincides with the mainstream adoption of the tablet PC and when they became popular a few years ago.

The Future Of Mobile M-Commerce
As quick as this mobile device adoption continues, it’s not just the new consumers who are deciding to enter the m-commerce market. For those who began using m-commerce a couple of years ago, are now using more advanced buying behaviors and techniques when it comes to mobile shopping.

Someone who recently began using a smartphone, say a year ago for instance, will most likely become someone who’ll begin using tablets as a m-commerce device from home in the near future.

With all of the advancing technology, combined with the massive marketing investments, what’s being created is a mobile shopping infrastructure which is becoming increasingly easy and secure to use. This enables the mobile consumer to learn as well as adopt these new behaviors a lot more quicker.

Mobile devices as a m-commerce tool is quickly picking up steam. The ultimate tipping point may be how comfortable the average mobile consumer will be when it comes to purchasing goods over their smartphones, making actual cash transactions.

Retailers along with marketers are now required to prepare for this upcoming m-commerce avalanche, or risk they being completely left behind.