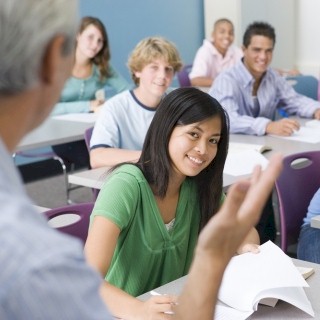 How does one fail financially, living in one of the wealthiest nations on the planet. With the wealth that exists, it just seems only a handful gets their share of it. What limits us to just owning a small fraction of this wealth. What type of mindset shift is needed, and what can we do about it?

There are many who begins with nothing, broke, and become millionaires. Some even in their early 20s, as there are plenty of examples. Then there are those, who appears intelligent, often with a higher education, but when in comes to achieving financial success, fails violently, as their lives are filled with hard work and struggle.

What’s the difference, between those who strikes it rich sometime during their lifetime, while others will constantly suffer, becoming a slave of the minimum wage, working fruitlessly until they retire a broken person.

Is it luck which allows some to acquire the wealth that they do. Do they buy more lottery tickets, chant or meditate excessively, marry into money, or inherit it. There has to be an intrinsic unforeseen uncontrollable entity, that guides them.

Where’s The Success?
We become conditioned, as we conform to the rules that are set out for us humans. We go to school to get a good education, and then work long and hard until retirement.

What most people do is follow this formula, which is 96% percent of the population. They needlessly struggle in their life feeling cursed, thinking that it’s their fate.

They retire dead broke living off a small pension, needing their family or the government to support them. Their spirit is broken, often feeling they’re better off dead, and not be a burden to society.

To Become Financially Independent
What’s known is that approximately 4% percent of the population becomes “financially independent,” which means during their lifetime before they retire, they’re able to stop working to live a comfortable life.

It doesn’t necessarily mean that they’re rich however. It means they have enough money to support themselves.

Then there’s the top 1% percent of the population, the elite, who are wealthy. Those who are able to live an exclusive lavish life, and do anything they want or demand.

The Illusion Of The Wealthy
There are many who becomes wealthy, buy lacks the time and capital, so they need to keep on working. What they become, is what’s known as asset rich but cashflow poor.

There are many who seemingly appears wealthy, who falls into this category. They have assets that they can’t convert into cash, which isn’t an ideal situation to be in.

Money that’s locked or unattainable, that can’t be spent becomes useless. Then there are those, who has hoards of money stashed away, but has a scarcity mindset, where they refuse to spend or share it.

The Statistic Of Your Life
Say that your high school graduating class had 100 students. From the 100 classmates, despite all of their best intentions, around 70 of them will be financially broke when they reach the age of 65.

So when you were graduating, what if your teacher or principal told you. “Who among you, would like to volunteer to go out into the big bad world out there, get a job that you hate, work hard for 45 years, and end up broke?”

“You will work Monday to Friday, 40 to 60 hours a week in this dungeon called the “rat-race, to barely put food on the table, struggle to pay the mortgage and bills, and never get to do the things that you really want to, this because you won’t have enough time or money.”

“Then once you reach 65, you get to retire, the shackles will be removed, and then within 2 to 7 years, you’ll most likely drop dead from exhaustion.”

How many students will put up their hands and volunteer for that life? Maybe there will be a few sarcastic hecklers, sitting in the back of the classroom, who will.

The Defective Educational System
How many would volunteer to learn how to set themselves up financially, so that once they reach the age of say 40, they wouldn’t need to work another day in their life, unless they really wanted to.

They could spend quality time with their family and friends, travel the world, establish a career which fits their aptitude, living a life of their dreams. You know that everyone would.

If You’re Reading This Today
So, 25 of your classmates will unfortunately have passed away or gone AWOL. Many are about to retire broke, some of them will need social assistance the day they retire, living below the poverty level.

70 of them would be living just to survive another day, living paycheck to paycheck, barely scratching out a living, just to make ends meet. Four of them, will be living a life of luxury, and become wealthy.

Living The Dream
So it’s clear that for the majority, this formula of becoming rich and famous, becoming wealthy, definitely isn’t working for many. You look back at your graduating class, and say who would of thunk it, that person became successful.

What’s known is just a small handful are going to succeed, the majority won’t, as they say what’s the point of really trying anyways, as it won’t happen to me. Those people who are successful, must of got really lucky.

Instead, just take the advice of the experts who actually became wealthy, who’ll say. “If you want to succeed, what you need is to figure out what most are doing, and then do the exact opposite.” This is the philosophy that needs to be adopted, while keeping things simple.