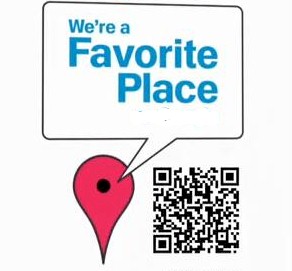 So most of the discussion this past week revolved around Google and their seemingly annual and recent algorithmic ‘house cleaning’ spin they performed on their engine. This sounds much like a yearly event for them to clean out what they consider as ‘Spam,’ as well as what they deem as irrelevant sites. They may of wiped out a lot of free traffic for you, if you were using for instance, Article Directories or similar sites. They also eradicated the majority of auto-generated, auto posting, weak content blogs that used duplicate content as well.

But what was lost was their announcement of ‘Open Now,’ a feature that they added to Google Places. This may indicate that Google plans to be much more involved in local mobile commerce.

So Please Come In We’re ‘Open Now’
Google introduced a mobile based ‘Open Now’ feature, which will allow iPhones as well as Android Smartphone users to be able to filter out local search results, by showing only businesses which are ‘Open’ at the time they made their query. This is based on the various local businesses listing the exact hours that they’re open for business in Google Places.

This will present a powerful tool for say… restaurants who happen to be open late, or open extremely early for instance. It would also be advantageous for local businesses who operates outside of traditional time schedules, especially if their competitors keep regular hours.

More importantly however is that the new ‘Open Now’ option is just one of the few new features to spruce up and customize Google Places, as well as making it a lot easier for any mobile user to find the exact local business that they are looking for on Google. Open Now is just one of the new local search options that’s been added to Places over the past year or so.

The Local Search Advantage is HOTPOT
After Google introduced their personalized social recommendations search engine, Hotpot, they also added filters for mobile device users, so they can narrow down their searches of local businesses by looking at a user submitted ratings and review system. They also made changes which filtered out queries based on how far a business is located from a current mobile users location. Other improvements to Google Places included adding images as well as more larger visible buttons for users to be able to view maps, as well as being able to call a local business directly.

Google Places Popularity
Each tweak that Google makes to Places will represent a new opportunity to stand out for local businesses. But so far, it seems that just a small percentage of local merchants have even claimed their Google Places listing. So what that means is that even a smaller percentage of businesses are optimizing their local listings to take advantage of the latest improvements such as ‘Open Now.’ In the near future, merchants who do not bother to list their hours of operation as well as other pertinent information, won’t be listed, thus won’t be readily available on Google’s various features.

[ad#co-1]
Will Google Offers Compete Against Groupon
There are many that believe Google’s latest interest in establishing a strong detailed, local and mobile search is because of their Google Offers Program. Google’s Offers is strongly rumored to be a ‘Daily Deals Of The Day,’ localized commerce vehicle, which is designed to compete against Groupon, Living Social and the like. But regardless of what Google’s actual motivation is, they are obviously making it extremely easier than ever before for local businesses to get easily noticed on the Internet.

As there are only a small handful of local businesses who are taking advantage of Google Places, most analysts are shocked at the disinterest and inactivity for business owners to start listing.

So if you have a local business that needs more exposure, don’t hesitate to claim your free listing on Google Places. It won’t cost you a a thing to list. All that’s required is that you make sure your business information is always accurate and kept up to date.