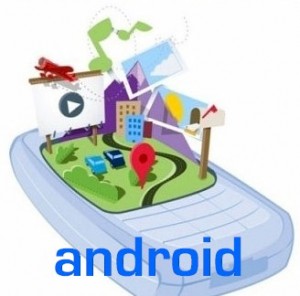 The availability of mobile apps for Google’s Android Market has grown significantly over the past few months, which is close to triple the rate of of the growth of Apple’s Apps, this according to industry statistics. Although Apple’s App Store is still by far the leader of the mobile devices app market, the Android Market is quickly gaining ground, especially in the ‘paid’ app category.

Their report shows that there are more than 510,000+ mobile apps available over the various mobile device platforms and app markets. Their aim is to provide transparency in the dynamics of the mobile market, as well as identifying potential mobile security threats.

The Developing Android Market
The Android App Market is maturing at an extraordinary rate. This emerging market has experienced an 125%+ growth rate of new apps which are now available on the market. As the Android OS gains momentum, it’s platform is attracting more and more developers producing every conceivable app to make the devices easier to use or operate.

This app market is expected to eventually be bigger than Apple’s. The reason for this is because the Apple’s Apps are only available exclusively for the Apple products, and their specific iOS. The Android Apps are available for any mobile device, whether it be smartphones or tablets, that houses the Android Operating System. This is similar to what Windows and Apple went through for their desktops.

Apple Is Fighting Back
Apple’s App Store is still however leading the pack in total volume, this due primarily because of their head start. Apple reports that there has been more than 10+ billion apps that have been downloaded from their store, this by more than 155 million iPod’s, iPhones and iPad users across the globe. The App Store currently offers more than 355,000+ different apps available in 20 different categories.

Apple also recently introduced a new Subscription service for their App Store. This will be available to all their current content publishers, which includes those producing newspapers, magazines, videos and music. These ‘subscriptions’ will be sold using the same billing system that Apple uses for their apps.

Publishers who decides to use the subscription service in their app, will also be able to leverage other methods of acquiring subscribers outside the app store itself. These publishers and developers will also be able to sell subscriptions directly on their web sites. Apple will still however processes all payments, and keep the 30% percent share that they currently do on apps.

How Secure Are The Android Apps
As the Android mobile app market is still in it’s infancy, while at the same time is growing exponentially in popularity and usage, there is a present and high potential of malware or illegitimate ad code being infused into the apps. So as the distribution of these Android apps increases, the chances that they are repackaged and redistributed with illegitimate code increases.

These repackaged applications can be easily found and thus downloaded, especially on the variety of Android’s alternative markets, such as forums and file sharing sites. The apps can easily be repacked with illegitimate ad code or even piracy, bundling malicious malware.

How To Age Gracefully Natural Steps To Anti Aging