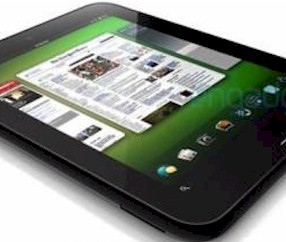 When Hewlett-Packard formally introduces and released their HP TouchPad Tablet PC on July 1, you’ll be able to find webOS mobile apps on their new digital magazine which is to be called webOS Pivot.

This is an electronic magazine which will feature articles describing the various apps offered as well as links to them which are located in the HP webOS App Catalog. HP sees the Pivot e-magazine as a way in which they would be able to help developers market their webOS apps. HP also plans to offer discounts to selected webOS app developers who decides to participate.

Instead of simply allowing the owners of the TouchPad Tablet to just search around or wander through their app store for new, unique or useful apps, along with HP’s other webOS driven devices, they decided to launch this digital magazine instead.

It will feature product reviews as well as other bits of information regarding their collection of available apps for their devices. This online monthly magazine is intended to be a companion and a complement to the webOS App Catalog.

HP’s App Catalog
[ad#co-1]
The App Catalog is HP’s App store, which is similar to their competitors, but the selection as expected has been lagging quite a bit when compared to the other app stores for the Apple and the Android mobile devices. Currently, there are only approximately around 10,000 or so available apps which are in the the webOS App Catalog.

The HP Platform Is Growing
A user who has a mobile device operating on the webOS platform will be able to access the HP App Catalog directly, and once there, will find reviews as well as opinions, columns, editorials, images and feature stories regarding the benefits of the apps, which will also be available in the Pivot electronic magazine. Once the user is familiar with the app, then they will be directed to the HP App Catalog for purchase or download.

The content of the App catalog is expected to be oriented towards a given region, as is the digital magazine, which will be automatically updated each month. It’s expected to be available in English, German, French and Spanish. They are also expected to be feature articles regarding the various developers who creates these webOS apps.

HP Looking For App Developers
A spokesman who is responsible for webOS development relations recently indicated that they are constantly on the lookout for webOS application developers. They are hoping that these potential developers could view the webOS platform as an increasing viable opportunity. They are also investing in developing new methods to help in the marketing of their applications which are specific to the platform.

The Pivot project is just one of the steps which HP is currently undertaking to encourage further development of apps for the TouchPad tablet PC, and on the webOS platform.

Other methods include a discount based structure on the exact amount of time an app developer has been active in the webOS developer program. Another initiative involves added benefits for the number of active apps which has been made available by certain developers and currently in the App Catalog.

Developing Creative Solutions
There are some that has indicated that the HP Pivot project is an extremely creative solution for helping their mobile device users to discover quality useful apps.

HP at this point cannot possibly compete with the other current app market leaders such as Apple in the number of apps which are available, but they are attempting to compete on the quality and usability of their apps, as well as findability.

Most are aware that searching in Apple’s App Store at times can be a frustrating unfriendly experience. For example, the only way that you’re able to find a particular app which is related to say… “fitness,” is if fitness is directly in the title. So there will be no “fitness” apps that will be found if you happen to search for “exercise.”

Also, for the Apple as well as the Android app stores, there are apps which are available which helps you find other apps, which equates to how can you find an app, that finds an app.

It is yet to be known if the Pivot eMagazine project is able to make any significant differences in the TouchPad tablet sales, especially since the other tablet manufacturers will then most likely use a similar digital magazine if it is successful. So hopefully, the webOS Pivot won’t be Hewlett-Packard’s only way that they’re able to differentiate themselves from their competition.

How Much Does It Really Cost To Use Social Media Marketing