How Body Clocks Can Be Adjusted For Peak Efficiency 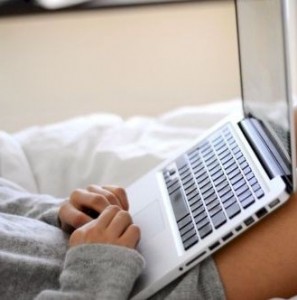 Are you able to sync and then adjust your body’s “sleep” clock, specifically for the upcoming change in weather, or if you’re required to change your habitual sleep patterns because of a new job.

Is it possible to make these tweaks in your body rhythm if you happen to be an early bird riser, having a habit of waking up early, or if you’re forced to be one. Can these techniques help if you like to burn the midnight oil and work late into the night.

You’re most likely already aware of the different types of sleep patterns and more specifically what yours is, this to be as effective and efficient as possible.

The early risers who enjoy waking up at the crack of dawn, are generally regarded to be more eager as well as more motivated to attack the day ahead with full vigor. Night owls, on the other hand, those who find themselves to be more active and productive on the opposite end of the day, are usually in complete comatose mode before noon, but then become razor sharp towards the evening.

Know What Type You Are
So know the type that you are, and know the cognitive effects it has when it comes to better functioning. Cognitive functioning refers to the specific area of the brain which can judge and then assign the ability for you to think as clearly as possible, this when it comes to solving problems. It’s heavily influenced by how your body clock is set and behaves.

There’s also increasing evidence which links one’s internal body clock to fluctuations in mood, fitness, and even personality. Morning people are generally known to be more introverted, while being more driven and conscientious, more so than their night owl counterparts.

Those who are most productive at night are much more impulsive as well as more extroverted. It’s been proven that night owls will also generally score higher on intelligence tests, but are more often likely to become depressed.

Upon waking, those who like to rise early have higher levels of the stress hormone which is known as cortisol. What this does is it explains why they’re usually more upbeat and chipper as that’s what cortisol promotes.

The night owls heart rates are always higher during the afternoon, and continues into the later hours of the day than in the morning, which may be the reason why they appear a lot sharper mentally and physically once the day progresses.

The most revealing fact may be what the peak body temperatures are for these two groups, which is linked to how quick one reacts. For those who like to rise early, their core temperature will usually peak at around 3:00 – 3:30 P.M. in the afternoon, while the night owl’s temperature peaks at around 7:30 – 8:00 P.M.

Setting Your Body Clock
So what are the factors and how can you properly set up your body clock. The determinants are generally neither entirely genetic nor are they completely environmental. Researchers have been able to pinpoint several genes which indicates circadian types as partially heritable.

The imprinting process directly after birth can also be a factor. There are studies which show that the babies which are born in the later months of the year, such as autumn and winter, will usually tend to be early risers. Conversely, those who happen to be born during the spring and summer months will often, more than not, grow up and enjoy staying up late.

Biologists who are involved in Chronology firmly believe that the amount of exposure to sunlight that one gets earlier in life, may potentially affect the biological clock for their entire life.

The hot and bright summer days which are also long can potentially set the clock of an individual to extend a few hours later, which leads towards the night owl type behavior. The shorter fall or wintery days, with limited sunshine or light, may have the complete opposite effect.

The Aging Effect
Another factor in the “get up early” or “stay up late” debate may be age related. The majority of teens along with young adults will tend to stay up as late as possible. Who doesn’t remember those dares of staying up all night.

But the result of what the majority of experts suspect is that a mixture of hormonal changes as well as cultural factors, such as uncompromising or uncontrollable work schedules, the majority of individuals will steadily move towards the “getting up early” behavior as they begin to age.

So the suggestion for the best possible way to make your inner clock work the best for you is not fighting it, but rather just adjusting to it.

Creating Abundance In Your Life By Expressing Gratitude

All You SEO Marketing Experts Do These Methods Still Work