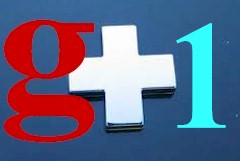 Recently, Google+ raced towards attracting over 20+ million new members to their new social network, but still, depending on opinion, some will claim whether Google Plus will be a success, or another effort of epic failure. The majority however, may just be looking at Google’s latest social networking effort from the wrong point of view.

Everyone is now aware and writing or talking about circles, hangouts, the privacy issues and whether people will eventually switch over from Facebook to Google+, or use both, which is the most likeliest.

But what may be more interesting is what’s going on in the background. This should perk the interest of marketers, publishers, brands and media agencies as they should all be fully prepared and willing to participate.

[ad#co-1]
The “Big Bang” Of Google+
The real” Big Bang” and substance behind Google+ is their Profiles, Authorship Claims and mobile payments. All of these features should solidify Google’s dominance as the world’s number one online Web presence. They have extended their reach from being the premier search engine, to cloud computing, to mobile services as well.

Sure since Google+ is so new, there are still a few glitches as well as kinks right now, but they will eventually be ironed out. Google is actively listening to all the feedback and already has changed as well as adapted to what their users are wanting during the Google+ beta testing period.

Google is obviously thinking forward towards a Web Service where the majority of the online content will be a lot more integrated, and the semantic web will be in full effect mode.

Claiming Authorship
Google says that once you claim authorship of your own content, that gives them all they need to identify you as the author of that content on the web. That detected content which you’ve marked will then be listed directly on the +1 tab located on your Google Profile.

This will be done automatically once you “+1′” at least one of your webpages. So this can be excellent news, especially if you’re a writer producing unique content for the Web.

Google and their use of the “+1” tab which identifies authorship of your online content should also provide for a refreshing change and improvement in search results, as you can develop your own online reputation while building influence. Google also already has their “Checkout Payment System” in play, which allows merchants to be able to show up in the search results with their products.

Google+ For Business
Although there are other social media networks which are geared towards businesses, such as LinkedIn and Facebook, Google, unlike these other sites, already has an established and built-in productivity app suite which is targeted strictly towards the enterprise sector.

This includes their 200+ million Gmail users along with more than three million businesses which are already currently using their Apps. Google is also planning on interfacing the Google Apps with Google+, which is a natural, along with offering additional Gmail storage as well.

Getting Your Business Set Up On Google+ Plus
While Google has asked businesses to not create their business profiles on Google+ yet, (if you do, they will be deleted), businesses in the meantime are able and should be adding the Google +1 button on all of their content.

If you’re a business, you should also be applying for Google Plus’ “Entity Profile,” which allows you to participate in the “beta testing” of including your brand in Google+.

Google aka: Online Big Brother
Once you integrate and consume all of Google+ features, which includes: circles, hangouts, documents, apps, email, chat, photos, etc. etc., this allows Google to pinpoint exactly what you’re searching for, who you’re interacting with, where you’re going, what you like and with whom, this by getting tracked by Google Maps, Calendars or Directions.

The Google search results will also automatically adapt to all of your personal preferences, which may not necessarily be what you want search to do. You would prefer the search results to be best suited to your query and not to your personal tastes. This trend can potentially have enormous business as well as social implications.

Did Google Get It Right?
The issues may be complex, but as some has stated, they may be too quick to write off Google+ as another flop. One thing for certain however is that it’s one of the better concepts of social media networking to come along since… well, Facebook.

So you can bet that Facebook is taking notice of Google+ and their development labs are most likely working in overdrive, wishing that this Google Plus thing would just go away.

2 thoughts on “How Google+ Plus Impacts Business Marketers And Branding”