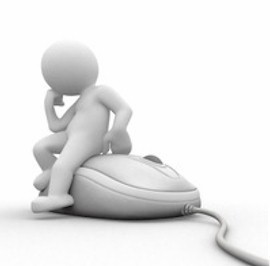 So Facebook has reached the point where it’s beyond being just a site where old high school chums and past college roommates keep in touch with each other. It’s more than friends who are writing on each others Walls, or chatting and sharing things that they “Like” by giving it a thumbs up. When Facebook introduced their Community pages a while back, which when combined with their location-based Facebook Places, it may of put the relevancy or even the longevity of sites such as Gowalla or Foursquare into question.

Facebook, the popular social media site who now dominates the Internet, is also testing a ‘Ratings and Review’ functionality in their ads as well. This may change the playing field for sites such as Yelp and other similar ‘peer to peer’ review sites. So Facebook has now become a bonafide, in ‘real-time,’ lead generation and customer review and feedback source for marketers, businesses and corporate organizations locally, as well as around the world.

These organizations and businesses who are flexible and savvy enough to be able to capitalize on this latest trend by Facebook, has a lot to gain in terms of increasing their brand equity, customer loyalty and lead generation. This however, would only occur if they’re willing to take the proper steps to ensure their success.

A Few Examples Of Gaining Relevancy On Facebook:
• Discontinue posting irrelevant mundane photo’s of your cat, or the exterior of your business. Stop replying with a “hey guys” type of status updates, that just doesn’t cut it anymore. Also do no just blast out your latest updates of your companies activities once a week. This will not increase your followers or establish any community engagement whatsoever. Companies, organizations and marketers are now required to take it a step further by developing their Facebook updates with relevant information, as well as properly updating page content to invite and entice conversation among their various target groups.

Say for instance, a trendy upscale restaurant chain can offer its Facebook fans a 20% percent discount, if they post feedback or a review of a particular outlet. Promotions such as this can be fruitful, and will also produce ‘real-time’ trend based data that can be used for similar types of initiatives in other markets in the future.

• Pay a lot closer attention to the feedback you get. Facebook and their ‘Reviews and Ratings’ feature is expected to become an important staple on Facebook as it’s popularity expands. Users will now be able to tell their friends to what measured degree that they “Liked” the restaurant, store or event etc., allowing them to actually “Rate” them on a scale, as well as providing a comment. These expanded features of Facebook’s newest options will be creating powerful waves online, with a noticeable shift from attitude to action.

• Control less of the message. As if online marketers didn’t have enough problems trying to control their messages already, Facebook is now allowing its users a lot more entitlement with these new features. This will allow far greater opportunity for users to be able to review, discuss, comment or even complain about a certain ‘brand,’ and this not necessarily on the company’s corporate Website.

The companies will now be required to find and join into these discussions more frequently than ever before, this solely to avoid perception of broadcasting. Listening, as well as responding to questions will be more important than ever. Above all, organizations should be respecting their customers social media voice more than ever before.

Dedicating Resources To Social Media
Companies should be establishing sound social media policies, as well as clearly defining the organization’s online voice and message. The Marketing or Media Department should be seriously considering designating a Social Media Community Manager to track, as well as converse back and forth with customers on Facebook, as well as the other social media sites.

The ability to be able to monitor and then quickly respond to comments is of paramount importance, and doesn’t show any signs of slowing down. While Facebook going into Foursquare or Yelp’s territory doesn’t necessarily mean that these sites will go away, what it does mean however, is that online marketers may need to adjust their thinking, as well as approach to include Facebook Places. It just may come down to winning or losing customers.