Know The Signs That You Are A Fully Grown Mature Adult 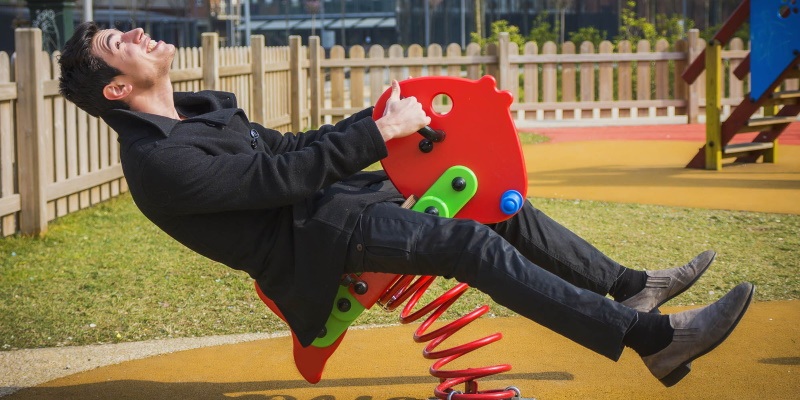 We all know someone in our lives, who appears to be a fully grown adult complete with family, holding down a responsible job. But behind the scenes, their minds and actions remain immature. This is the “man child,” or the woman who can’t control their emotions, thus unpredictable.

So what does it mean, for adults to be considered mature.

Being a mature individual, doesn’t refer to just squeaking by making a living, being able to pay the bills on time, attempting to be a good parent or spouse.

But rather, it’s more how well they’re capable of managing their life when no one is looking.

How they handle themselves, their relationships, and the level of thought that goes in their everyday executive decision making, especially when under stress or duress.

Being considered mature at the clinical level, is thought to be a set of life skills that can be learned or improved upon.

Realizing and adapting to the particular temperament that they’re born with, the personality that they’ve inherited.

A set of guidelines needs to be established, provided the individual is willing, and wants to be considered a responsible mature adult.

Raging erratic emotions need to be harnessed, especially the volatile ones such as anger and narcissism.

For those children who displayed bad behavior in school, usually grows up to be adults who can’t hold down steady jobs, has multiple relationships, generally being considered unstable.

There are a variety of ways to tame such emotional responses, everything from meditation, cardio exercises, to mindfully taking deep relaxing breathes.

There are ways of controlling angst and anxiety. These emotions are thought to stem from an overactive amygdala, which is the region of the brain that controls emotional outbursts.

Reacting To The Emotions Of Others

Although we can learn to self-regulate our own emotions, there is always someone we know who is unable to do so.

So for us, what’s needed is self-restraint, to not get angry or overwhelmed in return. To control ourselves when confronted.

The issue becomes the inability to tolerate or respond badly to the strong display of emotions, that’s exhibited by others. The best way is to avoid or ignore them, but at times that’s impossible.

So what needs to be adopted, is calming down our own stress and anxiety, realizing that how others react emotionally, is their problem and not ours.

Once you realize that you’ve made a mistake, immediately admit it to yourself first, before it’s revealed to the world. What doing so avoids, is showing a sense of entitlement.

Doing so helps in becoming more considerate, to the mistakes that others make. Admitting our mistakes to others, shows humility. Always take blame and responsibility for everything.

What needs to be realized is that everyone makes mistakes, that mistakes are “mistakes” and not character flaws.

There’s no need to mentally beat ourselves up, or punish others. What’s required is fixing them, and learning from them. Then say you’re sorry.

Being “honest” with yourself is an emotion you can control, while the truth is external genuine facts and actual evidence of events.

Honesty, is believing in what our hearts and minds are saying at a certain time, this in the moment, which can alter over time. It’s not about lying to yourself.

Being honest with yourself can be difficult, because it takes courage to alter and act on how you really feel deep inside.

What’s needed, is asking yourself what you truly want and feel, and then having the courage to step up and admit it, then taking action.

What can’t be avoided is anxiety. We react by hoping it will go away, this by shutting ourselves down or out, or attempt to drink ourselves through it with a bottle of wine.

We try to avoid or ignore what might happen in the future, hoping it’ll somehow solve itself. We constrict our world views, by not allowing anxiety to fester.

The best way to approach anxiety is head on, which allows us to expand ourselves and our current world.

To face the fear. To take calculated risks, which invites intimacy into our relationships, or discover who we are.

The first step, is moving out of our comfort zones, to get used to feeling anxiety. Over time with practice, it becomes easier as we grow braver and expand.

Fixing anxiety is running towards it, and not running away from fear.

Our default switch is to be reactive, to respond to whatever is sent our way. We’re conditioned on auto-pilot, to react in a certain way without thinking about it.

What being proactive requires is being mindful, to be deliberate and conscientious, to initiate what we do, what we decide or want.

This so we can command our life, this instead of reacting to it, or constantly trying to please the lives of others.

What’s needed is stepping back, and looking at what we’re doing, along with how and why we’re doing it. To make sound decisions, to know what to change or keep.

Live Your Own Life

Make your own unique imprint on life. Stamp your personality on everything, which is a sign of maturity. Make sure you fulfill your vision, on who you are and what you want to become.

This isn’t referring to your job or relationship goals, but more on what you value in life.

What this allows is moving away from what you should do, which was dictated by your parents and educators.

It moves you away from the past, your guilt, always appeasing others, and forces you to act on the present.

What’s needed is to step back, and envision what you believe in and hold sacred. To take action to do what you need to do, so you won’t live a life of regret.

To live a complete fulfilled life, to do what you’re destined to do, this with intention, honesty, and compassion, while knowing you will make mistakes along the way.

What doing so does is creates integrity, which aligns your inner and outer worlds.