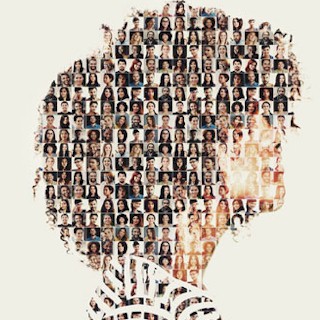 It’s the human condition, to feel uncomfortable around someone just because they’re different. It’s usually visual, such as a different ethnicity or skin color. It could be that they’re “book smart” where you’re “street smart.” Perhaps you dress differently, or have different spiritual beliefs.

What we all want, is to be liked, to fit in somehow, to be accepted by those who we feel the closest to, can relate to, or associate with. People who we feel comfortable around. So once we reach out, it hurts when we’re rejected. They take exception to you, because you’re different than they are, so you’re dismissed.

They rarely give you a glance, the opportunity to find out who you truly are. You may be someone, who they may actually like once they get to know you. Yet, they just assume and write you off, because you turned them off somehow.

Just Wanting To Be Accepted
Anyone and everyone from whatever social or economic background, has at one time or another, felt or had similar experiences of rejection.

Some are rejected because of their skin color, religious beliefs, ethnic background, body size, or gender. It doesn’t feel great, especially if it’s obvious.

Over time, what such experiences does is forces us to question our own self-worth. Reasons why a person becomes intolerant towards another, often goes further than skin deep.

Fear Of The Unknown
If we don’t have firsthand personal experience, with someone from a different culture, religion, or social class, by default, we stereotype. Stereotype is defined as, “a fixed or conventional notion or conception.”

What we’re taught as kids, is to believe certain things about certain types of people. If we see someone from a mid eastern country, housing a big bushy black beard, we automatically think, terrorist. For all you know, he might be a respected doctor.

If you encounter him late at night, you may fear for your life. Not because he is acting insane, but because he appears different than everyone else. We fear what we don’t know or understand.

Just Trying To Fit In
Another reason why we fear people who are different, is because they challenge what we think. If someone’s religious beliefs are right, then ours must be wrong.

If a particular manner of dress becomes popular, and we don’t follow along, we are ridiculed and considered to be behind the times.

We need to drive the latest trendy car, buy the latest electronic gadgets, and move within the right social circles, to be accepted. This is referred to as “competitive thinking.”

Just Trying To Be Better Than You
This type of thinking, usually stems from feelings of insecurity. When we feel insecure about ourselves, or certain aspects of ourselves, we often try to act overly confident, to hide our insecurity from others.

In our competitive society, showing weakness of any kind can be detrimental. So we often feel the need to tear others down, this to build ourselves up.

We can then look like the “winner.” But do we really win in these types of situations. By tearing someone down, this to appear more favorable in the eyes of others, you’re only diminishing your own image.

Most will not see you as a winner, but more as a bully, entitled, or arrogant. They may not verbalize it, otherwise you might turn your anger towards them. But they’re thinking it. That is not self-confidence, but a big ego.

Those Who Are Confident
A person who’s truly confident, has no need to put others down, or ridicule or reject them behind their back. Instead, they would rather build them up. They know that by doing so, they’re building themselves up.

Someone who has high self-confidence, isn’t threatened by someone who’s different, or outshines them.

They’re instead interested in getting to know them better. What they see is value in learning from them, and then sharing their viewpoints.

We’re All Connected
Regardless of how different we may appear to be, we all have a common bond with one other, this more than you think. We’re all connected on a spiritual level.

You may of experienced instances of this from time to time. Have you ever made eye contact with someone you didn’t know, then exchanged a genuine smile or a nod with them.

It could of been in a crowded elevator, meeting, party, or a busy street. For just a split second, you’re “connected” with that person, even if you’ve never spoken to them before.

There’s an exchange of energy that takes place, and you recognize the engagement with them, as they simultaneously recognize that connection with you.

On a physical level we’re very much alike, in the sense that all we want is to be loved and accepted. We want to provide security and safety for our loved ones. We all want to live happy productive lives. We’re all more alike than different.

Recognize The Similarities
Strive to focus more on those things that we have in common. Regardless of how different that someone appears to be, instead, try to find the things you like about them.

Learn to cherish the things that makes them different. Diversity is a wonderful thing. This world would be incredibly boring, if everyone was exactly the same carbon copy.

It’s our duty as humans, to accept and love others regardless of their differences. To not get angry or hold grudges, or compete with them, just to prove you’re better. Learn to just do the right thing. Strive to see the qualities they have.