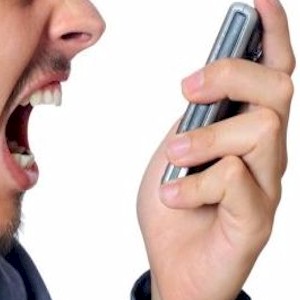 You don’t need a crystal ball to predict that mobile advertising is the next big thing on the Internet. The largest of the Web entities are already experiencing mobile ads as their largest revenue stream.

Mobile advertising is becoming the business opportunity which makes too much sense. After all, smartphones and tablets are now stapled to us wherever we go, and they’re able to track and collect more data about us, as consumers, than any desktop or laptop ever could.

But currently, because of all the growing pains which are associated, the methodology which results in the quality of how these mobile ads are delivered is mediocre at best.

Placing mobile ads are also currently more of an afterthought for the majority of the advertisers overall marketing strategy and budget. As a result, the designs are extremely poor, as tacky banners litter the smaller mobile screens, and they appear slapped together much like they looked on desktop websites 15 years ago.

The canvas of the smartphone displays are extremely small, so as a result, conventional ads has its shortcomings. The banner ads as a result are too small, so there’s little room to place or write anything on them other than “Click or Tap here…”

Conventional Web Advertising Is Different
Most ads are distracting and annoying to begin with. We know that they’re there so we tolerate them. We accept print advertising and desktop Web ads since they’re usually related with the content that we want to read or view.

Television ads work on the same principle, but are structured differently. We’re given doses of TV content that we’re able to watch, which are periodically interrupted by commercials which we can choose to sit through or not.

But mobile ads are found to be too disruptive, and this isn’t what the advertisers want, that their ads are suddenly popping up on someone’s mobile screen, which often creates negative impact.

Once someone’s using their phone and because of the screen’s small real estate, they get annoyed by these ads since it’s their phone, and it’s considered their own personal and private space. They don’t like or want to be tracked where they are, what they do, or want to get interrupted.

But Mobile Ad Spending Is On The Rise
Global mobile ad spending was estimated to be close to $7 billion this past year alone, and is expected to quadruple in a few years. It’s also no surprise that Google is the largest benefactor, although they realize that mobile “banner ads” aren’t working properly on smartphones.

So what’s in development are improved ad services such as the much more user friendly “Click-To-Call” buttons, which allow users to contact the advertiser directly regarding their offer.

Google Mobile Stepping It Up
The Android based mobile devices are able to use what’s known as Google Now, which is a virtual personal assistant (VPA) which is able to track which locations you frequent the most, and will then attempt to provide the most relevant information on your screen from the data.

This could include a traffic or weather report before you jump in your car and head off to work, for instance. They’re yet to include any paid ads through this service as of yet, but it’s only a matter of time.

Besides getting information on the traffic, wouldn’t it be convenient if you also got a coupon on a latte from the coffee shop which is on route driving to your office.

Then there’s Google Wallet, their mobile payment system which is another way that they’re thinking outside the virtual box for ad revenue. This service will be able to securely store your credit card information, which allows for a couple of immediate conveniences:

• It allows for making instant mobile purchases a lot more quicker and conveniently since user payment info doesn’t need to be entered, and
• It doesn’t require the user to carry cash, while being able to track and control their money better

If a cash transaction payment platform such as Google Wallet doesn’t exist, then there’s no way to allow these ad networks to be able to track and then determine if a particular ad persuades an user to make a purchase or not.

For instance, if you use Google Wallet to purchase chocolates using a coupon which an advertiser sent you, Google can then decide how effective that ad was, and then adjust their ad rates accordingly.

Facebook’s Mobile Ad Strategy
Facebook is rapidly expanding into mobile since it was found that more than 59% percent of their users access the site using a mobile device. They’re referring their recent growth in mobile ads as “native advertising.” These ads are integrated directly into the users regular content.

What Facebook is doing is they’re placing ads directly into a user’s news feed, which they call “sponsored story.” Their intent is to integrate the ads so it will seamlessly appear as part of the user’s experience as much as possible.

Facebook will also store your credit card info so that purchases can be made directly and instantly with a simple single click or tap on the sponsored story.

What they want for their mobile Facebook user’s is to make the transaction process as frictionless as possible, this in the hopes of making the purchasing of goods absolutely painless.

Only Exclusive To Mobile
These custom mobile formats for Facebook, as well as Twitter’s “promoted” mobile tweets, won’t be available or work well on the conventional Web. So these solutions for mobile advertising are specific for the marketers who are wanting to pursue and target mobile users specifically.

The ultimate goal of digital ads is attempting to get the message out in front of as many users as possible at the lowest possible cost. The more that the audience is being refined, however, the easier but more expensive it becomes to get that message out effectively.