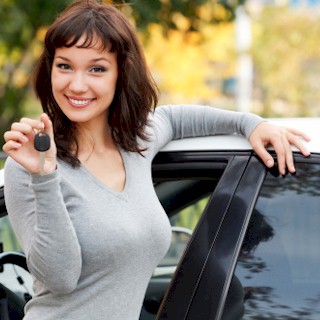 What needs to be addressed is your attitude when selling, such as that constant sales pressure you apply. That “canned script” needs to be eliminated, to reduce rejection. Never chase prospects, let them come to you. Let them challenge you, then defend yourself by showing your products value, which reduces sales pressure.

Instead of a sales pitch on why your product is the best, address their problems first, this based on the issues that you believe the prospect is having. Regardless of what you’re selling, relate to their dilemma, their hurts, the drama that they’re living, then convince them that you have the solution.

What the “traditional” sales methods no longer addresses, is complying to the new savvy well informed buyers, which leads to poor counterproductive behavior and results, while not getting the sale.

Think Better Results
Believe that you need to take a different approach to the sales process. It begins with eliminating that rehearsed sales pitch.

Instead, have a discussion with the prospect, start a conversation focused on them. Rather than always trying to close the sale, find out if you’ll be a good fit or not.

Realize that rejection is a natural part of the selling process, so get used to it. Constantly applying sales pressure to buy is what causes rejection, so eliminate any type of pressure.

Instead of chasing to get a “yes” or a “no,” find out how you can help them. If the prospect has objections, instead of challenging or countering them, validate them by altering the conversation.

If the prospect challenges the worthiness of your product, defend it by explaining its benefits, and not its features, as what listing features does is creates more sales pressure.

A Good Fit
What the initial goal should always be, is deciding whether you, your product, and your prospect is a good fit. If you don’t get the appointment or the sale, then it wasn’t.

Focus intently by having a conversation on the problems they’re having, and how you can help or solve them.

Never jump the gun, by going fast forward directly into the sales process. Allow the prospect to steer you towards that direction themselves.

If you think that you lost the sale because of the mistakes you’ve made, begin by reviewing how you began the relationship. Did you start with a sales pitch.

Did you use traditional sales scripts such as, “What I have is the solution that you really want,” or “Others who are in your industry have bought our product, so you should buy it as well.”

What using traditional sales language does, is leads the prospect to label you with the negative stereotype of you being a “salesperson.” What doing so does, is makes it impossible for them to relate to you.

Then they’re not able to trust you, or have an open conversation with you, about the problems that they’re trying to solve, one’s that you can help them with.

Sales Pressure Results In Rejection
What prospects never intend to do is reject you. You bring that upon yourself. This once you say something that’s usually extremely subtle and unintended, which triggers their built in defensive mechanisms to be careful.

This rejection can be eliminated by giving up your agenda, which is hoping to close the sale. Instead, make sure that everything you say and do, stems from the mindset that you’re there to help them identify and solve their problems.

Force Prospects To Come To You
When it comes to the selling process, chasing prospects has been considered mandatory, as well as a prerequisite.

Where this is rooted, is the traditional strong armed macho image of the used car salesman. That “If you don’t chase, then you’re giving up, which means you’ve failed,” which is dead wrong.

Instead, give the prospect reasons why they should contact you somehow, or ask them if they’d be open to connecting again, this by appointment, to discuss their issues further.

Validate Objections Revisit The Conversation
What most traditional sales programs and processes does, is spends too much time focusing on “overcoming” objections. All this does, is just creates more sales pressure. What you also ignore, is what your prospects are really saying.

Don’t think that “Send me more information,” or “I can’t afford it,” or “Call me back in a couple of months,” are just polite excuses that are designed to get you off the phone. Stop trying to counter these objections.

Instead, try uncovering the truth by saying, “That’s not a problem.” Regardless of what the objection is, use gentle empathetic language, which invites the prospect to tell you the real reasons why they’re avoiding you, all while not pushing for a sale.

Never Become Defensive
Once a prospects asks, “Why should I buy from you, and not from your competition?” Your immediate instinctive reaction, is to defend your product or service, this because you believe that you’re the best choice, and you want to convince them.

Realize what’s going through their mind at that point. “This salesperson is trying to sell me, and I don’t like the feeling of being sold to.”

Never become defensive by protecting yourself. Tell them upfront, you’re not trying to convince them to do anything, as all you’re doing is creating sales pressure.

Instead, begin discussing with them, what their key problems are that they’re trying to solve. Then explore how your product might be able to solve those issues. Don’t persuade, yet allow them to feel that they should choose you, without they feeling sold.