Review Of Tablet PC Computers When You’re Ready To Buy 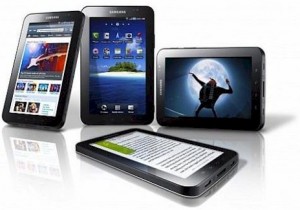 When they first exploded on the market, you wondered what took so long. They’re efficient, attractive, and extremely user friendly. It’s now even becoming a little unclear what their predecessors were before these Tablet PC’s hit the market.

It’s only been two or so years, however, when Apple first introduced the iPad tablet to the world, and then a completely new segment of computing hardware was born. Since then, there’s been every major hardware manufacture attempting to grab a piece of the tablet pie, which is still dominated by Apple.

Apple is already on their 3rd generation of the iPad with an estimated three million units which were sold just in the first few days of the release earlier this year.

The Increasing Size Of The Tablet Market
There were close to 30 million tablets which were sold during the first few months of this year, where over 50% percent were the iPads. Google and their Android OS, the other major player, is beginning to successfully take a bite out of the big Apple, with plans to come out with their own hardware.

As far as Android goes, Amazon with their Kindle Fire tablet, which uses the Android OS, is doing most of the damage. This because the Amazon tablet is extremely budget friendly, costing $200 or less, and as a result was able to capture close to 17% percent of the tablet market during the same time period.

If you’re wondering which tablet may be right for your needs, the default answer would most likely be the industry standard iPad. But it doesn’t hurt to find out what the Android OS tablets have to offer. You could also go off the grid a bit by choosing a BlackBerry PlayBook tablet as well.

Listed are some of the key features which you need to consider when choosing a Tablet PC.

Do You Really Need A Tablet In The First Place
The fact is, tablets really aren’t replacing anything other than possibly the worn out, slow and bulky laptop. They are not functional enough to replace your powerful desktop computer, and they’re just too big to replace the much smaller screen smartphones.

A tablet PC is primarily a media device which is respondent to touch, which is more similar to a media player or a smartphone than anything else. Most tablets also have smartphone features such as Wi-Fi, but they’re not currently able to make phone calls.

Although it’s entirely possible that you can sip your coffee on a park bench while doing basic productivity tasks on a tablet, you’ll never get the industrial desktop-grade operating system or the horsepower that you would get from a laptop or a home PC.

Also, since they are mobile, flat, and a one piece touch-screen device which is just basically a slate, there’s no physical keyboard, unless of course you purchase one as an accessory. So the main focus and usability of tablets is for media consumption and not advanced productivity.

Tablets do have a distinct advantage over the smartphones or the laptop, however, by they being a portable as well as an easier way of quickly checking email, browsing the Internet, watching movies, video chatting, listening to music, and playing games more conveniently.

The bigger screen resolution also offers better real estate advantages than the small smartphones, while being much quicker as well as more user friendly than the cumbersome laptop. Even with these advantages, you need to ask yourself if you still really want one. If you’re convinced that you do, then read on.

Features To Look For In A Tablet PC

Choosing A Tablet Operating System
When it comes to the computer hardware, it comes down to picking sides. When purchasing a traditional PC or a laptop, do you go with the more popular and generic Windows, or do you prefer Apple products.

When it comes to tablets, Google has effectively knocked out the Windows platform which are traditionally found on desktop PCs out of contention. As of now, the main contenders for operating a tablet is the Apple iPad and Google’s Android OS, where the manufacturers supply the hardware.

The most popular of these manufacturers are, Amazon, Samsung, Toshiba, and Motorola, which Google recently bought out. You can never count out Microsoft, however, as their new Windows 8 OS platform is expected to have a tablet friendly interface, which should eventually make a splash.

Who’s Going To Knock Out The Big Apple
Apple, the leader, remains extremely concise and compact with their propriety iOS, which fits snugly into all their mobile hardware platforms which includes, the iPad, the iPhone, and the iPod Touch.

The iOS Operating System on the iPad works similar to the iPhone, with minor tweaks made to accommodate the much larger 9.7-inch screen on the iPad. The strength of the iOS is that it’s always intuitive and the selection of apps which are available for the iPad, which now counts well over 200000+.

Then There’s Google Android
Google’s Android OS isn’t quite that streamlined. The main reason being the different hardware choices and sizes which are offered by the variety of manufacturers.

Their latest OS version, which is the Android 4.0, dubbed Ice Cream Sandwich, now merges perfectly with the smaller screen smartphone Android OS’s, which streams into a single unified OS.

The majority of manufacturers have adopted the Android 3.0 Honeycomb OS version for their tablets, while there are others who are still manufacturing tablets using the earlier versions of the Android, which are not really suitable for the larger screens.

Amazon and Barnes and Noble, for their tablets, for instance, are both using a customized version of the Android 2.3 “Gingerbread” OS, which was originally designed for the smaller screen smartphones, but altered to the point that the OS will work adequately on the larger 7-inch screens.

If you’re in the market for a larger 10 inch tablet, then look for one that has the Android 4.0 which is designed for the tablet. The good news is that the majority of the earlier Android 3.0 (Honeycomb) tablets are now upgradeable to the Android 4.0.

The Apps Are What Drives The Bus
Android is still lacking when it comes to app availability for tablets. There’s not really a huge selection that’s available which are properly optimized for the tablets.

So if you’re looking for a lot of 3rd party based apps for your tablet, then the iPad may be the way to go since it currently has over 200000+ Apple certified apps specific for the iPad.

There is a lot of discussion, however, regarding how many apps you really need. Would you need a dozen different apps, or would you need 100 apps to fit your specific needs.

The Various App Stores
Apple’s App Store is basically a well maintained propriety marketplace with the guarantee that their apps will work properly on the iPads. The apps which are available for the Android tablets, however, may or may not work properly since they all need to be tailored to suit the different manufactures as well as the screen sizes.

So if you’re looking for apps which are functional and compelling , and you know that they’re going to work properly while being completely bug free, then the iPad may be your best choice.

Screen Size, Resolution And Storage
What you also need to consider are the screen sizes as well as the storage capacities. Much like your television or your monitor, a 10 inch tablet, for instance, is measured diagonally.

The iPad comes standard at 9.7 inches, while the Android tablets are available anywhere from 7 inches to 10 inches, along with some smartphone/tablet hybrids which are around 5 inches.

Screen resolution is also important. Apple with their newest version 3 has produced an astounding 2,048-by-1,536-pixel Retina display, which is currently the best available.

As far as storage goes, what you’ll mainly store are your apps, music and videos, and your image library which can eventually take up a lot of space. Storage for the largest capacity tablets top out at 64GB.

The majority of tablets which are available offer, 8GB, 16GB, 32GB, and 64GB capacity. The larger 64GB tablets can however get expensive since you’ll also need to consider cellular connection costs as well.

Wi-Fi Or Cellular Connection
The majority of tablets will come standard with Wi-Fi as their base model with usually an option for a dedicated wireless cellular service at a higher cost.

So if you’re wanting to get Internet access anywhere you go with your tablet, then you would need a cell service with Internet connection. This will obviously add to the overall cost because of the additional cellular service.

The easier and more economical way of getting your tablet online is by using the built in Wi-Fi, provided that there are Wi-Fi hotspots nearby.

How Running Burns Off Excess Body Fat While Improving Energy

Worrying About Money Is Still The Biggest Cause Of Stress