Since You’ve Accomplished So Much Why Are You So Insecure 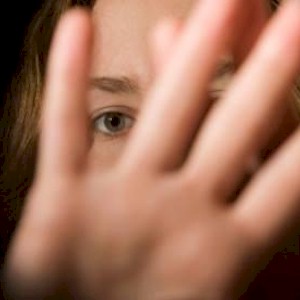 Jane had accomplished much in her life. When she was younger, she showed signs of achievement far beyond her years, or peers. There wasn’t a problem she couldn’t solve, this regardless of it’s complexity, it came easy to her.

Jane knew what needed to be said or done every time, this regardless if she knew anything about the subject or not. She knew how to solve or appeared she knew, as that’s how it seemed. An extremely proud person with a brilliantly promising future, which evolved into a successful accomplished career.

Yet, her life wasn’t turning out how she expected it to. Despite she knowing how to take care of everything, she was suffering from a sense of anxiousness when certain issues targeted her. With all of her accomplishments, her life wasn’t up to par.

The Plight Of The Insecure
She was incredibly insecure, extremely sensitive and introverted towards life just like her mother. When challenged with how she felt, she would just go into her smugness mold, pointing out her accomplishments when provoked.

At a party or a meeting, sometime somewhere, Jane met a gentleman named Dick, a man who appeared to think he knew everything. After the exchange of pleasantries, after 20 minutes of his non-stop diatribe, because he enjoyed talking a lot, she liked him.

But he didn’t know as much as he thought he did. Jane just politely disengaged at the other side of the one sided conversation, wondering what it was he wanted from her. Was it admiration, applause, an argument? Was he just showing off, why did he keep her.

So what’s going on in her mind. This a study for a psychoanalyst and not for a social worker. This a study of what makes certain people tick, and since we never see the entirety of anyone’s actual story, the puzzle becomes what’s motivating these behaviors.

The Hole Your In
There are some parallels between the interaction between Dick and Jane, as he was so full of himself, a gap that was sorely missing in her life as she was empty and boring. In him, she saw what was deficient in her life.

All Dick wanted was to prove to her how much he knew. There was also an apparent lack of interest he had in her, as she knew he was only interested in his own voice, so she would just listen.

Further Adventures Of Dick And Jane
An underlying insecurity fulfilled. Dick was as broad and as bold as they came. Jane, on the other hand, constantly felt inadequate. Yes, she was smart, but not pretty, classy, artistic, or articulate.

Although a successful businesswoman, she always secretly felt that she was a fake, and would eventually be found out. She felt she had to know everything while fending off all suggestions which might make her look uninformed.

She needed to feel genuine, superior, and grandiose. Although not always the case with her, others of this personality type believe that they need to know more than others.

The Know It All
They’re not interested or don’t care what others might tell them, this since they think they already know everything.

These grandiose individuals often suffer from an underlying fear that they’ll eventually be found out to be a fraud. Some supremely insecure people actually secretly believe that they’re better than everyone else.

They have difficulty with intimacy. The real fear being that if someone gets too close, that they’ll be discovered, that their secret feelings of self-doubt will be revealed. So they keep at a distance.

The Bond Of Convenience
Jane was praised indiscriminately throughout her childhood. So as an adult, she can only feel close to those who just admires and praises her. Any form of criticism, and she immediately shuts down.

You ask Jane something, anything, ask her a question instead of making a suggestion. She’ll often answer with condescension, so a shift in approach needs to be made as she’ll take your comments as an insult.

The attempts to simply reinforce her, makes her feel that she isn’t doing enough. Hopefully, eventually, Jane would become more comfortable so she didn’t feel she needed to know everything.

The Plight Of The Brilliant Insecure
What insecurity implies is self-doubt. It’s associated with with everything that’s negative, or unattractive. Insecurity is described as a form of anxiety.

When someone is insecure about themselves, this regardless of what they’ve accomplished in life, is because of a preoccupation that they don’t measure up to one’s perception of others.

Insecurity doesn’t feel that great. Where it stems from is poor self-worth, or an anxious social temperament. It becomes beneficial for the distressed individual to becoming more self-confident, while losing the bitter edge.

Stemming From Childhood
There’s evidence children who act superior is a way of masking feelings of inadequacy, those who may have been neglected. There’s a gap between their stated confidence and their actual self-concepts.

It’s not much of a stretch that these insecurities extends into their adulthood. There’s a belief that most do. Those who display low self-esteem genuinely feel superior.

What’s important when it comes to this research that’s based on children, is that it extends beyond asking them what they consciously feel about themselves. With children, it’s found unreliable.

So the next time someone acts arrogant, makes you feel inferior, then just ask yourself, “What shortcoming is this person trying to mask?” At the very least, you can then justify why they’re attempting to deflect attention off themselves.

Feeding On The Super Antioxidant Foods For Better Nutrition

The Unofficial Rules Of The Do's And Don'ts Of Social Media