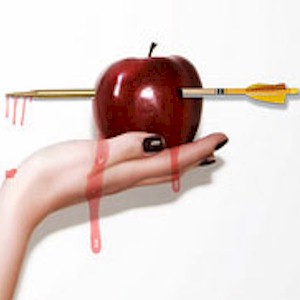 Gone are the days where you had to make a choice on which smartphone to purchase. It now comes down to either an Apple iPhone, provided that you can afford one and deal with its various nuances, or an Android driven smartphone.

Not too long ago, Apple was managing to sell around the same number of smartphones as Android was, but Android is now outselling Apple and the numbers are increasing.

Apple was once the preferred trendier choice, but the times are changing. There are now signs that consumers are beginning to shift away from Apple to the higher end Android phones with the same price and specifications.

This to technology experts in the industry is a significant shift in the smartphone users attitude, and could be signs of a breakdown of Apple’s once lofty status and dominance.

Say Hello To The Samsung S4 Smartphone
Enter Samsung and their latest S4 smartphone. But first, their previous Samsung SIII version, which was a phenomenon in itself, was able to sell over 15 million units during the 4th quarter of 2012, this compared to the 27.3 million iPhone 5’s that were sold over the same time period.

This is significant because the 15 million S111 units sold was just one Android smartphone from one manufacturer out of dozens of Android phones to choose from.

At this rate, the S4 is on track and projected to sell close to 10 million units during its first month. This is quite the accomplishment since it’s just one single phone that’s driven by Google’s Android OS.

The Blackberry Z10 in comparison, has managed to sell just a little over 1 million units in its first 3 months.

Samsung 4 Comparable To The Apple iPhone
The other significance is that the S4 is the same cost as the iPhone 5. So the once used excuse that consumers are going with Samsung because of its lower price point is no longer valid.

And if there are any other competing Android devices which gets chosen at the same price and specs, and also manages to reach the same amounts sold, then the argument stands that Apple is losing its luster.

Is Apple Remaining Stubborn
Apple and it’s stubbornness may become an issue. Apple remains to ignore the nibbles which are now turning into large chunk bites out of their brand and profits.

There are now comparable smartphones which are continuously being chosen over Apple. And because there are so many companies which are manufacturing Android phones, the list of competitors continue to grow.

One candidate is by the manufacturer HTC, and it’s latest smartphone known simply as “One.” Another is the Nokia Lumia 925, which is getting an upscale trendy makeover.

But, But, Android Has Their Own Issues
Yes, Google and Android has its own faults, such as the low utilization of Google Play, for instance, given the vast number of Android devices on the market. However, Google is constantly addressing them.

One must look at the number of upgrades which was presented by Google and their latest I/O update, such as the significant improvement that they made on Google Play.

The most worthy being something as simple as updating the “Checkout” button on Google Play. What they developed was an unified interface for all Android payments, which limits the need of having to continuously enter payment information.

Although Android has blemishes, they remain to be competitive with Apple and their iOS. The Android installed base along with its growing development community is improving at a pace which Apple most likely can’t keep up with.

What Apple originally did was set the trend in 2007 by introducing the iPhone. They began earlier than anyone else, but whatever they’re doing or attempting to do now is being matched, and now there’s a good chance of they falling behind.

There’s Going To Be A Revolution… Or Is There?
Through all of this, Apple continues to be enormously profitable although there’s a definitive shift occurring in the market.

So like when the original mobile revolution began, similar to when Apple initially introduced the smartphone concept, they may need a brand new revolutionary device to re-establish its once trend setting status.

At the very least, they somehow need to regain the spec advantage that they once had over the higher end Android devices just to compete with them on equal ground.

Starting a brand new spanking revolution is an extremely difficult thing to do, and it can’t be done on demand. And because of subsidization which exists to the mobile operators, Apple can’t really even offer a cheaper basic iPhone solution because of costs.

The Competition For Smartphones
With the high-end smartphone market being open and vulnerable as ever, the competition has become extremely fierce for Apple.

With the likes of Samsung, Nokia, HTC, and maybe even Blackberry, the real risk of Apple losing yet more market share is very real, and will erode their profitability.

So although Apple continues to make money and remains smug, and most likely will for a while, it’s a direct alert to be aware of, their obvious decline and one should become cautious of it.

Apple is no longer that “sure-fire” winner that it once was, and there’s no point exposing its once lofty equity standpoint because of the new reality which is increased competition.

Foods Which Can Instantly Boost Your Cognitive Function

How Being Superstitious Can Alter The Outcome Of Your Life