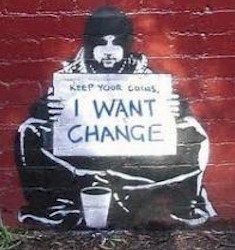 The headlines on the newspapers of the world couldn’t be any clearer, the damage was done: Riot in Vancouver 2011. The subheading blamed everything from a misspent youth subculture who weren’t hockey fans to lovers passionately making out on the street.

The youth of this society, most commonly who were suburbanites, expressed their feelings of their apparent victimhood based on their life’s circumstances. The riot, looting and arson doesn’t as much represent the violent attacks on the civic structures or towards the police, but more for what they represent. It’s their way of making the public as well as the government in particular, aware that the youth of today has had enough.

The sheer violence only represents a pent up frustration by this generation who now feels lost as well as abandoned by society’s mainstream. These kids are telling anyone and everyone, and now who are listening because of that night, that they are sick and tired of being forgotten.

But instead of speaking out loud with words, they are instead throwing rocks at police or setting cars on fire. They’ve informed us that nothing has really changed since the last time that they decided to violently speak out.

The young as well as the old continue to roam our streets with nothing else much to do. The employment rate remains high and any money which is earmarked for any hope of sociological improvement ends up wasted through ineffective repetitive services.

The violence that has being witnessed is a sign of hopelessness in the youth and the real fear that society has decided to move forward without them. Violence is their sole expression of they are feeling alienated, estranged and disempowered.

So is there anything that can be done to change the situation? There are obviously no quick fix solutions, but a concentrated reallocation of resources would be a start. Develop urban renewal programs which reaches out to the broken down areas of the sorely forgotten, along with an increase in spending of rehabilitation projects.

Social resources need to be made available for the entire family as a whole. The community must all become involved helping in the development of those who appear to be most at risk of one day becoming disaffected.

Are those days now forever gone when the very nature as well as the activities of an individual were once judged on the basis of his social and educational qualifications. The very revelation of the violent youth riot groups in both economics as well as the psychology proves so.

So whom is to blame? Was it the mistake of the education system or the individual who didn’t deserve or learn from the education? Research has shown that these rioters not only feel proud in assessing the amount of damage from their actions, but they also proudly proclaim that they were responsible and participated.

If an individual does something wrong, then the public will blame their background, but in some of the cases, it appears that the entire family seems to be well educated as well as holding respectable positions in society.

When our kids begin to make wrong life choices when they are young, it then starts to manifest, and depending on the parent, they won’t bother to punish them for the wrong doing. So what’s right or wrong to the child becomes distorted.

This is not saying that you have to send them to prison, or child labor camps, or give them 30 lashes from the business end of the belt. But just sitting down and then talking to our kids instead of raging, then and only then, the building of the bridge occurs to problem solving the differences.

We can set examples by attempting to be tolerant, something that most kids may be desperate to learn. By simply becoming and doing what we preach, we then are effectively teaching our kids by example. We let them know that there’s better as well as easier ways to accomplish their goals other than by they getting angry or misbehaving.

We all know that volatility in children is going to eventually happen sooner or later, they will stand up and be counted, and we need to be ready and be set when it does happen. When the transgression does eventually hit, that’s when we need to just take a step back and then breathe. We need to just look at our kids and then recognize how really blessed we are to have them in our lives to begin with. We need to really appreciate how great they make us feel.

That’s where the patience comes in. Patience in talking to them as well as showing understanding as we attempt to learn the reasons why they did what they just did. Just like a doctor, we are required to identify the problem, diagnose that “bad act” as a curable symptom and then work together with them to come up with an amicable solution.

We do not have to live on forever with our punishment for those past offenses. And neither should they. The sooner that we eliminate the anger as well as the hurt, then the sooner that we begin to put our consciousnesses towards positive behavior.

Our kids will then learn through our compassion that every new day, there is a new chance to start over again. This springs hope into them, and along with the hope develops the desire of wanting to accomplish something that’s positive in their life. But without this hope, there really is nothing to really live for.

By practicing a little patience, we can teach our children how to properly solve their own problems, and how to learn and then correct their misbehavior. Our kids will become grateful for they having another chance, and we will be glad that we gave it to them.

We go back to remembering that at one time we were those kids. And we will never forget how we messed up, was there someone there who decided to sit down with us, and give us another chance?

Well, they did not send us away to prison. They in their own way gave us another chance at this thing called life, and then we eventually learned our lesson and hopefully grew up as a better person because of it.

In opinion only – Thank you for reading
Mick Kawashima