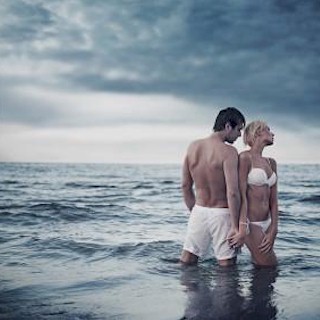 This is our life duty. To search for and find a lasting relationship, one that progresses into parenting children, this to create a new generation, this to prolong the family name and human race. It’s however one of the most difficult things that we face in life, as there’s no training, only harsh reality.

Most have no idea if their current partner, is even right for them. Is it time to move on, or are they “the one.” There’s no single answer or indicator of knowing, this because everyone’s situation and environment is different. There are some common indicators however, that may reveal it’s time to part ways before it’s too late.

So before moving forward, before committing to this individual, take the clinical observational view of an outsider. How a complete stranger who has no emotional connection, would view your relationship.

How Different Are Your Core Values
Core values can’t be negotiated. You either believe in them or not, so they shouldn’t be readily altered to suit the other person. This includes the desire to get married, how many kids to have, travel the world, eventually move to Iceland.

If you and your partners core values happen to differ significantly, realize that’s a major red flag, which should be a cause for concern. This regardless of how well you both currently get along. So make sure that you discuss, and know what they are.

If you’re willing to alter your core values to some degree, then realize that those “values” aren’t no longer or ever were your true core values.

If you’re wanting to slightly alter your core values, it shouldn’t be because of the constant suggestions or pressure from your partner, especially if they’re significant. They should be your own decision, based on personal growth.

Are You Constantly Taken For Granted
You’re constantly watching the movies that your partner picks out, or are always watching sports or cooking shows you despise. You eat the food that they’ve decided to bring home from a local take-out restaurant, this without consulting you first.

You dress yourself or the kids, based on how your in-laws approves or demands. Meanwhile, what they never do is acknowledge, or thank you for you doing so. What they do is just take your submissive behavior for granted.

What they believe, assume, is that this is how things are meant or should be. What you feel is that you could easily be replaced, if you don’t comply to their wishes.

Whatever you do, doesn’t make a difference or alters their behavior. If this is the case, then evaluate your relationship, and decide how much you’re taken for granted.

You Never Get Any Respect
A lack of respect can be revealed in a variety of ways. One sign is the lack of forward moving progress or action. Other more obvious ones, include verbal or emotional abuse, along with displaying passive-aggressive behavior.

Some signs of disrespect or forms of abusive behavior, can be so subtle to the point that it becomes difficult to recognize it as intent, so look out for the signs.

Your partner may be well aware that they don’t do their fair share of the household duties, yet they don’t do anything about it, which is passive-aggressive behavior.

They may purposely choose to create distance between you, this by making plans for the upcoming weekend without first asking or telling you first, or they might just break previous plans you were looking forward to.

At times, there are signs of disrespect which are less subtle. A partner may verbally call you derogatory names on occasion, then say that they were joking and never apologize, while repeating it often.

The lack of respect might be disguised, such as saying “The clothes that you’re wearing, is what a ho might wear.”

By stating it that way, they’re attempting to control you, without you having a direct way to blame them. The abuse is disguised, as they didn’t directly call you a derogatory name.

Doesn’t Care About Your Emotional Needs
Everything that you do, you do so because it fits what your partner needs, to improve their day. What they think and expect, is that you want whatever they want. They constantly take, but rarely gives you what you want.

What they expect is you to make everything easy for them, yet they hardly do anything to furnish your needs, while continuing to think they’re in a compatible relationship with you.

What they’ll constantly suggest or even demand, is you both do something that they like doing, while never reciprocating back, even after you hint or request something.

You then realize that the times are extremely rare, that your partner has even focused on your needs, satisfied them, or cared enough to understand them.

Your Partner Takes But Rarely Gives
It finally dwells on you as you eventually begin to take notice, that in the spirit of having a relationship, you constantly care and inquire about how they’re feeling, what they’re up to, what their plans are, what mood that they’re currently in.

But your partner doesn’t acknowledge back with the same degree of caring, and may even find it annoying. It’s rare that your partner asks how your feeling, or anything else regarding your welfare.

Also realize that this is the usual relationship dynamics between males and females, where guys will generally tend to hide or don’t care about how you or they’re feeling, at certain times.

Also know that you’re not their caregiver, their parent, they are not your child. Some will just get bothered, and may become annoyed with all the constant nurturing. That’s not the type of dynamic they’re looking for, in a relationship.