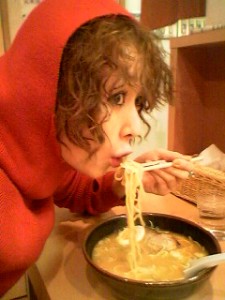 When you hear the words, sukiyaki, tempura, sashimi, and of course sushi, these are what describes the most basics of traditional Japanese dishes, and they do sound exotic and unique. Japanese cuisine and how it is prepared, easily is one of the most healthiest foods in the world, as it concentrates on absolute fresh ingredients such as: recently caught fish and seafood, rice and crisp vegetables. The array of pungent sauces and the delicate flavors of the fresh food, complements and combines with each other beautifully. Great pride is taken into the exact presentation of the food on the serving dish, which turns simple meals into beautiful works of art.

The Japanese have over a dozen different names, just for rice, depending on it’s preparation method and what it is served with. The most common meal is the simple rice bowl, which is just a bowl of steamed white rice served with a variety of healthy toppings or ingredients gently blended in. It’s simplistic presentation has made the Rice Bowl with toppings into the world of Western convenient fast foods, alongside with ramen noodles. Domburi as it is known, is a bowl of steam rice topped with other foods. For example, domburi tendon, is rice that’s topped with tempura, or domburi gyudon is steamed rice topped with tasty cooked beef. The Japanese has also adopted fried rice from the Chinese cuisine over a century ago. When cooking with curry was first introduced, Kare Raisu, or curry rice was developed. It is now an extremely popular dish, so much so that there are now numerous fast-food type of restaurants that exclusively serve several versions of the convenient take out bowls.

Besides steamed white rice being served as a side dish, Japanese cuisine also features whats know as ‘onigiri’, which is simply rice balls that are wrapped in seaweed, with often with an additional ‘yummy’ ingredient in the middle.

As Japan is an island nation, it is no surprise that seafood is the primary diet and is featured a lot in Japanese cuisine. Sushi as well as sashimi are both raw fish or seafood blended with a variety of spices. Impeccable recently caught fresh fish is the primary secret to great sashimi and sushi, which is served with spicy wasabi and soya sauce.

Japans love of beautiful presentation and simplicity turns average slices or chunks of raw fish into exquisite works of art. The fish at times is sliced so thin that it is transparent to look at, and it may be arranged on a platter in such a delicate way that contrasts alternately placed pink salmon pieces with paler slices of fish or radish. Sushi is typically displayed and arranged to show the variety of colors and textures to their best advantage. Turning the dish platter into works of artistry is a pride for the chef who creates it.

Traditionally, meat such as beef, chicken or pork will play a minor role in the Japanese diet, although it has taken a bigger role over the past 50 or so years, as Japan becomes more and more westernized. These variety of meats are now served as a main dish several meals a week. One of the more popular dishes which include meat is ‘yakitori’, which is chicken that’s grilled on a skewer and then served with a light sauce. A typical lunch might include a few skewers of yakitori and a steamed rice bowl with sushi sauce.

One recent twist is that Japan has imported several dishes from other cuisines and countries and ‘Japanized’ them. They have adopted them as part of the Japanese cuisine. Koroke, for example, are English ‘croquettes’ with a Japanese touch. The most common filling for this food is a mixture of minced meat and mashed potatoes. Other Shogatu – or western dishes that have made their way into Japanese cuisine include ‘omuraisu’, which is a rice omelet, and hambagu, which is the Japanized version of the American hamburger.