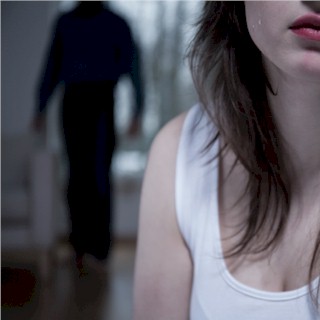 We are all humans who looks different, and fitted with a variety of personalities. Most are brilliant, inviting, and accommodating, while the other majority are those with toxic personalities. We often become fearful to speak up or challenge those who exudes toxic vibes, especially in relationships.

What toxicity can do is present itself in a variety of forms. The worst trait being that they don’t reveal themselves of their true nature, this until it’s too late. What they originally appear to be, is presentable and nice. They have an inviting persona on the outside, but are purely deceptive inside, an illusion that they submit much too late.

There are a variety of clinical reveals when it comes to a toxic personality. Unfortunately, the relationship itself, can eventually become spoiled or abusive. So know the signs before it’s too late, as what may be hidden beneath the happy sincere smile, is someone with a dark side.

Recognize The Signs Of Toxicity
Beauty is skin deep, which is true in a variety of forms. There are some who appears to have everything, seems like the complete package. A great supporting family that likes you, a good education which turned into a successful career, and a personality which appears kind.

Then the cracks in the armor begins to reveal themselves, as toxicity has a variety of shape shifting forms. Once exposed, it can eventually become difficult to escape the emotional and mental turmoil, this when someone appears to be perfect, this on the exterior.

So the key becomes learning to recognize these toxic people as they come into your life, this before it’s too late. It could be cutting ties to a friendship, a romantic relationship, a coworker, or even a family member. The key becomes knowing the traits of those who are toxic.

Those Who Criticize
Some will judge and criticize everything that you do, good, bad, or indifferent. Know that criticizing is different from giving advice, so it becomes vitally important to know what the differences are.

What some will do is criticize your every move, thinking that they’re helping. “You’re going to wear that?” “What’s wrong with you?” the list is extensive. You feel belittled and think you can’t do anything right, this regardless of how hard you try.

A critic contributes significantly to a toxic relationship. Critics can insult your sacred beliefs, how you look or think. Where this stems from, is those who are critical has low self-esteem issues, so they want to be in control.

They’ll criticize the person rather than the behavior. A parent for instance might say, “You’re a bad boy,” instead of, “You did a bad thing.”

Passive Aggressive Behavior
A passive aggressive personality is thought to be one of the most toxic of relationships, as it’s difficult to detect what the true signal the person is attempting to convey. The traits include sarcasm, denial of feelings, backhanded compliments.

Say that you did something to upset the passive aggressive person, but you’re not sure exactly what it was. You ask why they’re angry, so you won’t repeat it in the future.

They however won’t tell you why they’re upset, and says, “I’m fine” or “I’m not mad,” even though they’re visibly angry or withdrawn from you.

This can cause you to wrack your brain on what their hidden messages are. You’re not a mind reader, but yet forced to retrace your every move or word.

If a person can’t communicate effectively, or needs to rely on sarcasm as a defense mechanism, acts like nothing’s wrong or sends mixed messages, you’re dealing with someone who’s passive aggressive.

Dealing With Narcissists
Those who are narcissistic has a “god” complex. They know everything, are always right, and aren’t afraid to let you know. Regardless of how accomplished you are, you can never measure up to this individual.

Narcissists will place themselves on a pedestal, while looking down at you and everyone else. You end up competing with them in every possible scenario. Narcissists never compromise, lacks insight and empathy.

They demand to be the center of attention, always making it about them. They seek praise in every situation, even it’s not their time to shine. They show an obvious lack of self esteem.

Narcissists are willing to destroy everyone around them, this once they’re feelings are hurt or rejected, which is a frightening sight to witness, if displayed in public.

Emotionally Unavailable
This individual refuses to share their feelings or engage in conversation, when issues that needs to be discussed arises. This is also often referred to as “stone walling,” where they refuse to communicate, to avoid the issue.

This makes the other party feel unworthy and insignificant of honest two way communication. They can come across as cold and aloof, while not admitting there’s a problem.

What refusing to communicate does, is creates negative feelings while building barriers for successful unbiased communication. Since they don’t respond, it makes you irate and frustrated, as you suspect they doing so, might also be intentional.

Antisocial Personality
Psychopathic behavior is thought to be genetic or conditioned. This disorder has a series of traits. Those who are sociopaths, their behavior usually stems from childhood. It can at times be characterized by violent behavior.

A psychopath, is someone who feels no empathy or remorse, and will take advantage of others, this legally or criminally, such as white collar crimes.

Psychopaths are chameleons capable of acting out an emotional part, to manipulate situations, such as for money, sex, ego gratification, prestige, etc.

They can be so skilled in deceiving their victims, that they’re often completely unaware of what’s happening. The psychopath’s main motivation is to control, which is slyly hidden beneath their demeanor.