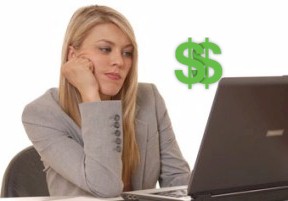 Watching online videos on the Internet is the path of least resistance, simply because they are a lot more convenient than reading text based content. Since video is visual, it’s also able to describe their message instantly, allowing their viewers to absorb the required information immediately. So it only makes sense that the usage of videos for online marketers is only bound to get popular.

For the most part, a large portion of the online merchant community has somewhat neglected, or at the very least has underutilized the usage of this proven medium.

For one reason or another, online merchants, businesses, retailers and online services are yet to fully grasp onto the online video bandwagon, so as a result, it appears that the online consumer’s appetite for e-commerce based videos are in short supply as the demand continues to grow.

So the end result of this ever expanding interest from the online shoppers, combined with the current vendor’s overall inability to produce quality video’s quick enough to meet the need, presents an absolutely unique and viable business opportunity for savvy video production and development companies.

There is growing evidence which points towards an extremely convincing snapshot of why any online marketer needs to begin implementing e-commerce based videos into their arsenal.

[ad#co-1]
Why Not Give The Consumers What They’re Wanting
Online retailers as well as merchants, who chose to have their own YouTube channel displaying their products are continuously increasing their number of subscribers. Some video based retailers has increased viewership by over 20% percent from the previous quarter.

The amount of actual subscribers numbered over 575,000 viewers to these various “retailer” YouTube channels, which totaled a whopping 425 million views. These were just merchant based videos displaying their products or services on YouTube, and no other video source.

Also during the same period, the number of actual merchant videos which were posted on YouTube reached just over 95,000, which only represents a 10% percent increase from the previous quarter. The end result is that the “ready to buy” online shoppers are consuming these videos at a rate which is significantly higher than what the merchants are able to provide. That window of opportunity may be closing however.

Boom Or Bust For Major Retailers
For the majority of the largest online merchants on the internet, it appears that providing videos are for the most part completely ignored in their marketing strategy, or are being extremely mass-scaled down. When looking at these major online retailers, the majority of them actually displayed fewer than 10 videos on their websites, while a significant number of these retailers had not yet used any e-commerce videos on their sites at all.

Why Not Start Showing Videos
So the end result is that a huge majority of these online retail giants for one reason or another, are continuing to ignore the obvious benefits of using video. But there is a definite shift which may about to take place in the near future. A number of the largest retailers on the internet who’s decided to post more than 100 videos on YouTube is on the rise. Still, this number however represents a small minority.

The SEO Benefits Of Online Video
According to industry reports, close to 20% percent of the results on the major search engine pages contained some type of video results on the first page. The majority of these video results were for retail or marketing related keywords and posted on YouTube.

When analyzing close to 35,000 of the most popular keywords within the top searched categories from Shopping.com’s search results, “computers” as well as “gaming” had the highest percentage of video results, while “furniture” had one of the lowest video results.

Getting Better Results
For those large retailers which has a significant presence online, as well as they being gauged as one of the benchmarks for other online retail sites, their usage of online eCommerce videos is exceptional. The amount of site traffic which they draw and can attribute directly to their videos, is estimated at around 75,000 visits per month.

While just a few of these top retailers has adopted eCommerce videos on a massive scale, the smaller retailers and merchants need to get involved, rather than just watching from the sidelines.

They can begin by posting a handful of easy to produce, simple product or service based videos and post them onto their sites, while leveraging as well as popularizing the same videos on their YouTube channel, building brand popularity.

There is no doubt that online videos are continuously growing and there are far too many retailers and service businesses which are missing out.

Why Cloud Computing For Businesses May Not Be For Everyone

Why Trade Binary Options In The Financial Markets