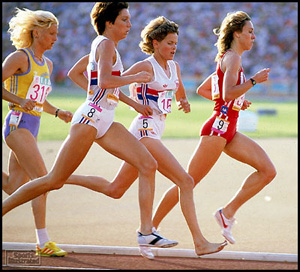 Way back during the late 60’s, just a thin rubber soled, canvas topped pair of sneakers were all that were available, and thus good enough for those who ran. These days, forty or so years later, precise jogging shoes now have a custom elevated cushioned heel, which are scientifically placed with pockets of air or gel, along with foam insoles and built-in arch supports and stabilizers. Meet the modern day running shoe. These now multi-billion dollar specialized shoe companies, with its advanced technology, usually charge anywhere from $99 to $499, by promising just one thing. When you run, there is better comfort and a reduced risk of injury.

Runners and weekend joggers bought it, not just the advanced shoes, but the shoemakers claims that the additional cushioning and the stability protects against soreness and injury, thus worth the money that’s charged for the technology.

There have been researchers however, which have been wondering about and questioning whether all that expensive rubber technology really delivers. And whether just a stripped-down, hard sole pair of running shoes can just as well reduce the risk of injury from jogging. Can they work just as good as the shoes pumped up with gel, air and space age rubber.

The advanced pronation-control running shoe system along with the elevated cushioned heels are being challenged for validity. These are the high priced custom prescription, long distance running shoe which can easily cost $500.

The results? They have identified after several studies that these additional features in the shoes actually failed to achieve their purpose, and at times proved to be potentially harmful.

It’s well known that the direct impact stress of each stride can lead to injury, but there is no actual proof that the advanced shoe design actually helps or avoids the injuries that runners may incur. And since injury for the average recreational runner are quite significant, with 35 to 57 per cent of these runners being injured at least twice a year, what role does the shoes play in the determination or severity of those injuries.

That is the reason why a lot more runners are now ridding of the high tech shoes altogether, and some are even going barefoot. Bringing the bare foot in contact with the ground actually has its benefits, says these shoeless runners. Without the cushioning, the foot naturally reacts by changing the stride and the landing mechanics to reduce impact. It also makes the foot work harder, which makes it stronger than a foot that’s pampered with all that extra cushioning and stability.

So what is the average recreational weekend runner supposed to do? Should they be dumping the Nike Air and try something different?

Well, a study done by a Kinesiology and Physical Education specialist who’s expertise is bio-mechanics with particular interest in running, concluded that the trend is now towards a lighter, thinner soled running shoe. But he also warned that it is not suitable for all runners.

So what’s that line between having too much cushioning or too little? The reason why runners incur injuries are because of a combination of factors, and the shoes are only one of the reasons, when evaluating the origin of the injury.

Runners should be aware that there’s really no ideal or perfect shoe type, so be careful when listening to all those sales pitches. If you have remained relatively injury free, then don’t go changing your running shoe for that newer, sleeker shoe model. But if you suffer from chronic injury, perhaps a new shoe with different features is a good idea.

Don’t expect any miracles from the shoes. There are no shoes out there that will protect you from injuries, which are caused by poor training practices, such as not warming up properly. These shoes should also not be worn beyond their expected life span.

So don’t go out there and buy the latest, greatest shoe manufactures design, as they may not perform as advertised. No one knows your feet and body better than you do, so when choosing the perfect running shoe, the ultimate test is in your running.