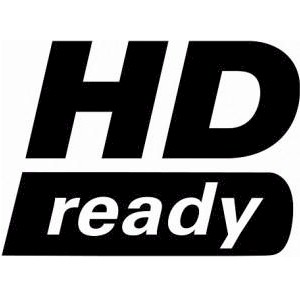 When you’re in the market for a HDTV, then you need to understand the latest technologies which are now featured on high definition televisions. There are a few significant factors which you should be considering. With costs aside, the biggest feature is deciding on the type of display.

Those big boxy CRT TV’s are now long gone, as are the first generation rear projection HDTVs, all but extinct. The current HDTV market now offers 3 distinct choices, all different because of their display technology.

The three different types are: Plasma TVs, CCFL back-lit LCD TVs, and the LED back-lit LCD TVs. Ever since these technologies became mainstream, the question remains which of these are the best.

When HDTVs were first originally introduced, the black based Plasma TVs offered excellent crisp picture definition, and was the TV of choice for flat-panel technology.

Then the HDTVs began to progress into thinner, lighter, and more energy efficient LCDs models which featured CCFL back-lighting technology, which were less expensive than plasma’s, and more functional. As a result, they became the TV of choice.

The technical differences between the plasma and LCD TVs wavered for a while, as each offered their own economic and visual benefits, which was also dependent on the manufacturer, model, the life cycle of the TV itself, and it’s price point.

More recently, because of the advent of a much more sophisticated back lighting technology, there now appears to be an unanimous winner which is the LED TV.

LED based LCD TV’s are unmatched when it comes to energy efficiency, and are now considered the best choice when it comes to flat-panel HDTVs. But currently, the LEDs are also the most expensive, but the price is expected to eventually level out.

So when you’re out on the market and inside the store, and provided that you can afford it, the best recommended choice is now crystal clear, choose a LED back-lit LCD TV.

The Differences In Technology Between Plasma, LCD, And LED

Once you bring home your new TV, plug it in and it’s sitting in your living room, all you care about is that the picture quality is decent.

The technology, however, which goes into the 3 different televisions are vastly different, this based on how the screens are lit.

Plasma TVs – The phosphors which creates the image on the plasma screen are able to light up by themselves independently, as a result this technology doesn’t need a back lighting source.

LCD TVs – The liquid crystal screen used in LCD TVs aren’t able to illuminate by itself, requiring a separate lighting source. This is the primary difference when it comes to “regular” LCD screens, known as CCFL back-lit LCD, and the newer LED back-lit LCD screens. What the older LCD TVs uses are cold cathode fluorescent lights (CCFL) which are used to illuminate the screen. These CCFLs are somewhat similar to the fluorescent lights which you’ll see in lamps, or the overhead light fixtures in your office. What they use to generate light is charged gas which produces the light.

LED TVs – As the name implies, these TVs uses light emitting diodes (LED) which illuminates the display. LED back lighting technology has become the HDTV of choice in the last few years, and CCFLs LCDs are now usually available primarily on budget based HDTVs.

Types Of HDTV Display
The most prominent issues when it comes to display are the different screen thicknesses, the brights and the dark’s in contrast, energy efficiency, and the cost.

Most likely, what you want is a HDTV that’s thin and lightweight, affordable, and the picture quality crisp in definition, showing sun bright faces and deep dark blacks.

But know that all of these qualities may be currently impossible to get on one TV, but the LED back-lit LCD HDTVs are the closest technology, and the price currently reflects that quality.

LED TVs The Latest In Technology
The LED TVs are currently able to command the premium price, as they typically cost more than the CCFL LCD’s of the same size. These LED TVs are becoming the standard when it comes to both mid and high end models, while the LCD CCFL are now more in the budget category.

Generally, the plasma TVs on average are also less expensive than the LED TVs, and slightly higher than the CCFL back-lit LCDs. What you get in return on a plasma is a thicker screen and more power consumption. They also don’t usually offer the same picture quality that a LED back-lit TV can.

When Size And Power Matters
The actual thickness of the screen isn’t necessarily the most important feature of a HDTV, but may be the most appealing visually. A wafer thin HDTV can be striking to the eye, easily finding a home on your wall, and be a compelling part of your home theater package.

So because of this, LED screens are the clear winner, with plasma being close behind. The LCD CCFL screens are much thicker than the LEDs, while consuming much more power.

If energy efficiency is important when choosing a TV, then the LED TVs win out again. The LED TVs which are 55 inches or less will consume around 80 watts, while plasma TVs of the same size can burn up to three times more.

So Know Which HDTV To Buy
This provided that they’re within your budget, the LED HDTVs are the preferred and recommended choice. They’re extremely lean, energy efficient, and are able to produce an excellent clear crisp vibrant picture. But again, these features cost more.

If you’re looking for the best bang for your buck, then consider a good plasma HDTV. They’re bulkier and consume more power, but in return you’ll get excellent cinematic quality.

If your budget is extremely limited and can’t fit into a plasma TV, then a LCD CCFL is your option. Keep in mind that they’re not usually able to meet the plasma or the LED TVs on screen size, quality, or features, but they are an affordable HDTV.