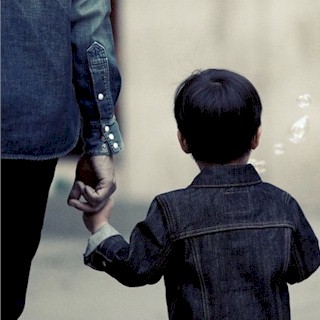 Parents usually don’t realize they’re being narcissistic, as it’s a particular parenting style to raise children, one where they’ll fit them into a defined role prescribed for the child. The narcissistic parent is more like an architect, as they draw up plans for what the child should be, and how they behave.

What the narcissistic parent has is a set design from the very beginning. This can include how the child acts, how they react, a blueprint education, and even how they dress. They’re extremely image conscious, as what have are strict guidelines and needs for their offspring, this to tailor the image that’s set out by the parent.

They’re motivated by the hopes that their child will achieve a fixed projected type of success, that’s usually conceptualized by the parent alone. Narcissistic parents often didn’t achieve their own goals, so they’re molding their child to compensate for their shortcomings.

The children are then cast into the role of playing puppet, while their parents pull the strings. What they ideally want is to orchestrate all the moves their children makes, such as their friends, the sports they play, who they date and eventually marry.

How The Child Looks
When it comes to narcissists, image is everything. The clothing that their babies and kids wear, are precisely chosen. But once children reach school age, what they develop are ideas on what they want to wear, but their parents won’t have none of it, as the child’s opinion doesn’t matter.

It’s understandable to have certain rules, but what’s needed is to give the child freedom of expression, such as what they wear, or how they choose to keep their hair, whether it’s short or long. The narcissist however lives their life through their child.

Report Cards Become Personal Statements
Every action that the child takes is tracked by their narcissistic parents. So what results once they grow into adults, is that many will spent countless years to undo the toxic mental programming that they received, this from their parents.

There are instances where their parents would forensically calculate their grade point average, this even in grade school. All that the parent wants, demands, and cares about is that they get good grades.

What they won’t do however, is care enough to help their child with their homework, this to get these high grades. This is a typical characteristic of the narcissistic parents expectations and logic.

They want their child to perform at a high level, but they won’t sacrifice their time or energy to help them. The child then feels isolated, that they’re on their own.

All narcissistic parents are concerned about is social status, thinking that it’s the success of those around them, is what reflects highly on them. So they’ll tell their kids that they should be friends with those who ranks high socially.

The child however needs to find and make their own friends, this to be comfortable and happy, giving them a sense of purpose by making their own choices, which turns into adult and professional success.

Narcissistic Parents Demand Compliance
Narcissistic parents are strict, as they demand obedience and compliance from their kids. This because what they did was set up a protocol for them, a step-by-step how-to program, and they expect them to follow it.

If the child happens to resist their parent’s authority, what this runs is major interference for the parent’s plans for the child. The parent’s are thinking, Johnny, you’re not doing what I’m wanting or asking you, and my needs are always more important than yours.

Healthy adjusted parents don’t use this type of compliance on their kids, this because they haven’t finalized the personality profile of who their child is yet. They see their child as being independent, while expecting and allowing uniqueness and individuation from them.

Chosen Post Secondary Education
What’s bliss for the narcissistic parent, is that their child just got accepted into Harvard. This because what it does is reflects highly on them, and not what the child has done.

It doesn’t reflect any badly on a parent, if their child decides to go to a local community college. Their child getting accepted into Harvard, is more a reflection on the child’s achievements, and not because of their influence.

What healthy parents realize is that their child are their offspring, but they’re not carbon copies of them. It’s completely okay that their kids are different from who they are, as they want them to just follow their dreams.

What doesn’t matter is what type of school they go to, or which occupation they happen to choose, as they’ll get their support regardless.

They Choose Their Profession
What parents should never do is dictate which occupation that their children pursues, such as they becoming a doctor, lawyer, or CEO, just because it’s their own chosen field. All this does is verifies that their kid is a chip off the old block, which fortifies their ego.

The goal for parents should always be to help their child identify their interests and skills, this based on their aptitude and interests. To provide a landscape of choices, so they can become independent and happy at what they do.

Pushing their kids into something they don’t like, will create a lifetime of unhappiness for them. Parents should accept that their kids follow professions that they want to be in themselves, professions which will capitalize on their own unique strengths.

10 Reasons Why You Should Never Insult Others