Listening To Binaural Beats Can Change Your Life
Skip to content 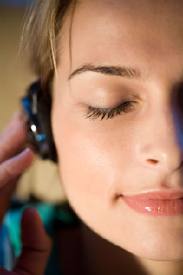 So you’re wondering what the heck is a Binaural Beat? Well, what if you can inexpensively use a safe method that will allow you to meditate almost like a Zen Buddhist monk? Also imagine that almost at will, you are able to enter into a self controlled, deep meditative state without virtually any effort. And at the same time, you can subconsciously reprogram your mind into anything that you want it to be, while stationary in this same state of mind.

Binaural Beats are a specific set of tuned frequencies that will instantly bring you into a profound deeper state of meditation, this within minutes of using the sound technology. What binaural beats does is it utilizes a specific audio mixing technology which is designed to alter the brain activity of the listener. This is easily achieved by you sitting down in an area where you won’t be bothered, and wearing stereo headphones to listen to these beats. These beats contain finely tuned Alpha, Delta and Theta brainwave patterns.

Yes, It’s Proven And Safe
When your brainwave patterns begin to change, it’s been documented that there’s also a change in the chemical reaction in your body, which has a profound effect on your physical structure. Listening to these peaceful beats have the same effect and benefits as if you were in a deep meditative state, also known as transcendental mediation or hypnologic trance. There are only a few individuals that can enter into these deep states of natural transcendental meditation at will, and usually takes a lifetime to learn and perfect. With the use of binaural beats, these states are immediate.

The frequencies of these binaural beats allow you to tap into specific parts of the subconscious mind. These tapped areas are at the subliminal level and resides directly below the conscious threshold. Binaural beats can be combined with a variety of self improvement tools such as: subliminal recordings, visualization or affirmations, to effortlessly increase areas of personal development. It does so by creating deep states of relaxation, putting you into Alpha, Delta and Theta states. Yes, you know them as the sleep states. They can also be used to help alter unwanted beliefs, heal deep rooted emotional issues or create changes in behavior.

Listening To Binaural Beats Has Proven To Do The Following
1. Create states of deep meditation
2. Boost intelligence as well as creativity
3. Slow down the aging process
4. Change emotional belief and habits
5. Relaxation by eliminating anxiety and stress

The advantage of using binaural beats is that they can induce these subconscious states by creating changes almost instantly without any effort on your part. All that’s required is that you put on a comfortable set of stereo headphones, and let the soothing sound technology do the rest.

The History Of Binaural Beats
The modern day development of binaural beats technology can be accredited to Dr. Gerald Oster. Dr. Oster published his research reports regarding binaural beats in the Scientific American in 1973, after conducting extensive studies.

Originally, Binaural beats were first discovered in or around 1839 by Heinrich Wilhelm Dove, a Professor from the University of Berlin. Mr Dove discovered by accident, that when there are two similar sounds, and these sounds are shifted slightly in frequency then sounded separately into the left and then the right ear, they are able to cause a beat or pulsation altering effect within the brain.

It was Dr. Oster years later who had realized the full potential of using this technology when he studied the effects that binaural beats have on the mind, as well as the body.

Listening To Binaural Beats
There are now quite a few organizations who has developed and enhanced binaural beat technology. It is also possible to create your own beats, provided you have the proper mixing software. You should however have an in-depth knowledge of how your own personal brainwave patterns work and how they effect your mind and body, before trying to create your own binaural beats. Yes, they are that powerful.

There are a few detractors who has created their own binaural beats, that claim they have actually had a negative or damaging effect on them. For this reason, it is recommended that you use the pre-tested, ready made recordings that are available on the market. There are binaural beat packages that are able to induce almost any emotional state. There is also a Binaural Beat program available for self improvement that you can enroll in. This program can take several years to complete.

The majority who has listened to Binaural beats claim that it had a positive effect on them. It is advised however, that if you use binaural beats for self personal development purposes, and if the experience is uncomfortable, stop immediately.

Binaural Beats And Reprogramming The Mind
ECC machines has been used to monitor the brain activity of life-long meditation practitioners. While they are in a deep meditative state, these experts has displayed deep alpha, delta and theta brainwave patterns. These are the same states that listening to binaural beats can instantly create.

Alpha Delta Theta Brainwave Patterns
Alpha wave patterns will appear in the brain, when in a relaxed state. During this state, the brain is extremely susceptible to suggestion. This is the same state that you will enter during hypnosis. Theta brainwaves are able to absorb large amounts of information. Delta brainwaves are when the brain is entering into a state of deep dreamless sleep. The Delta state is also the main vehicle used for practices such as transcendental meditation. Although entering the delta state while fully awake can be a very relaxing experience, it’s during this brain activity that the most significant internal change occurs.

When the listener is brought into this deep state of meditation by using binaural beat technology, it can activate major changes in ones emotional, physical and mental makeup. This can actually be a profoundly life changing experience. While in this state, you’ll find past memories that will resurface as the binaural beats will direct your brain to restructure and reconstruct its neural network by raising your “comfort level” to a new higher level. After several ‘beat’ listening sessions, you’ll find yourself less stressed than in the past, and your reaction to certain situations that would have made you upset in the past, a lot more relaxed and composed.

Listening to Binaural Beats technology will literally eliminate: negative, mental, emotional and physical patterns. The discomfort as previously mentioned, will usually come earlier during the restructuring of your brain’s neural network. This is because old, forgotten or buried memories which were uncomfortable are being triggered in the brain, before the emotional response is eliminated.

You will still be left with that negative memory of the event, but you will no longer have any emotional attachment to it. The good news is, it will not have any affect on your positive memories! This may be because of the natural state of ones mind and body. This system of mind and body is always looking for equilibrium and harmony, which leads to feelings of joy and euphoria.

Binaural Beats – Why And How Do They Work

Binaural beats are precise auditory brain stem responses, which originate in one’s superior olivary nucleus, which are present in each hemisphere of the brain. These responses are due to the interaction of the two different sound impulses.

The frequency of the two simultaneous tones can be anywhere between 1 Hz to 30 Hz. Lets say that for example sake, the difference between the two simultaneous tones is 10 Hz. This 10 Hz difference of sound waves are experienced in the superior olivary nuclei of the brain as a binaural beat. The brain then has a tendency, through following the frequency response, to resonate at the exact same frequency as the stimuli being presented.

The difference in this case is 10 Hz, which happens to be the frequency of the Alpha state. If we offered a binaural beat frequency of 5 Hz, the brain will then begin to resonate with that frequency and automatically begin to produce Theta brainwaves. If we present a binaural beat of 3 Hz, the Delta brainwaves are then automatically detected. The Alpha, Delta and Theta brainwaves are connected to different altered states of consciousness that can reprogram the subconscious mind, as well as eliminate negative thinking schemas, and releases emotional connections to memories.

So in layman’s terms, what this means is that you can just sit back and relax, put on a set of sensitive stereo headphones, and just let your mind synchronize with the binaural frequency, to instantly and automatically create measurable positive changes in your mind and body.

Available Binuaral Beats Programs
The Monroe Institute has for over forty years experienced noticeable life changing effects on the users states of consciousness while using binaural beats in their sound audio patterns, which are called Hemi-Sync. Centerpoint has also conducted intensive research into the use of binaural beats as well. They have created a best selling program called Holosync, which concentrates primarily on self improvement and higher levels of conscious interaction. This is achieved by creating the exact proper desirable emotional, environmental and physical changes through the reduction of one’s anxiety threshold. They use the binaural beats technology to reprogram the brain, by removing old emotional thinking patterns as well as negative emotional connections to long buried memories. You are also able to create your own personal affirmations in advanced stages of their course to reprogram your own beliefs. These advanced technologies however, can become quite expensive, but the overall benefits are proven and immeasurable.

There are inexpensive alternatives to the techniques as well, with the end benefits being the same. Binaural beats are now available in audio sound technology in affordable CD sets, that you can instantly and directly download onto your computer or MP3 player. These can be listened to immediately to create a variety of different positive states, such as: meditation, deep sleep, increased creativity, vivid dreaming etc.

There is software that’s also available so you can create your own binaural beats. But as stated, when it comes to brain entrainment, this should be left to the professionals who has experience in this field. This technology definitely works, but you won’t really know for yourself, until you try it out.

Binaural Beats Is An Accepted Technology
Listening to Binaural beats is an accepted technology that creates automatic brainwave changes. This in turn alters and elevates your mood and encourages your body to heal faster and develop harmonious interactions between cells. There is also research currently being conducted to determine whether these binuaral beats can direct the brain to reformat DNA encoding. If this is possible, then the possibilities become almost limitless, resulting in a decrease in any illness, repair of genetic disorders, reversal of aging… etc.

If you are not that interested in personal development or self improvement, then listening to the binaural beats recordings can also help in giving you an instant natural energy boost, relaxed meditation, help you to lose weight, attract money, or spark the creative areas of your brain. Binaural beats are also proven to induce deep natural sleep, and there is even a program that acts as a digital drug!

When listening to binaural beats, these changes happen naturally and effortlessly. All that is required by you is a good pair of headphones and a comfortable place to sit or lay down. The recordings will do the rest.

Where Does That Paved Road Of Genius Begin