5 Natural Sweeteners That Are Healthy For You
Skip to content 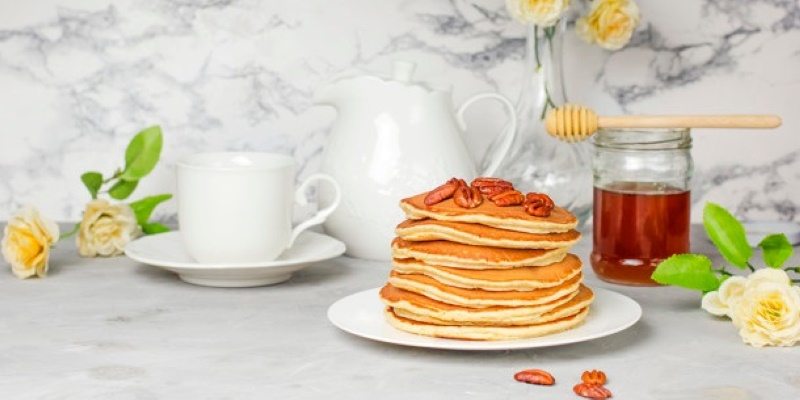 Regardless of who you are, what we’re always wanting to do is feed that insatiable sweet tooth of ours, this without ever wanting to add any unneeded empty calories or sugar substitute chemicals into our system.

So it’s been found that the best alternate are a variety of natural sweeteners. The reason being that it’s not because we all crave the taste of sweet, but studies suggest that too much of it will contributes towards weight gain, obesity, heart disease, and worse health issues such as diabetes.

This becomes especially true if the sugar isn’t derived from a natural food source, such as fresh fruit. Although it’s now become common sense for most to avoid empty refined white sugar in our diets, the debate remains how safe the various sweetener replacements really are.

Sweetner solutions with chemically frightening names such as aspartame and saccharin, are the most common artificial sweeteners which replicates sugar. Some would argue that they pose a bigger health risk than the already “bad” empty white sugar itself.

So to get more healthier natural sweetness and nutrition into our diets, and less of the artificial stuff, the solution is adding natural “damage-free” sweeteners. Keep in mind, however, that these solutions should also be kept in moderation.

Natural Sweeteners To Include In Your Diet
• Pure Natural Honey – Honey, the golden nectar of the gods is considered a natural superfood, which contains a multitude of beneficial vitamins as well as minerals.

Manuka honey in particular has been pointed out and is thought to have extreme antibacterial properties, which is known to help in fighting off colds while preventing gingivitis.

Pure natural honey is also known to help in reducing anxiety as well as treating indigestion. It’s known as one of the best natural sweeteners to use when it comes to any bread or pastry based recipe, and because of its high carbohydrate content, it makes for a perfect snack post workouts.

• Natural Agave Nectar – One of the most effective, yet not as well known natural sweeteners is agave nectar, which is extracted from the cactus like agave plant.

It’s found to work extremely well as a substitute for white sugar when added in beverages such as homemade lemonade or herbal tea. It’s also been known to be used as a natural substitute for breakfast syrup.

Since it has a low glycemic index, the agave nectar won’t cause a rapid spike in your blood sugar levels that sugar usually will. However, there’s a warning to use with caution, as what it has are high levels of fruit sugar (fructose), which have at times been linked to increasing the levels of Type 2 Diabetes.

So the best solution is to moderately use agave nectar in conjunction with other natural sweeteners.

• Natural Coconut Sugar – Natural coconut sugar as a sweetener is derived from the extracted sap of the coconut tree. Its flavor at times is often compared to brown sugar with an added hint of caramel, so it works extremely well as a substitute for white sugar in desserts.

The producers of coconut sugar claim that this natural sweetener is a low glycemic food, so as a result, it may take the digestive system longer for it to break down into soluble glucose. It’s also high in glutamine, which is known to be an anti-inflammatory agent.

• Natural Maple Syrup – Natural maple syrup is extracted directly from the sap of the Maple tree. In its natural state, it contains magnesium, zinc, and iron, which helps in boosting the immune system. What it also contains are antioxidants which are reported to have anti-bacterial along with anti-diabetic properties.

Maple syrup is most commonly used as a spread over pancakes, oatmeal, or it can be used as an alternative source for molasses or white sugar when baking. But be aware that the cheaper manufactured brands will add high fructose corn syrup or other “bad” sugars to their product as a filler.

So it’s always important to properly check the label for purity, to make sure that you’re getting 100% percent pure maple syrup. The less expensive products with additives are no better for your diet, than using ordinary refined white sugar.

• Natural Stevia As A Sweetener – Stevia as a natural sweetener is one of the only pre-packaged sugar alternatives which isn’t chemically processed. It’s derived from the leaves of the Stevia plant, and is usually available in powder as well as liquid form. Stevia will usually taste sweeter than sugar, so it’s recommended that you use just small amounts which can sweeten up any bland tasting food or snack.

Since stevia is calorie free, it’s considered an excellent alternative to natural table sugar for anyone who’s monitoring their diet, or attempting to lose weight.

Make sure that when buying stevia to avoid product which has been mixed with xylitol or white sugar, especially if you’re wanting its healthiest purity, or the best natural value for your money.

It’s thought that out of all the natural sweeteners which are currently available, stevia is considered the best source if you’re watching your health, diet, and waistline.

What You Should Know About Natural Sweeteners
What all of these natural sweeteners will do is help you in getting your sweet fix, with the added bonus of adding nutrition with fewer calories.

So instead of eating a treat which is loaded with unhealthy processed empty sugar and artificial chemicals, it’s recommended that you try out one of these natural sweeteners to get more nutrition and taste from the treats that you enjoy.

How To Properly Lose That Weight Once The Scale Stops Moving