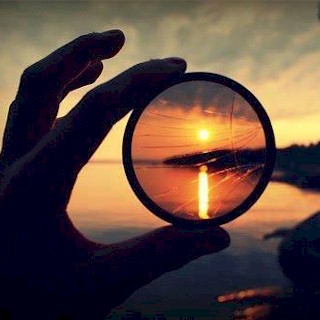 Totalitarianism is defined as a political system, where the state doesn’t recognize limits to its authority, this while striving to regulate every area of public and private life, whenever feasible. One feature of this control, is that it’s a set of ideas, which gives meaning and direction to society

Totalitarianism has been tried, but essentially fails, because we humans won’t subvert to a singular dictator, that’s imposed by force. The ultimate fate of totalitarian states, illustrates this. Authority, the attempt to dominate humanity, has solved this problem, by creating and dispersing a times lethal forms of freedom.

This freedom, embedded with a mix of popular aspirations, which are inherently conservative and fearful, doesn’t lead to the purported goals of happiness, nor to personal agency or fulfillment. But instead to arid apathy, that’s anchored towards a narrow crippling selfishness.

What Is Freedom
What has freedom ever got us? A mortgage, unfulfilling jobs and confused relationships, personal and environmental social degradation, high rates of detachment from our youth, leading to self-entitlement or worse, substance abuse.

Chronic levels of depression and alienation, along with a culture industry that’s more or less bankrupt, caught in a materialist loop which offers escape from reality, rather than becoming committed to it.

Yearnings that proves elusive and can’t be framed in current language, this because the language for such deep aspirations can’t be heard, as it’s completely absent from personal, social, and cultural context.

Where There’s Hope
What’s noted by experts, is that the two most important dangers when it comes to humanity in the current times that we live in, is hatred and indifference.

The antidote that’s needed for this widespread condition of fear, is hope. Having, developing hope, even in those time when everything appears impassible, needs to be invented by the masses, to invent reasons for having hope.

Hope however is an elusive entity, and needs to be nurtured. It doesn’t spring up, it needs to be manufactured with intent. There needs to be genuine root, a source of faith for one to develop hopefulness.

This usually reaches towards the outer reaches of faith, mysticism, as it’s an extremely serious endeavor, and one needs to be prepared and conditioned for it.

Someone doesn’t study calculus, this before learning math. One needs to wait until they have learned the nuances of life, this before dipping their hands into mysticism. Unlike instant coffee, instant mysticism doesn’t exist.

What freedom does, is gets in the way of becoming rooted in tradition, and the reason why so many Eastern cultures, are so suspicious of Western democracy, or are outright antagonistic towards it.

It’s The Sign Of The Times
Mysticism is grounded in tradition, clothed in the actions and language of the present, and presented before us, as we all collectively struggle into the future. It’s the perennial source of hope.

This includes the overtly spiritual ones, such as Islam, Buddhism, Hinduism, Indigenous, and Christian spirituality. It also includes the more secular variety, such as romanticism and humanism.

The Five Foundations Of Tradition
• Initially there is love. We wake up every morning, and then wait for an explosion of love, this to course through our veins. The cynics might respond, “I’ll be waiting awhile.”

This condition that is love, needs patience and be faithfully waited upon. It needs to to yearned for, invited, courted, and fussed over.

• Secondly, what’s needed is energy. What every tradition is driven by is energy, as what it does is carries forward force from the past, while focusing it on the present, and projecting it into the future.

We’re ancestors of this future, and thus need to open up to the energy of tradition. It’s just New Age folly, to think that we can just invite energy into our lives, this without supplying context to it.

The absence of context, is the result of toxic freedom, along with the isolation of the individual ego.

• The third purpose that’s needed is discipline. What every tradition embodies is discipline; as they enable it, making it mandatory to be disciplined.

They do this, because what they create is a meaningful and loving context for it. Know that the essence of love is discipline, as both are indissolubly linked together.

• The fourth, which emerges from the previous condition discipline, is that there’s a sense of purpose. What our lives need is a purpose, which sits beyond our selfish needs. What having purpose does is directs our life, generates energy while honing discipline.

Purpose means that we don’t spill our life energy, towards the deep dark abyss that is meaningless habit. What purpose creates, is the perfect feedback loop, which won’t let us down.

• Then there’s passion. Once purpose is activated, what we then become are passionate individuals. We then exude charm and confidence.

We then actually enjoy ourselves immensely, as we begin engaging with the fissures in our lives, our communities, and the world. We live for each other, rather than fleeing from everything.

Always Mindfully Listen
Listen to the world, hear it groan, hear it rejoice. By listening, we then become still enough to hear its true whispers. We then pick up the fractured fragments of our lives, while seeing and acting on which parts we got right.

We heal our wounded and denied souls, which so far has held us back. Becoming creative ,while embracing the gifts that litters our world.

Witness the deception that lies at the heart of our dreams, which appears to be eternal freedom. Once we reject its fathomable illusion, is when we truly become free.