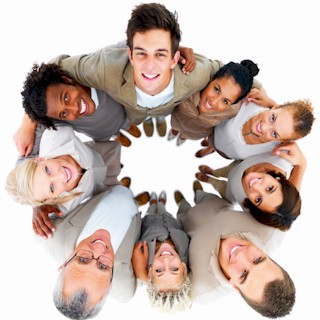 What most feel is uncomfortable, this when faced with someone who’s different from who they are. This can be a visible minority with a polar ethnic background. Someone who happens to be “book smart” and not “street smart.” The opposite sex can be puzzling. We’re somewhat mystified by these, and often avoid them.

Some are ridiculed for their spiritual beliefs, the way they look, how they talk. Everybody wants to be liked, be accepted, and it hurts emotionally once we’re rejected. What’s not granted is the opportunity to justify oneself, to explain our beliefs, or why we dress a certain way. The end judgement is final.

Almost all at one time or another has been rejected by someone, this solely because of their religious beliefs, their body size, skin color, ethnic background, their beauty, this before a word is spoken.

Over time, what these experiences forces us is to question our own self-worth. There are reasons why one individual is intolerant towards another. There are certain dynamics which are playing out beneath the surface.

Fear Of The Unknown
Everyone is fearful of what they don’t know. This when someone has no personal experience with others from a different religion, culture, ethnicity, custom, or social class.

We all default into creating stereotypes. What stereotype is defined as is “a previous fixed or conventional notion or conception.”

What we’ve been taught somewhere, somehow, is to believe certain things regarding certain types of people.

If you see a group of young ethnic kids who appears to be up to no good, wearing the same colors, you would likely think they’re trouble, that there could be violence.

If you were to encounter them alone at a bus stop nearing midnight, you would most likely feel scared, and wonder if they’ll cause you harm. Who they actually are is a group of kids part of a church choir.

But if you cross paths, you’d probably assume they’re about to create a crime or violate you. Not only because they’re nearing, but because you’ve heard in the media of these types of “gangs.” What we fear is what we don’t know or understand.

Feel The Threat
Another reason why we fear others who are different, is because we’re opposed by them. If they claim their religious beliefs are right, then ours must be wrong.

If someone dresses in a particular way and it’s trendy, and we don’t happen to dress the same way ourselves, we become an outcast, and not part of the crowd.

We should be driving the right type of car, own the latest smartphone, move and behave within the right social circles.

This is known as “Competitive Thinking.” For us to be right, then someone else must be wrong. For us to be accepted, we need to reject those who are different than us.

The Plight Of The Insecure
This type of thinking stems from insecurity. Insecure about ourselves or certain aspects of ourselves. We attempt to compensate by acting cool, cocky, over-confident, this to hide our insecurity from others.

In our overly competitive society, what showing weakness of any kind is a kiss of death. We then feel the need to tear others down on social media, this only to build ourselves up.

We can then project ourselves to look like a “winner.” By tearing or criticizing others down, just to build ourselves up, all we’re doing is just diminishing our own image.

Most won’t see you as a winner, but more a bully. They may not usually verbalize it, this because you might turn your anger on them. But they will think it. That you’re not self-confident, but instead someone who’s arrogant with a big ego.

Those Who Are Confident
Someone who has self-confidence has no need to tear others down, or reject or ridicule them. Instead, what they’ll do is build them up, this because they know doing so builds them up.

A self-confident person isn’t threatened by someone who’s different. They’re instead interested in learning from them. Someone who has a different perspective. They see value in sharing each others experiences.

One Of The Same
Regardless of how different we appear to be from one other, we have a lot more in common than you think. We’re all connected on a spiritual level, and there’s a reason why you meet.

Sometimes we’ll make eye contact with someone we don’t know, and then suddenly exchange a genuine smile with them. This could be in a crowded elevator, at a party.

For a split second there’s deja-vu, that you know that person somehow, somewhere, even if you’ve never spoken to each other. There’s an exchange of energy that takes place, while you both acknowledge each other.

On a physical level, we as humans are very much alike, this in the sense that we’re all wanting to be loved and be accepted.

We want to provide security and safety for our family. We all want to live productive, happy lives. At our basic core, we’re more alike than we are different.

Find The Common
Yet, we strive to focus on things that we don’t have in common instead. Regardless of how different that someone may appear to be, choose to find things that are similar.

Honor the things which makes them different from us. Diversity is a wonderful thing. The world would be an extremely boring existence if we were all exactly alike.

There’s a popular Sanskrit word, “Namaste,” which means that “what the divine in me recognizes and bows to, is the divine in you.”

The journey becomes recognizing then grasping the diversity of originality in each of us. This is what we need to strive for in our daily lives.