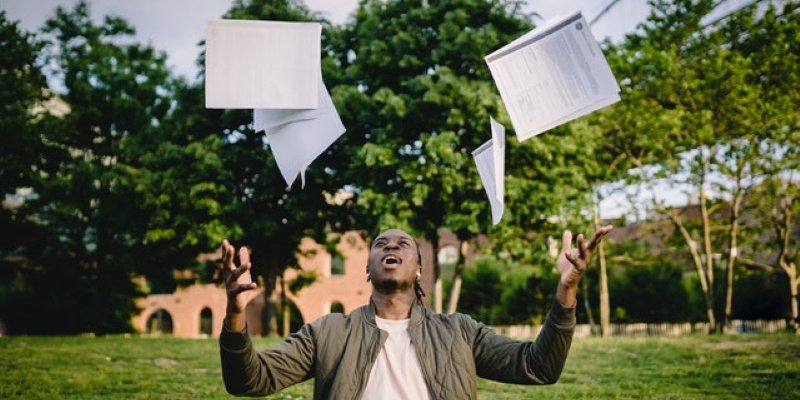 Some claim certain people are born lucky, graced with that proverbial golden horseshoe. When it comes to chance, when they’re faced with 50/50 odds, those who are so called “lucky,” usually comes out ahead in the outcome. Any event of chance regardless of what they are, the lucky will usually win.

Does the element of luck really exist in life, or is it just a preconditioned notion.

If you consider yourself a lucky person which leads to your success, some skeptics may claim otherwise.

What’s undisputed however, is there are some who are more fortunate than others, but it may be more a matter of better planning.

Motivation, inspired action, and a dedicated amount of sweat equity also lends to the outcome of being lucky.

Are the lucky just born that way, are they favorably preordained somehow. Or do they generate their luck through hard work, making them appear lucky.

Many claim those who are lucky make things happen, as they’re proactive rather than reactive, when facing the same challenge.

They alter their future by taking responsibility of their words, actions, and behavior, giving them better control over their destiny.

You’ll become a lot “luckier” finding a $20 bill walking outside on the sidewalk, rather than it floating through your window while you’re sitting on the sofa.

A sales colleague of yours, gets 2 new sales today while you get none, is not because they are lucky. Instead, they’ve been prospecting for hours while skipping lunch.

Successful people recognize and take advantage of opportunities once they arise. Others don’t see these opportunities, because they’re inflexible and blinded in their ways.

Some see opportunities all around them, and bends them to their advantage.

Being an opportunist is becoming mindfully aware, and flexible enough to alter plans to their liking, while being open-minded enough to take action on them.

There are a variety of excuses for many to not take action, on opportunities presented to them.

For the majority of the time, what most do is procrastinate or make up excuses for not taking advantage, when it comes to opportunity.

Those so called lucky people, appreciate the dynamics of life while going with the flow.

Doing so provides them with enormous advantages in finding new and different ways of doing things.

They’re extremely flexible and will take advantage of new situations, as they think on the fly, and are open to anything that would make them better.

What the optimist believes, is what they’re doing is the best possible solution. What the pessimist is afraid of, is “it” might actually be true.

This is the proverbial glass of water, being half full or half empty.

What’s known is luck isn’t limited to objective findings, as one person’s poison is another person’s cure.

If an optimist and a pessimist wins the same prize in a contest for instance, it’s the optimist who appears as being lucky.

What being optimistic does is helps you see the upside, the advantages in any given situation.

Those who are lucky and are also optimistic, are able to identify what the silver lining in any given situation is.

It’s not usually enough just to be flexible. Opportunists accept and act on changes as they occur.

To enhance your luck factor, you need to be prepared to alter your schedule, make changes in your plans and take action.

Those who are branded as lucky, usually thinks outside-the-box, as what doing so involves is looking for loopholes and shortcuts.

They look at situations from different and multiple perspectives, then capitalize.

Say there are two companies, who are competing in the same market with similar products.

The company who thinks abstract, with an innovative redesign and better marketing tactics, is the one who’ll appear to be luckier and more profitable.

What the lucky will do, is transform what appears as limiting issues into motivating challenges.

They take advantage of any new situation they come across, and will never waver from it.

We all know of the most famous inventors in history, who admits they’ve found thousands of ways to fail, until they find a winner.

They’ve made plenty of mistakes and learned from them, before they developed the end result, their invention.

What everyone then claims, is they got lucky. There’s no doubt these individuals are extremely brilliant, but there are plenty of brilliant derelicts in the world.

What made these individuals different from others, was their resilience. The fortitude they had to continue to pursue their idea, dreams, and goals, in the face of adversity.

What these outstanding inventors claim is they didn’t fail, but found hundreds of ways for it not to work. They remained focused, while others gave up.

There are two types of knowledge in the world. Explicit and implicit knowledge.

Explicit knowledge is the type of knowledge, gained from going to school and reading books, and learning factual information.

Implicit knowledge, is what’s achieved through experiences or by observing, things which can’t be taught.

Both types of knowledge, becomes vital to form decisions or choosing particular pathways.

Having a hunch might be an uninformed guess, such as flipping a coin, or it’s based on explicit and implicit knowledge, with insight.

What we all have is insight. Some are just better at listening to and reacting to their gut feeling than others.

Taking advantage of this knowledge, depends on accessing this information and taking action.

What having insight does, is integrates both explicit and implicit knowledge, while being mindful of social situations and emotions, both yours as well as others.

Those who are insightful have higher emotional and social intelligence, and the ability to “read” people better.

Those who are lucky, are thought to make the best usage of their insight.

How To Handle Scathing Criticism Directed Your Way