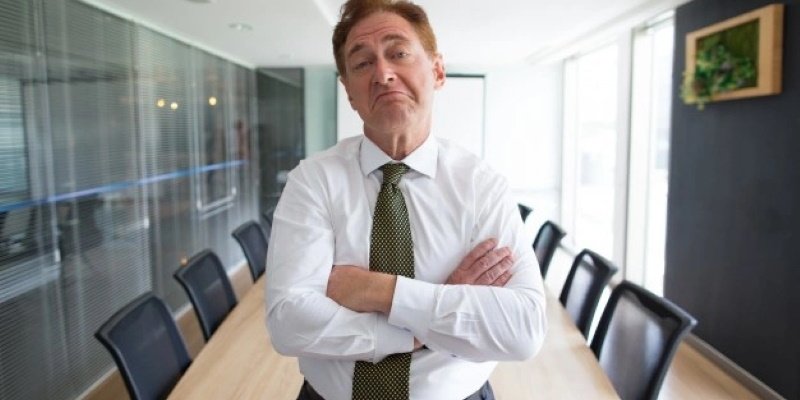 What we all have are these attention seeking dramatic people in our lives. You know the ones who thrives and feeds on constantly creating petty chaos wherever they go, intentional or not. Once you recognize them, what you want is to steer clear away from their theatrics.

These individuals do so to garner attention back to themselves, once they begin feeling deprived, just to feed their low self esteem.

What they’re capable of is creating instant drama on demand in everything they do, or wherever they go.

They thrive on adding fuel to the fire, stirring up conflict and controversy when it’s not needed or deserved.

They can be an immediate family member, there’s always one in our group of friends. There’s always someone without fail at the workplace.

The Signs Of Those Who Are Narcissistic

What you initially notice is the person who creates this attention seeking drama, needs to be the focal point,

They’ll play the victim card or the hero, tell you what to do, become a bully. “Look what you did to me,” they exclaim. “Hey, this happened to me and it’s your fault.”

You’ve most likely seen or heard this too many times in the past, as you roll your eyes.

That person in the restaurant who receives their food, and then manages to and insists vehemently there’s something wrong with their meal.

The lady who intentionally holds up a long line at the grocery checkout stand, because the price of her food item was scanned wrong.

The sibling or the mother-in-law who constantly blows everything out of proportion, only so they can stir up some adventure and attention in their otherwise bland lives.

There’s a list of dramatic tactics that are literally endless. The good news is, it’s up to you to avoid this.

We don’t need to get sucked into their vortex, to be swallowed into their one person production, their pathetic “I’m more important that you” stance.

Removing Yourself To Avoid The Drama

What we want is to desperately remove this drama, the unwanted noise, the pointless sideshow from our lives because we prefer the calm.

The drama just becomes too annoying and a waste of time.

It can even become uncomfortable at times, just to be in the same space with these individuals.

Fortunately, what we have is the option on whether we want to participate or not, this by becoming a silent observer.

Becoming silent simply means just that. Just observe without attaching any of your emotions to the situation.

This can be difficult especially if it’s a family member or a close friend, and their focus is directed towards you, as they want to pick a fight.

The Tactics Of The Narcissist

It becomes yet more difficult, if you’re the target of their projection or insults.

Keep in mind the person who’s creating this drama, is doing so just to prove they’re more important than you.

In order to not get caught in their path, you need to consciously remind yourself to not add any fuel to their fire.

Just learn to ignore their rants, raves, complains, or they blaming you or anyone else and not surprisingly, never themselves. Just remember they think they’re perfect.

Keep in mind this is their stage, their platform, their way to get more attention on themselves.

So stand firm, hold your ground and just listen and ignore them if possible.

They will constantly attempt to bait you by saying things you don’t want to hear, making it feel like a personal attack.

Realize that’s their motive, to get under your skin. They want you to play their game, and that’s you to be drawn onto their stage, so they could attack back.

Once you learn to just sit back and listen without giving feedback, what you’re doing is snuffing out their fire which frustrates them.

Once you just choose to ignore them, their enthusiasm eventually wears out and they become distracted elsewhere.

They have no ammunition to create further drama with you, since they have nothing else to raise havoc with.

What these narcissistic individuals want are others to participate, as they need their victims to play their role. So instead, just ignore them.

They’ll eventually move on to another topic or person, where the drama starts again, as it becomes an endless cycle.

With these “know it all’s” however, their agenda never changes. They will begin gossiping about you or someone else, and the new “show” begins.

Always keep in mind they always want to focus on getting attention back on themselves somehow, this to get their fix.

So just continue to ignore them by not giving attention back to their new complaints, remain a silent observer.

Eventually, since you’re no longer what they’re looking for and you’re not responding, they’ll turn away because you don’t want to play along.

They realize they can’t provoke you any further.

The Narcissists Among Us

During this time, since you know this person, what you hope is to attempt to reform them somehow. By telling them how they come across, and they need to be more mindful.

But most often, you as a silent observer should just continue to listen without input, with the hopes that they’ll somehow change their poor behavior on their own.

They need to focus more on personal development, to bring peace and calm into every situation and to the lives of others.

First, you need to determine to stand your ground, and avoid provoking them further to string them along. It’s your choice, just make the right one.