Is Vitamin D The Key To Maintaining A Healthy Heart? 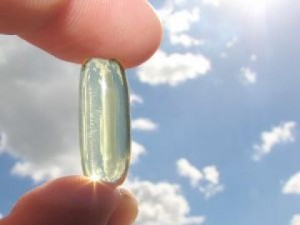 There are many that hold skepticism towards remedies that’s offered by manufacturers of prescription drugs as well as natural supplements. Although there are sites that provide for supposedly independent evaluation of these various cures and remedies, at times, these can be extremely critical or biased.

There has recently been prescriptions for larger doses of vitamin D for various health related ailments or for just maintaining better health. But are prescribing these higher doses of vitamin D warranted? Well, it has been recently discovered that extremely low levels of vitamin D can play a role in the development of certain cardiovascular diseases, certain types of cancers, diabetes, rheumatic arthritis, multiple sclerosis, rheumatic arthritis, and psoriasis. There is now no doubt that a deficiency of vitamin D can be linked to an increase in the risk of colon cancer.

It should also be warned that if the vitamin D doses are too high, that it can lead to short-term toxification, such as: calcification of the soft tissues and kidney, as well as the heart and lungs. So it’s recommended that your level of vitamin D be checked, especially for children or if you are a senior. The recommended amount should be around 40 nano grams per every 1 milliliter of blood, and not higher.

The Different Types Of Vitamin D
There are actually two different forms of vitamin D available. The first is D2, this type is usually derived from plants. The second variety of Vitamin D is D3, which is created when the skin is exposed to outdoor sunlight. D3 can also be found in fish-liver oil, as well as supplemented milk. Both D2 and D3 are most commonly available in pill form.

Vitamin D And Cardiovascular Diseases
Vitamin D has been found to have tremendous potential in helping to address cardiovascular diseases. For example, people of African descent has close to a 38% percent greater chance of submitting to cardiovascular diseases than Caucasians. However, this level was reduced to 17% percent when the two groups calcidiol levels were matched once the former began to take Vitamin D. (Calcidiol is measured during the 1st step during the conversion of vitamin D3, to a more active form, known as calcitriol.)

In African-Americans, there seems to be a greater instances of vitamin D deficiency, which can be linked to higher incidences of cardiovascular diseases.

There was also a study in Finland of more than 12,000 children that proved that a daily dose of around 2,000 units of vitamin D3 in the first year of the baby’s life led to a 75% percent reduction in the risk of getting Type 1 diabetes, by age of 30. But the U.S. Institute of Medicine also recently released a report and reference guide recommending that high levels of vitamin D and calcium should be avoided during the first year of an infants life.

Different Conclusions On The Daily Intake Levels Of Vitamin D
Some health practitioners and doctors however feel that these suggested daily intake allowances are too low. They feel that a reasonable vitamin D intake level should reach a “serum calcidiol” level of at least 30 to 40 nano-grams per every 1 milliliter of blood. Once this level is reached in adults, then a daily dose of Vitamin D should be around 1,000 to 2,000 IUs, they concluded.

As there are contradictory recommendations, it then becomes difficult for one to sort through who is right or wrong. There are doctors and health experts who advises on taking vitamin D3 supplements if you happen to live in areas that gets significantly cool at night, or gets dark earlier in winter.

There is no doubt that adequate levels of Vitamin D should be part of your regular diet. It is recommended however, that you should check with your doctor, the exact present level of Vitamin D that’s currently in your system before proceeding.

From Search To Conversion - Why Your Website Visitors Buy