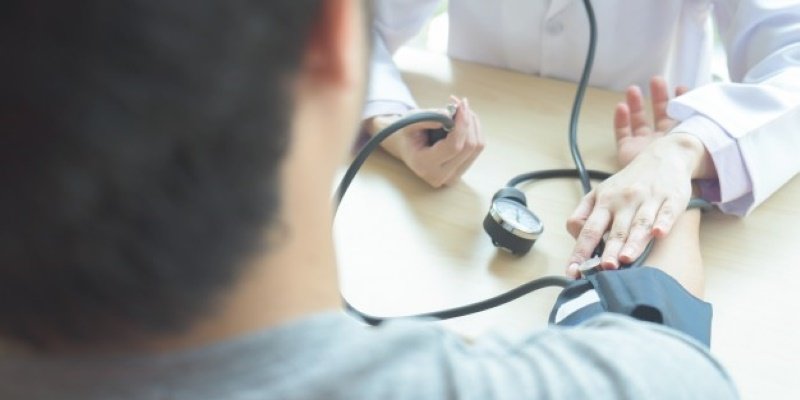 The majority of us are granted with a clean bill of health when we’re born, our cells and organs are functioning at peak performance. But from the moment we take our first breath, our body begins to deteriorate, by the foods and substances we inject.

What we’re immediately and commonly fed are poor nutritional foods. We’ll then adopt these bad eating habits which only contributes to unhealthy high blood pressure levels.

As we grow older and reach middle age, our hypertension levels then begins to naturally elevate.

Once we reach this stage of the aging process, what every health practitioner will tell you is to make better dietary adjustments, by adopting a healthier low-fat diet.

The number one hazard and primary goal we need to avoid, becomes preventing or reducing the onset of elevated blood pressure affecting our cardiovascular system.

What needs to be known are the consequences of high blood pressure first. This before outlining what the best type of diet is, for reducing or stabilizing hypertension.

What’s estimated is up to 40% percent of adults, this regardless of their background or ethnicity, suffers from varying degrees of high blood pressure.

What having high blood pressure does is places strain on the heart, which causes the thickening of the blood vessels known as atherosclerosis. What this results in is damage to the heart.

Hypertension is often referred to as the silent killer, as it doesn’t show any initial effects as it elevates.

But once it reaches a critical point, is when hypertension strikes without notice, resulting in serious health consequences.

What’s considered a normal blood pressure reading for a healthy adult who’s at rest, is 120 (systolic) over 80 (diastolic).

Once the blood pressure level is greater than 120/80 but remains below 140/90, is considered the prehypertensive stage.

Blood pressure beyond 140/90 is considered the hypertensive stage.

Anyone at the prehypertensive and especially the hypertensive range, should be making immediate diet, fitness, and lifestyle changes.

Those who are overweight usually by default has high blood pressure. So the simple solution is to just reduce this excessive weight, which then decreases the elevated levels.

Those who are obese doubles their risk. It’s found losing just 10 pounds does is shows noticeable improvement.

If you have high blood pressure but are not overweight, there are several recommendations to lower your blood pressure. It begins with choosing a healthy well-balanced diet.

To reduce blood pressure, the diet should include plenty of fruits, vegetables, along with low-fat dairy foods. Avoid all trans and saturated fats.

The diet should also be low in cholesterol, while high in potassium, fiber, calcium, and magnesium, including moderate protein.

What most health practitioners recommend is the DASH diet, (Dietary Approaches to Stop Hypertension), as being an approachable guide to reducing high blood pressure.

The Number One Culprit To High Blood Pressure Is Sodium

Begin by reducing your sodium (salt) intake. What ingesting too much sodium rich foods does is increases thirst.

The end result of constant thirst is it causes greater retention of water inside the body, resulting in bloating, a direct link to high blood pressure.

Salt also places too much strain on the blood vessels, which dilates and constricts to regulate blood pressure and proper blood flow, which leads to high blood pressure.

The recommended daily intake of salt for most is around 2,400 mg.

Here lies the problem as sodium is hiding everywhere. Begin by eating less precooked or processed foods, while eating as much natural fresh foods as possible.

Realize there are traces of hidden sodium found in fresh foods such as fruits, vegetables, grains, nuts, meats, and dairy products.

They are however in lower quantities than in processed foods such as bottled, canned, or frozen foods.

Foods That Are High In Sodium

There are a variety of common foods which are high in sodium. To avoid exceeding the recommended intake, it’s best to avoid the following foods, while choosing lower sodium alternates.

Choose foods which are labeled as salt free or low in sodium.

Avoid adding more salt than necessary when cooking meals, use more herbs and spices instead. Avoid having salt on the dinner table, and never add salt to your salad.

If cooking with salt, switch instead to lemon juice, chili, sea salt or ginger for flavoring. Avoid all deli meats.

Also thoroughly rinse seafood such as salmon, tuna, mackerel and sardines which are canned in water.

When eating soup or stews, avoid canned processed soups, or switch to low-sodium labelled soups. The best is preparing your own from scratch.

Instead on cooking with whole milk or butter, switch to skimmed buttermilk.

Taking these steps will naturally decrease your high blood pressure as you age.

Why We Go Through Life Thinking We Don't Fit In Anywhere