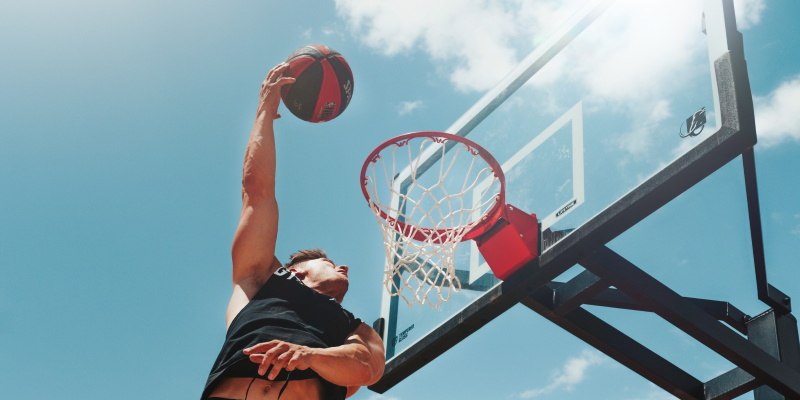 What Makes An Average Athlete Become An Elite Athlete

Consistency is a critical mindset for pro athletes, because it’s the one trait that separates the average from the elite, revealing the superstars among us in every competitive sport. The best athletes are able to constantly perform at a high level, this everyday that they compete.

The professional athlete who dominates their particular sport, partly because of genetics, drive and talent, drives themselves to perform at a higher level, far beyond their peers because of their consistency.

They work hard to remain at a high level at all times to match their talent, and not just tease by showing flashes, this under challenging conditions, as they rise above the crop.

This is what all athletes, regardless of their ability or sport, wants to and should be aspiring towards. But the majority, are rarely consistent.

This is why every athlete isn’t going to become a superstar, one of the select few in their particular sport who steals the sport.

That doesn’t mean however, that there’s no excuse how anyone can’t strive to be more consistent, as it’s proven that with the right mindset, they are capable of doing so.

What every coach, agent or fan wonders is, how can an athlete perform more consistently in their particular sport, as they have the potential to do so.

Providing Consistent Effort
It begins with adopting the proper mindset of choosing, wanting to always be consistent at their peak level. This by adopting the mindset to perform at their best, in everything they do.

This includes all of the training and practice sessions, expending full effort, whether it’s at the gym, rink, field, court, track, or wherever the sport is performed.

What’s needed is exerting full maximum and consistent effort at all times, which translates into getting the expected results when competing.

What’s needed is being at their peak best physical condition at all times, which includes strength, stamina, and agility.

What’s needed is to be tactically and technically consistent, while knowing of and working on their flaws.

The sports equipment also needs to be kept in tip-top shape at all times, so that the athletes mental focus is the only excuse they have.

Living A Consistent Life
What most average athletes believe, is that as long as they’re doing what’s necessary in their athletic life, that should be enough for them to achieve their goals.

But what’s found, is that’s usually not good enough.

What’s believed instead, is that what they choose to do away from their sport, how they conduct their life away from the spotlight, their personal habits, has a huge impact on how consist they perform.

So to perform well, to be consistent, what they also need is to lead a consistent life away from the spotlight.

How they live their everyday life, can directly help or hurt their performance, most notably because of their nutrition.

This because what they eat, how they treat their body, how they fuel their muscles and mind, becomes paramount.

If they’re not doing so in a healthy way, then their body won’t be capable of performing at peak consistently.

How well they sleep, also plays an important role, as what adequate sleep does is guarantees that they’re rested well enough to perform at a high level.

If life gets them down, and as a result they’re burdened with emotional anxiety, then what they have is little chance of they performing well that day.

If they’re having relationship issues, or they party too much, if their personal life is turbulent, then there’s no way that they can be consistent.

Adopting A Consistent Mindset
What’s known is that having a strong consistent mindset, becomes essential to performing well.

A consistent mind begins with having a positive attitude towards themselves and their ability, that it’s a challenge and not a threat.

What needs to be thought is that it’s a process, and not just the end result of winning or losing.

What’s needed is having a long-term perspective on their performance, and that they’re capable and willing to take the necessary steps and risks to perform at a high consistent level.

What’s also needed, is having the proper mindset towards their particular sport. To avoid perfectionism, the fear of failure, having high expectations, and thinking negativity.

Having Positive Attitude
What having a healthy attitude does is develops consistent confidence, this when it comes to their days off and are not training or competing.

Where consistent intensity and focus comes from, is training and competing with the same effort and intent, each and every time that they perform.

What emotions does, is plays a key role when it comes to how steady the athletic performance is.

If the emotions aren’t even and under control, if there’s massive swings of emotion, this especially on the day of the competition, it becomes difficult to perform consistently.

Emotions should be limited to being excited about the event, and feeling disappointed if things don’t go their way.

But if there’s too much anger, frustration, fear, or disappointment after every loss, it will become mentally and physiologically impossible to perform consistently next time out.

Using Visualization Techniques
What’s known is that mental imagery, is the most effective method to becoming consistent.

The use of imagery, where one sees and then feels themselves performing consistently well, does is ingrains the ultimate actions that are associated with their performance.

What results, is that everything they’ve visualized then comes to fruition the day of the competition or game, which results in a greater chance of performing well.

Consistently Preparing
What having a set routine the day of the competition does, is it contributes to consistently getting the great results that they’re wanting.

This consistent preparation begins the day before the event, where they focus specifically on being consistent in their training and performance.

This begins with ensuring that their life and mind remains at an even keel, at all times.

When it comes to the day of the competition, having a clearly defined routine, contributes to having a great athletic performance.

What being consistent throughout the entire process does, is results in a greater athletic performance, which is a puzzle that needs to be solved, this to become a “superstar” athlete.

How To Recognize The Sociopath Behavior Among Us

8 Proven Ways To Remove Heavy Toxin Buildup From The Body