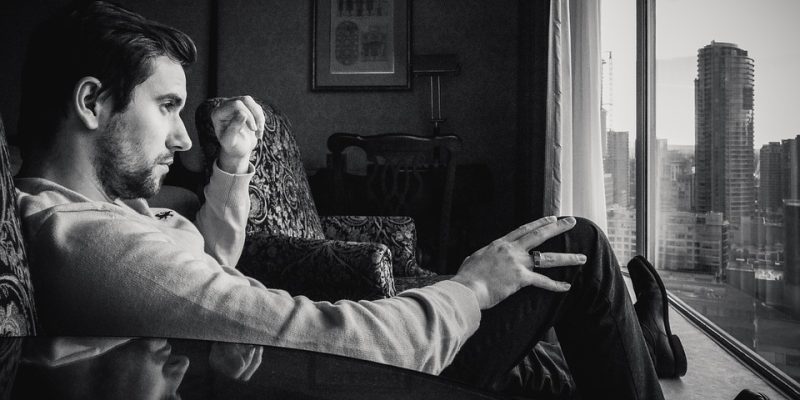 The term alpha, has been used and represents a variety of definitions. It’s origins, is it’s the first letter of the Greek alphabet. For those who delves in astronomy, alpha is the brightest star in its constellation. For modern day purposes, what alpha means is “to be the first.”

Alpha males, when it comes to the human race, are the guys who are usually the most aggressive or the most prominent in their “pack.” The dude who stands out, and happens to be the leader.

They are the hunters, the classic provider, the quarterback, the most identifiable outstanding male in their peer group. Beware the fakes.

They’re all among us, represented as the burly muscular blue collar worker with chest hair, the athletic sports hero, the impeccably slick CEO in the corporate world.

Women are naturally attracted to these alpha males, magnetized by their mystique and physique. It’s found women rather adore the alpha male, and will swoon in their presence.

Alpha males are the role models, where most of these women’s romantic fantasies begin, such as their favorite movie stars.

These are the men who will give women spidery senses, knowing they’re in exclusive company.

The Attraction Of The Alpha

This attraction is from their raw magnetism these alphas exude. It’s not really about the material possessions they’ve accumulated, but rather their strength in character or potential. It’s the respect they generate from their peers.

Most will define a classic alpha male, as someone who’s vocal when it comes to what he wants, are action takers, and usually conquers it. He loves women, kids, and puppies.

Some alpha males can be cocky, loud, and egocentric when he needs to be, which may not always be his nature.

They project a semblance of authority which resonates from his deep voice, that captivates the attention of everyone, both males and females.

The alpha male comes completely fitted and oozes with sexuality, although he may not be the most handsome.

It’s the aura he projects. He’s extremely confident regarding his status and intelligence, although he may not be a Harvard grad.

In the animal kingdom where it’s survival of the fittest, instinctively, the alphas of any species are those who leads the pack. Usually with an aggressive behavior.

These animals, all have their own social structure where the most dominant alphas, will always stand out.

They also naturally attract and have first choice, when it comes to the mating process with the females of their species.

This with the principle belief, it’s these alpha males who has the best probability of producing the best offspring for prolonging their species.

This similar belief, is true and transferred to the human race.

Women will describe alpha males, as someone who has a natural innate superiority about them, those who leads the pack.

As a result, these males attracts attention from everyone, despite their slight flaws.

To understand exactly what an alpha male is, one needs to get familiar with the characteristics they display, and what they’re limited to.

They Are Born Leaders

Alpha males are born to lead the pack, when it comes to the ruler of other men. They’re also known to be the peacemakers, the ones who are responsible for stopping or avoiding confrontations.

They’re usually dignified while displaying natural leadership, having the capacity to rule their particular domain.

Alpha males are no nonsense leaders who can’t be dictated upon, when standing by their principles.

A classic alpha male is also charismatic, while refusing to be pressured into giving in, or giving up on his cause.

They can win their battles, while not espousing violence. The stronger more dominant of the alpha males, are capable of changing the world and its people.

They dominate in a variety of settings, as they are capable of providing inspiration and leadership.

The Confidence Which Exudes

Alpha males are extremely cocksure of themselves, while knowing when not to cross the line, and become narcissistic or a bully.

They have high self esteem, believing they can do anything they set their minds to, and achieve their dreams.

They know they’re special, they have the goods, they have something within them. Yet they don’t or won’t boast about it, or talk about these strengths.

They would rather show everyone than tell, by taking action, setting an example.

Women are instantly attracted to the alpha male, upon first glance without a word been spoken. This is because of the confident aura that radiates from within.

This confidence manifests itself in how he carries himself, and how he deals with others. This assurance, is displayed in the way he does things.

These actions are a result of the alpha male’s natural reactions, knowing he can get the most desirable girl in the room, every time. Women just subconsciously flock towards him.

Being Assertive When Needed

He knows he’s confident in himself, as well as knowing what he’s capable of what he can achieve. The alpha male is also assertive when needed, while not becoming overbearing or arrogantly pushy.

He knows when and exactly what he wants, as well as how to get it. He’ll assert his rights along with standing up for the rights of those around him.

This is the reason why alpha males, are extremely popular within their own pack, as he is the provider and will stick up for the members of his tribe. He’s a mans man, he’s the captain.

Women love the alpha male for his forwardness, while always being the perfect gentleman.

They know he’s in perpetual motion, always doing something to achieve his goals, whatever they may be.

These are the born leaders, those who are the alpha males among us. These are the hidden qualities, the traits which makes them superior.

Why The True Measurement Of Success Isn't Always A High IQ