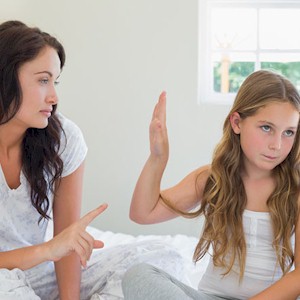 How often do you look at yourself in the mirror, and then admire yourself more often than others would. Do you think, believe, that you’re more important than everybody else. Do those close to you say that you’re self-centered, while you think it’s okay to be so.

Narcissism is a disorder that’s derived from a mythological Greek character known as Narcissus, and where this mental condition originates from. What’s known is that these narcissistic traits stems from childhood, so what’s discovered are the possible causes.

There was once a young man named Narcissus, and as the Greek mythology goes, he was considered extremely handsome.

So much so that all women, young and old, all swooned and surrendered themselves to him. Goddesses of that time fell prey to his charms, as they helplessly fell in love.

As The Myth Goes
He was however completely full of himself, as he rudely shunned the goddess known as Echo, along with every other damsel who happened to fall in love with him.

Then one day, a shunned young woman who attempted to woo Narcissus, prayed that he would be taught a lesson on unrequited love.

Echo the Goddess, who was hurt and vengeful herself, granted this woman’s prayer, and then punished Narcissus to fall in love with himself, receiving no reciprocation.

What then happened was Narcissus became completely obsessed with himself, as he looked at his own reflection day and night in a lake’s reflection, losing all thought of eating or sleeping.

He continued to do so until he lost all his looks, which had once charmed Echo and every other woman when he was younger. He was now wilting away by loving himself too much, and eventually transformed into a flower which later bore his name.

Traits Of Pathological Narcissism
What this condition translates to is self-love. Experts however claim that self-love is an extremely vital part for all humans since birth.

What’s known is that for adults, adequate amounts of this self admiration does is allows the perception of their needs to be balanced, this in relation to others.

What pathological narcissism displays is a life-long pattern of traits, certain behaviors which signifies extreme self-love and obsession.

They’ll shut out everyone in their life, while they develop an unhealthy egotistic ruthless pursuit to increase their own gratification, ambition, and dominance.

When We Were Young
When compared to having healthy amounts of self-love which can naturally occur during childhood, pathological narcissism is more persistent and rigid, while causing significant distress along with functional impairment.

What it manifests into is the chronic pursuit of personal gratification and attention, this when it comes to social dominance as well as personal ambition, bragging, and being insensitive towards others.

Signs include a lack of empathy, and excessive dependence on others to meet their responsibilities.

Where Does It Stem From
There are constant debates where pathological narcissism is rooted from. Is it genetic programming, growing up in a dysfunctional family, poor upbringing, or is it reclusive societies and the disruptive socialization processes.

What’s been established is that pathological narcissism is a defense mechanism. There are certain medical conditions such as brain trauma or chronic ailments, which may induce this tendency, where the narcissism disappears once the trauma is cured.

We Are Born Narcissistic
What’s known for certain is that all toddlers are narcissistic. We as babies instinctively think that we’re the center of everyone’s universe, and that our parents are there just to solely protect us, while catering to our every whim and need.

But eventually, as we begin to grow older, we realize that these idealizations are delusional, this the instance that we need to face certain difficult conflicts on our own, which life can throw us.

If these conflicts however, happens to occur abruptly, unpredictably, arbitrarily, or capriciously, then the mental injuries which are sustained on our young self-esteem, can be severe and at times irreversible.

Lack Of Support
Then if coupled with a lack of support from their parents, these conflicts can cause the child’s self-worth and esteem to fluctuate between over-evaluating, and then devaluing themselves and others around them.

Once a child is faced with a difficult obstacle, what they’ll regress back to is their infantile narcissistic phase, this rather than attempting to work around the hindrance.

If the same crisis occurs over and over again, the child will regress, and while in this regressive state, they’ll begin to act up, displaying unacceptable immature behavior, pouting and pretending to know everything.

The Narcissistic Child
Their sensitivity towards the needs of others will drastically diminish, as they’ll become intolerably haughty and arrogant, along with having paranoid tendencies.

Then ultimately, what they’ll expect is unconditional admiration from those around them, even if they don’t deserve it.

This then begins a self-destructive behavior cycle, as what the child engages in is fanatical daydreams. Once this happens, they’ll exploit others, envy them, and throw tantrums.

When Narcissism Becomes A Disorder
A narcissistic personality disorder then arises once repeated attacks on these obstacles continues to occur, this especially during their formative years, which are 4 to 6 years of age.

The contrast between the make believe world and the real world which frustrates them, becomes too acute for them to countenance for long.

What this dissonance gives, is the rise to the unconscious decision of continuing to live in a world of fantasy and entitlement.

What normal healthy adults would accept are their limitations, while eventually coping with the disappointments and failures which comes their way, while the opposite is true for narcissists.

It becomes important to monitor your child during these years, providing them sufficient support, while teaching them how to cope better, hopefully steering them away from malignant narcissism.

Altering Your Attitude Once You Feel The Weight Of The World