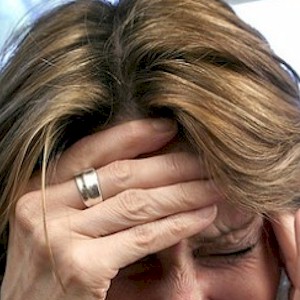 Migraine headaches are a grade of head pain which can become chronic, while potentially disabling one’s regular and routine daily function. Their direct cause and the recommended solutions can vary depending on the source or the practitioner.

Any type of head pain is classified into one of two main categories, they being primary or secondary. The headaches which belong in the primary group aren’t usually caused by any underlying or serious medical condition.

The “secondary” headaches are often the result of some type of medical condition, such as recent trauma, infection, or at times the development of a brain tumor. The majority of headaches, however, are considered primary.

The different and various degrees of tension headaches are thought to afflict close to 75% percent of all headache sufferers, while the more usually painful migraine headaches affects around 15% percent of the general population.

The Chronic Pain Which Are Migraines
These migraine headaches at times can become chronic in nature, which on average are experienced up to two times a week, and not usually on a daily basis, where it then should be considered as potential secondary headaches.

It’s also known that females will generally experience migraine pain up to 3 times as often as males will. These migraine headaches once they become severe, can be disabling for many, slowing down their life to a standstill.

They can also at times be accompanied by nausea or vomiting, while becoming sensitive to any bright lights. It’s thought that around 20% percent of migraine sufferers will usually experience an aura.

An aura in this case refers to a disturbance in vision once any brightly blinking usually colorful lights happens to move across the sufferers field of vision.

The Treatment Of Migraine Headaches
There are a variety of methods for the treatment of migraine headaches, both from natural sources as well as over the counter or store bought medical remedies.

The most common method being the drugstore pain relievers which are available without a prescription. The most popular being: aspirin, acetaminophen, ibuprofen, or a combination of aspirin and acetaminophen.

These are the most popular and commonly used which are also to some point effective. For those migraine sufferers who happen to experience more severe pain, they may require stronger doctor prescribed medication such as codeine.

Natural Remedies For Migraine Headaches
There are a few proven methods of natural treatment which doesn’t rely on the use of store bought medication. Some of these natural methods involve the use of therapy to relieve the symptoms.

Since these natural methods may have less or no side effects, they’re beginning to gain a lot of popularity. The general population is also becoming educated and aware of the dangers along with the potential side effects of prescription drugs.

One simple yet effective natural treatment is by placing a plastic ice pack directly on the back of the neck near the base of the skull. There should be a barrier between the ice pack and the skin by using a moist cloth.

What ice therapy does is it lessen the actual flow of blood to the head which results in less pressure to the brain. It’s been found that relieving the constant throbbing pain which are caused by migraines, is by decreasing the flow of blood.

It’s also been found helpful that the sufferer place their feet into a container of warm water while sitting upright while using the ice pack. What this does is it attracts the flow of blood directly to the feet instead of the head.

The Cause Of Migraines
It’s thought that those constant and annoying bouts of migraine headaches can at times be caused by a sensitivity to certain foods that we consume. We as a result may be able to prevent these headaches by identifying and then eliminating these foods.

The foods which are thought but not limited to trigger migraines include, caffeine and alcohol, excessive chocolate, certain nuts and beans, cheese, and MSG (monosodium glutamate). The key being knowing and then stop eating the foods which may be causing the headaches.

Another natural treatment is by simply reducing stress by relaxing or adopting a regular and routine exercise program, while drinking plenty of water. It’s thought that migraines can be accelerated by stress, so just relaxing more may be required.

One stress relief method is by getting plenty of sleep, using recommended protocol such as lying down in a dark cool room which is quiet, with an ice pack strategically positioned on the base of the skull.

There are also several herbal remedies which claim to solve migraines which are available in the various health stores, while the best natural relief appears to be reducing one’s stress levels, while screening out certain foods.

As always, it’s recommended that you consult with a physician or a natural health practitioner before treating yourself for any health condition such as a migraine.

Negotiating The Highest Possible Salary For Your Next Job

Can The Symptoms Of Asthma Be Controlled By Medicinal Herbs