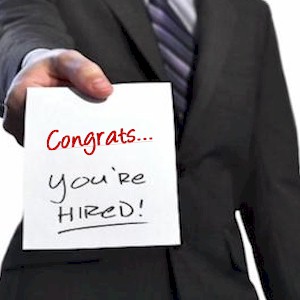 Negotiating the best possible salary becomes an important issue which you need to address, this prior to your initial interview. So it’s important to know by researching what the bottom and the top salary range for the job that you’re applying for is.

Realize if you’re able to live with that salary, is it enough to carry you and your family’s expenses. What needs to be discovered is the expected rate as well as how much in demand your particular skills are, this before setting foot in the interviewers office.

But this is where many will make their biggest tactical error, by going into the interview completely unprepared, thinking that they’re qualified for the job, rather than knowing what they’re wanting to earn.

The most fatal hand that you can reveal is displaying your panic too early in the interview process, indicating what you’re willing to accept as a salary. Then the hiring manager during this screening process, will know beforehand what your figure is.

Once you mention what you’re wanting to get paid too early in the process, what you’re doing is locking and boxing yourself into a specific figure which you might not like in the future, especially if it’s too low.

So hold off in your salary requirements as long as possible, until an approximate salary range by the interviewer has been made, but do so in a way that you won’t come across as flaky or aloof.

Have A Low And High Salary In Mind
Predetermine before the interview the exact salary range, the low and the high end that you feel you’re worth based on the position, and then determine that you’re not going to reveal it first.

During the initial selection process, tell the hiring officer what you can do for them, the skills that you’ve accomplished, your education, and how you can benefit the company, making yourself invaluable.

But also realize that the first interview is usually just an informal screening process of all the qualified candidates, a cattle call, so don’t be surprised if you’re instead asked what your salary requirements are.

All that they’re doing is weeding out and determining what they need to pay as a salary for that position, they really don’t care who you are, or how qualified you are.

It’s also likely that the initial interviewer has absolutely no idea what the job entails, as their only task is determining the salary range the company needs to pay out, and then the information is passed along to the actual hiring authority who conducts the second interview.

Don’t Fall Into The Trap
You may be the absolute best candidate to fill the position for the company, but may initially get screened out prematurely, this because you tipped your hand too soon by revealing what you want to get paid.

So there are steps which you can take if they insist on what salary you’re wanting. The best solution may be by saying: “My salary requirements are based strictly on the nature and the scope of the position.”

So in other words, the more difficult that the position is, the higher that your salary requirements will be.

If you’re pressed further, that the interviewer insists on you revealing the actual salary figure, you could state a number which is closer to your bottom rate.

For instance, if you’re wanting 60K, and don’t want to announce that figure too soon, you can say: “My salary range begins in the upper 40k’s to the mid 50k’s.” By doing so, you may not be screened out for what the rep may consider too excessive of a salary requirement.

More importantly, it should enable you to get invited back for that all important second interview, most likely with someone else who has actual hiring authority.

That Second Interview
The second interview is your chance to absolutely “WOW” your potential employer. So diligently present to them what you can do for them. Again, avoid negotiating salary at all costs while attempting to convince them that they can’t survive without you.

Once you sell them on your invaluable ability, then be prepared to present your salary figure which is 60K, but only do so if they bring it up first.

If you’re invited for a third interview, that then should be their actual offer to you, but know that an offer could be sooner if your “WOW” factor is convincing, and they insist on hiring you immediately.

If that’s the case, you should be able to secure the upper salary figure, or they may decide to low ball you instead.

Negotiating In Good Faith
If the hiring authority states that the initial interviewer indicated you’d accept a lower salary, then stress the point that the position responsibilities as detailed during the first interview are much greater than what was previously indicated.

It’s a well known fact that “HR” only has a generalized and not a specific understanding of what the various job requirements are, and the hiring authority will usually accept this reasoning.

Begin by reemphasizing your experience, what you can do for them, your business acumen, and all of the qualities which sets you apart from everyone else.

Surviving The First Interview
The initial screening process is nothing more than a game of cat and mouse. That first interview is all about finding out what you want as a salary, regardless of how qualified you are.

So don’t think for a moment that you can’t renegotiate your salary demands on the later interviews.

If you happen to settle for less, and then your welfare will suffer as a result, as you’ll have to live on less. It may work out for you or not, but chances are good that you’ll be unhappy and wished that you asked for more.