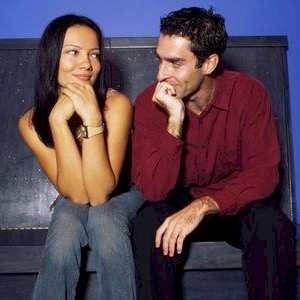 It’s easy for women to say “I Do.” This especially once they’ve reach a certain age, once their eggs and dreams begin to dry up. They don’t want to be single and alone in their 30’s, where the chances of finding a mate diminishes with every wrinkle and pound gained.

They’ll get married to whomever. The checklist that they once had for the “Perfect Man” shortens. They can no longer land that tall dark handsome fit healthy wealthy man, so they’ll settle for less. All they’re doing is fulfilling their bucket list, which is to get married.

On having that wedding of their dreams, inviting their school friends as bridesmaids like they promised they would. The husband to be isn’t perfect, but heck, he’s willing to marry her.

For Better Or For Worse
So they’ll go search and trap the ideal man, frantically look in the concrete jungle to corner him. The process becomes finding someone who’ll fall in love with them, one who fills the bill as close as possible.

Dating is the ritual of finding what each other has in common. Couples in dating mode thus do bonding activities, such as dinner, movies, concerts, partying, spending time with friends.

They are extremely patient with each other, showing their “good” side, and will tolerate things they don’t like to do, this just to prove they’re compatible.

The biggest reveal is what they both like to do when they relax. What downtime reveals is when the compatibility established itself. The quiet times, how comfortable and relaxed they are with each other, this without getting nervous or getting on each others nerves.

New Kids On The Block
First discuss if you want children, an act where you will sacrifice the next few decades on, this to provide everything that they want, this similar to how your parents raised you.

If you want kids, what needs to be agreed on are priorities and bottom lines. The biggest danger being polarization, as one parent may be short in temper and strict, while the other is kind, patient, and loving.

The biggest worry being the kids getting confused, as they’ll get caught in the crossfire, as the couple continuously argue on who’s parenting method is better.

So if kids are on the agenda, than these life skills issues needs to be ironed out early. What differences can do is trigger massive power struggles over who’s right, who’ll win, the ego is an ugly thing.

If one partner, this for the sake of not fighting, goes along with the other, it’s just a matter of time before they’ll get fed up, this especially once the welfare of the child comes into question, and they will protest. So it’s best to discuss before you recreate.

Show Me The Money
Someone who is a spendthrift, marries someone who is fiscally conservative or broke. No cash, no job, no hope. There’s always some wiggle room, but the money gap can’t be that wide.

What’s needed is both to be on the same page financially, as money is the number one reason for grounds of divorce.

The bottom line needs to be known and set, the priorities of money management established. The moment one partner begins to siphon money off the other, spells doom.

Knowing Each Others Mood
Small stuff can explode into big issues. Does one partner get easily stressed and extremely irritable after a hard day at work, while the other once they get stressed, just withdraws and sulks.

Other issues include getting along with the in-laws for an entire week, or sitting through another dinner during the holidays, where the father in-law is glaring laser beams at you.

How about dealing with job loss, or health issues where they can’t no longer work, and you become the sole income provider. Life happens and it can be cruel.

Are you mature enough to handle the major jolts of life, while not taking the small stuff personally. Do you know each others tolerance levels, handle their daggers, while continuing to communicate without becoming irate.

Do you know each other well enough to help one other feel better, or do you make it worse. Are you able to speak up and be heard, and not walk on eggshells, as you might trigger an anger burst. Can you express yourself, as you can’t read each others mind.

Handling The Conflicts
It’s not news that couples fight, often disagree, and it’s expected. Are you able to speak up, this without thinking that you’d be in physical danger.

Or do you both avoid conflict at all costs, bite your tongues, which can build up and become potentially toxic.

Does your arguments fly off the rails and get out of control, even become abusive. Are you both able to come to your senses, regroup, resolve and repair. How sane are your conversations once the problems are behind you.

The biggest issue that couples face, is that once they stop arguing, what’ they’ll do is sweep all of the emotional damage under the carpet. What they won’t do is resolve the issues, allowing them to fester.

The issues then mount, as they distance each other to avoid further conflict, and then begin living separate lives.

How Safe Do You Feel
Do you feel safe, look forward to going home after a hard day at work. Hopefully the power shift isn’t that great where you feel insecure, that the relationship has become so unbalanced, that you feel scared.

You should be able to feel safe enough so you can say whatever you think or want, to be heard without fear, without holding back. To be treated as an equal, to discuss your concerns, with mutual agreement.

The Best Natural Sweet Alternatives Instead Of Refined Sugar