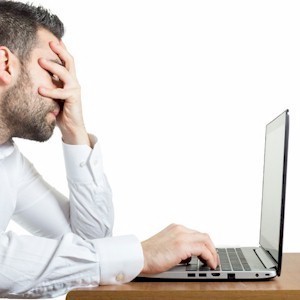 Punching keystrokes on a keyboard is too easy. There you are sitting late at night, a tad lonely, so you decide to share on social media, perhaps a bit more than you should. One of the biggest pet peeves in this era of the Internet is the issue of “oversharing.”

There’s a fine line that’s disturbed between personal disclosure that some cross, not realizing the subtle disparities of sharing too much. It’s thought that you’ll be liked more once you share your life with others, but the actual truth being it can be inappropriate.

As a result, you’re actually liked less in certain instances, so you need to know where to draw the line, as how and what you share affects and influences how others perceive or remembers you.

What’s been researched are the after effects of the ease of these technologically enabled reveals. So a guideline has been developed on knowing what one should do, avoid, what’s considered taboo on social media.

Don’t Care What You Ate – Don’t Like Your Cat
What these superficial self-disclosures does is they can affect friendships. How we feel about those who shares every mundane detail of their drab boring lives with everyone, does is burns up valuable brain cells and binary code.

The feelings about these friends become distorted. Those “friends” who discloses too much trivial personal information about themselves become cautionary. There’s leniency extended however, on how well you know that person.

For those who were known in the past, such as previous schoolmates, if they disclose too much, some will actually feel bad for them rather than being annoyed. The more superficial disclosures that the person continues to reveal however, they’re liked a little less.

If the “friend” wasn’t known that well, they weren’t affected by the same personal disclosures as much, just annoyed. So with those friends that you communicate with most often, keep your personal reveals at a minimum.

Avoid Being So Self-Centered
Those who are wanting to express their true authentic self, tended to use social media more often, this while being more emotionally disclosing about their daily lives.

These same individuals use Facebook as a way of seeking attention while garnering acceptance from others, using the platform as a way of connecting with and seeking empathy from them.

It was also found that despite they commenting frequently on the statuses of their friends profiles or posts, they didn’t receive the same number of comments or replies back on their own posts.

The reason being that everyone knows what their intent is on Facebook, which is to post as often as possible to gain attention and generate replies. As a result, the responses were minimal.

What this personality profile echoes is someone who’s suffering from low self-esteem, who uses Facebook as a way to seek support and attention from others. What they usually ended up was getting less feedback from their friends, or they weren’t as positive.

Woe Is Me Stop Whining So Much
What most don’t like is those who publicly whine, pout, or complain on social media for all to read, this in the hopes that others will sympathize with them. Most just don’t appreciate the constant stream of negativity.

A study was conducted based on a series of random posts, where both negative and positive posts were made on Facebook, this to unknown readers, which were designed to gauge what the overall reaction was.

There was significantly more reaction to the negative posts than the positive ones, this since negative emotions are more contagious and reactionary. The end result being that no one likes a complainer.

Stop Showing Off So Much
It’s found that those who posted solo pictures, such as selfies of themselves as their profile picture, when everyone knows that they’re in a relationship, were less liked, than those who posted a “couples” photo.

There are limits however to this when it comes to how much that person discloses about their relationship. There is a tipping point on how much should be revealed, where it can become annoying.

This to the point where others will get tired or be turned off by the constant display of their “coupledom,” especially for those who are single or have recently broke up.

So go ahead and show that you’re a loving person, capable of being in a relationship, this by posting your images. But avoid anything that’s seen as being too personal or deliberate, this in the attempts to show off or gloat.

Tell Us Who You Are
When disclosing revealing personal information about yourself, this which gives others an impression of who you are, doing so will always make a better impression provided that you keep the tone positive.

Once you portray the best positive side of yourself, it’s found that you’ll be liked more by others who happens to read your profile or your latest status updates. So keep your profiles accurate and uplifting.

To Be Liked More
It’s known that any social media activity that’s constantly focused way too much on yourself, attempting to generate attention, can create a negative impression.

It’s also known that if you’re wanting to be liked by others, you need to become genuinely interested in them. This advice applies especially more to the current digital age of social media, then it did decades ago.

Once you decide that your goal on social media is to genuinely connect with others, show that you care by extending legitimate interest in what they do, then they’ll want to connect with you as well.