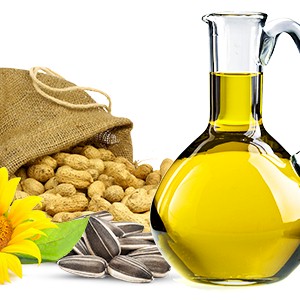 What’s known is that there’s a concentration of certain fats found in most adults, which has spiked over the past decade. The issue isn’t consuming more fat, but it’s the absorption of certain “bad” fats which has become taboo. This is the reason why most are now more obese and sicker than ever before.

We’re in a day and age where there’s a lot of focus on losing weight, getting fit by eating a healthier diet. The biggest issue is what the individuals vision of a “healthy” diet is, which can be vastly polar, and radically different from reality. What’s known is to not go completely “fat-free” to lose weight.

What’s thought is that to lose weight, the diet needs to be completely low-fat or fat-free. Most dietary guides also maintains that vegetable oil is good for the heart, while there’s strong opposition against it.

Different Types Of Fat
The technical term for fat is adipose tissue, which is needed by the body. What it does is provides the nerve cells and the blood vessels help store energy, while releasing hormones. What fat also does is insulates the body.

Linoleic acid is the concentrated substance that’s found in seed or vegetable oil, such as corn and canola oil. It’s a polyunsaturated fat that’s found commonly in processed foods. How this fat accumulates in the fat tissues, is the biggest concern.

It’s also linoleic acid that’s found in the fat tissues of unhealthy adults, which just accumulates in the body over time. Besides canola and soybean oil which contains linoleic acid, others include sunflower, corn, safflower, cottonseed, and peanut oil.

Why Vegetable Oils Are Bad
The common perception is it’s healthy because any vegetable or any extract which contains the word vegetable, must be healthy.

As a result, vegetable oils are referred to as being heart healthy, but what medical studies won’t do is support this claim. This “healthy” idea was solely conceived because of its economics.

Vegetable oils are able to remain fluid at room temperature with a long shelf life, which is an excellent feature for manufacturers and retailers.

Making Fat
It’s the hydrogenation method used during the processing of seed oils, which creates the solid oil forms such as margarine and shortening, that has the greatest health concerns, this because of how their manufactured.

Instead of polyunsaturated oils, which are the natural fats found in butter, what the manufacturers turned to was vegetable oil, which contains high amounts of linoleic acid.

Increase Of Heart Disease
Coronary heart disease was extremely rare a century ago, but it suddenly rose dramatically by the mid-1950s.

One of the main reasons is because traditional animal fat such as butter in the diet declined, while the so called “healthier” fats such as margarine, shortening, and refined oils increased.

To Consume Better Fats
The brain which is our most active organ contains around 60 percent fat. So it’s the type of fat that’s consumed, which influences how our body functions.

Some claim that the human brain wouldn’t have developed as it did, this without having access to high levels of DHA, which is a type of fat that’s found most commonly in fresh fish and certain wild game.

It’s the low levels of omega-3 and the high levels omega-6, which is thought to directly influence brain size and improved function.

Omega-3 vrs Omega-6 Fats
What omega-3 fats does is improves the cell’s response to insulin, along with other messengers. It also helps repair cells once they become damaged.

What omega-6 fats does is inflames, while contributes to insulin and membrane resistance, which impairs cell repair, while altering mood. To avoid consuming high levels of omega-6, what’s recommended is avoiding all vegetable and seed oils.

What needs to be known is not actively consuming more omega-3 fats, but to rather lower omega-6 fat intake instead. If the omega-3/6 ratio isn’t at it’s ideal levels, then it’s thought that the benefits of omega-3 fats won’t be realized.

Ratio Of Omega Oils
What’s known is that most have critically low amounts of omega-3, which is most commonly found in fish oil, while the intake of omega-6 oil, which is found in soy, corn, sunflower and other oils, are exceedingly high.

It’s believed that it’s the lack of omega-3 in the diet which is the primary reason behind most diseases, which shortens one’s lifespan.

Omega-3 also increases energy levels while improving concentration, along with providing better resistance to common illnesses, such as the cold and flu.

Saturated Fats
These are fats that are found in animal products such as butter, cheese, whole milk, and fatty meats. They’re also found in certain beneficial vegetable oils such as coconut and palm.

One of the biggest myths, is that saturated fats will increase the risk of heart disease, which is completely untrue.

What healthy saturated fats, which are minimally processed, does is provides a concentrated source of energy, while also providing the building blocks for cell membranes, along with a variety of hormones.

What consuming saturated fats as a part of your diet does is slows down absorption, so you’ll feel full for longer. They’re also carriers of vital fat-soluble vitamins such as A, D, E and K.

What’s important to note is that not all saturated fats are the same. Their subtle differences can have profound health implications.

There are over a dozen different types of saturated fats, where just three predominant types should be consumed, which are pamitic acid, stearic acid, and lauric acid.

Traits That You're A Too Sensitive Absorbing Emotional Sponge