Learn All About Fiber And The Ancient Grains Which Help 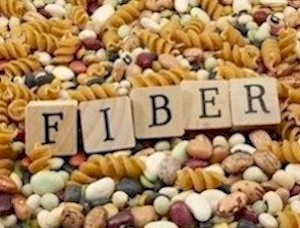 First of all, what is fiber and why do you even need it? Dietary fiber, which is also referred to as bulk or roughage, is the portion of actual plant foods which your body doesn’t digest or can’t absorb properly.

What fiber does is it helps in promoting regular and routine bowel movement while preventing uncomfortable constipation.

Also, fiber has been discovered to provide a number of health benefits as well. Fiber is available in two distinct types which are: soluble and insoluble. What soluble fiber is able to do is absorb water as it pushes itself through the digestive system, which is also usually fermented by bacteria.

Soluble fiber then becomes gelatinous during this process, where insoluble fiber doesn’t change its form when flowing through the body. Soluble along with insoluble fiber are both usually found in plant foods, but not always in equal proportions.

The Benefits Of More Fiber
• Soluble Fiber – What soluble fiber does is it binds with fatty acids while traveling through the digestive tract and intestines. What these fatty acids do is they’ll provide energy to the body, while also preventing certain illnesses.

Soluble fiber is able to slow down the rate of absorption of sugar in the body, while regulating it’s intake, which is essential for those with diabetes. Soluble fiber is also known to reduce bad cholesterol (LDL), along with excess blood fats which protects against heart disease.

• Insoluble Fiber – What insoluble fiber does is it’s able to move bulk through the digestive tract, while softening as well as speeding up the waste elimination process through the colon.

Insoluble fiber is also able to control pH levels in the intestines, while preventing the body from producing certain toxic substances which can lead towards illness.

Soluble fiber is most commonly found in raw fruits such as grapes, apples, oranges, and prunes. Other natural sources include vegetables such as Brussels sprouts, broccoli, zucchini, and spinach.

Since most foods which are rich in fiber will fill you up while also aiding in digestion, as a result, eating fiber can also help in maintaining or help you lose weight.

How Much Fiber Is Enough
How much fiber do you actually need. According to some nutrition guidelines, the average healthy adult should consume up to 26 grams of fiber on a daily basis.

Those with diabetes should be consuming higher amounts, some recommend up to 50 grams daily. The average individual unfortunately currently consumes around 5 to 12 grams a day. The majority of dietitians also recommend that your ratio of insoluble to soluble fiber be 3:1.

Ancient Grains In Your Diet Which Contain Fiber
Really, how ancient are these grains anyways, you ask. These are the select grains which the human race has consumed before considering corn, wheat, and rice as common food staples.

If these ancients are consumed unrefined and unprocessed, they can be considered whole grains which offers an abundance of benefits health wise, including fiber.

One distinct value is that these natural whole grains will help in protecting against diabetes, cardiovascular disease, and certain cancers.

It’s also now becoming a lot easier to incorporate and consume these ancient grains into our diets since they’re becoming more readily available at the local health or grocery store.

Listed are the most popular ancient grains which has proven to be beneficial for your health.

Say Yes To Buckwheat
Buckwheat is a fruit seed which is related to the rhubarb and sorrel family. Buckwheat can be consumed by replacing it with oatmeal or rice, while also commonly included in soups and stews, muffins or pancakes.

Buckwheat does have a strong distinct flavor so it’s commonly mixed together with other flours which lends a different kick to the recipes. Buckwheat is extremely rich when it comes to omega-3 fatty acids, fiber, amino acids, B vitamins and minerals. Eating just one cup of prepared buckwheat is capable of providing 4 grams of fiber.

All In For Quinoa
Quinoa pronounced as keen-wah, which really isn’t considered a grain, has recently gained a lot of popularity lately. It’s rather a seed which is related to spinach, beets, and Swiss chard.

Quinoa is similar to couscous in appearance and texture, while having a rather bland flavor and taste, making it beneficial for adding to all foods. Whatever it lacks in flavor, it makes up adequately for itself since it provides superior nutritional value.

Just 1 cup of cooked quinoa is able to provide up to 5 grams of fiber along with 8 grams of protein. This ancient grain is also gluten-free, which makes it an ideal choice for anyone who may have a sensitivity to gluten or celiac disease.

To jazz up quinoa a bit, try adding it into chicken stock, or into your favorite vegetables along with practically any other ingredient or dish as well.

Is It Spelt Right
Spelt, this ancient grain is similar to wheat. It has a distinct nutty flavor which can also be substituted for wheat flour. Spelt which is originally from the middle east, was first introduced to North America initially as a feed source for animals and livestock.

Spelt, which is similar to wheat berries in appearance does contain gluten, however, so it’s not suitable or recommended for those who may be gluten sensitive.

This ancient grain is known to have a higher protein content than wheat, as 1 cup contains 11 grams of protein and 8 grams of fiber.

Marketing Your Website As If The Search Engines Didn't Exist

How To Take Advantage Of Location Based Mobile Marketing