How Precognition Allows Us To Predict The Future
Skip to content 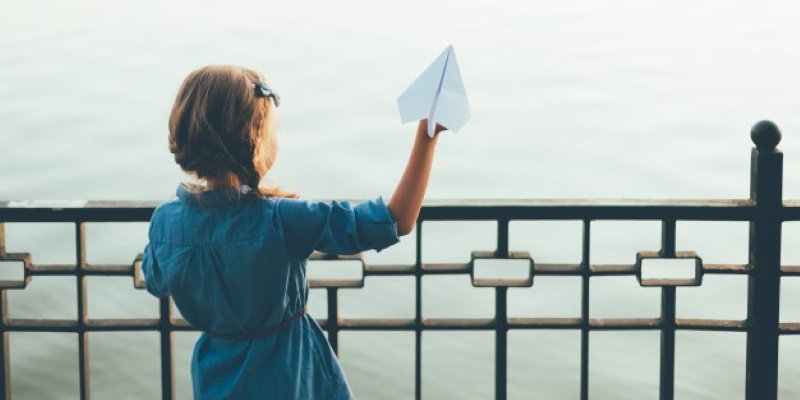 So you believe you have the gift of being able to predict the future of events. Acquiring and using this particular skill can obviously reap great rewards in your life. Just think of the possibilities of how this could improve your financial security, for instance.

You could day trade the S&P 500 first thing in the morning, for the entire day, or the month, and be more accurate than the technical traders and the financial gurus out there.

You could pick the lottery numbers for that $10M prize a hour before the draw. Students will know exactly what’s on the test the next day.

Predicting the future can also save your life, as you’ll know when to avoid that bus which can run you over at that busy crosswalk.

According to some experts, we actually have the ability to predict the future to varying degrees.

This is known as “psi,” which is the ability for some to perceive certain events which are yet to occur. This ability is a lot more acute in some, than others.

Through a series of experiments, experts claim we all behave in a certain way, a predetermined pattern, and while we’re in the present, we already have a vague idea of what’s going to happen in the near future.

This is referred to as precognition.

Is There Such A Thing As A Sixth Sense

There are times when you’ve felt someone is staring directly at you. Maybe this happens in a crowded nightclub, while on the bus, or waiting in line at the grocery store checkout.

Sure enough, you quickly turn your head to lock eyes with someone you don’t know.

The reason why this happens, is your brain, your conscious mind is just doing its job by forming a story, and a conclusion out of all our sensations, as well as our reflections.

This because our daily life is just a series of random thoughts and events which are completely unconnected. So what the mind attempts to do is piece together the puzzle.

A narration of occurrences then happen which will unfold into an usually orderly universe.

But at times, we have those odd experiences which don’t quite fit into our expectations, which contradicts logical science.

So in our attempts to decipher and accommodate the rare outlier phenomena which occurs, we’ll just peg them as unproven entities.

We then begin entertaining the thought something paranormal may of occurred.

These experiences range from sensing an odd or strange vibe inside a room, outside of our bodies. We will then often justify these types of experiences to concepts which are related to psychic powers, luck, energy, or something terrestrial.

These external explanations are a lot more convenient as they’re also more appealing as well as intuitive, rather than blaming the odd unusual experience as our mind playing tricks on us.

The most common when this happens, once again, is sensing a complete stranger is staring at you.

Once you turn your head and actually see someone looking at you, depending on the setting, your emotions then become activated, making you feel either excited, comforted, or just crept out.

Furthermore, if you do begin to feel uncomfortable, and find whether a complete stranger is really looking your way, your reaction and movement may draw attention, which confirms your suspicions.

We’ve all experienced various degrees of déjà vu, as it’s a common occurrence. We most likely just shrug it off as it being a coincidence, or a mental hiccup from our tired bored mind.

Researchers define it as incidences which are a sense of familiarity, this without having a recollection of why it’s familiar.

It could also be a timing issue which happens in the brain, where the thoughts are experienced twice, due to a slight wiring malfunction or delay.

So as a result, it lends to a second occurrence of the same sensation which is repetition or a coincidence.

There are others who believe that it’s a glimpse, a snapshot back into a previous past life or a parallel dimension.

A Belief In Fate

We’re all aware of the story, or stories, myth or not, where a couple who are soon to marry are looking at their family photo album’s, shortly before their wedding.

One particular picture catches the grooms eye. In the image is his bride to be, taken ten years earlier, posing at Disney World with Mickey and Minnie mouse.

But, to his surprise, in the same photo, which was taken a decade earlier, was also his own entire family in the background, who at the time lived in the opposite end of the country.

In the picture was he, the 11 year old groom, mouse ears and all, as his family was also on vacation at the same exact time, and happened to be captured in the same photo.

The two kids in the photo would eventually meet years later and now soon to get married.

Once they both saw the photo, they got chills. It’s just too much of a coincidence for this to happen, so was it fate. Most would definitely get shivers in the same situation.

For some, it takes a lot less.

Just hearing the same odd word twice within the same hour, which often happens, or meeting someone who’s from the same small home town in a large crowd, will make you pause and say, “It’s a small world out there.”

These types of moments happen once our brains begin to spot patterns, which is an ability that’s developed from the earlier states of precognition.

What associating different patterns allows, is to make sense of all the sensory input, while being able to predict regularities which are in our immediate environment.

Finding these patterns is central to our survival, and to our success as our brain is trained to see patterns everywhere, even if the data is completely random, and struggles to do so.

We’re able to spot faces in crowds, or clouds, and the conspiracy theorist in all of us hears messages in music played backwards. All this because we expect some type of normalcy in the world and our lives.

But then, on occasion, this compulsive pattern spotting can escape us, and makes a connection we don’t expect, creating complete chaos in our minds.

Once that occurs, we then demand our subconscious mind for an explanation, as we seek answers.

Top 9 Most Common Dreams And What They Symbolize