Those Favorite Tasty Foods Which Are A Danger To Your Health 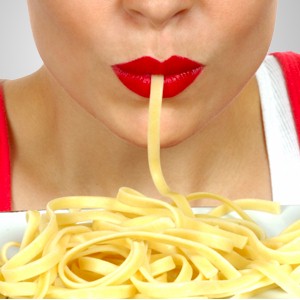 We’re all attracted to a certain taste of delicious food because it makes us feel better, and hungrier, they whet our appetite. So it’s important to know that there are a select group of foods, most likely your favorites, which can pose a danger to your waistline.

We’re constantly bombarded with what we should eat, what’s the healthiest for our body, and what’s bad for us. Those involved in the marketing of food are also recommending that we eat packaged processed food. The latest trend being they labeling their food as low in fat, or natural.

You’ll often commonly see this type of packaging with foods such as candy. Any product which is extremely high in empty sugar are now marketed as low in fat, this in the attempts to trick the consumer into thinking that the chocolate bar is actually healthy.

Most often, the worst foods are the one’s which tastes the best, the most delicious, and what we like. So the key to eating these treats is doing so in complete moderation. But know that if you completely stop eating them, that you’ll just end up craving them more.

So what’s compiled is a list of the worst delicious foods which you may want to reduce consumption of, or even consider never consuming again. The following are agreed upon as the unhealthiest of foods which deprives you of much needed nutrition.

Favorite Foods Which Are Bad For You

Those Fancy Designer Coffees
We all enjoy our morning coffee, but if you go fancy, know that you could pack on a couple pounds without even realizing it. Drinking pure black coffee has around 5 calories per cup, making it the best yet bitter choice.

But once you begin adding cream and sugar, the calories increase. The fancy designer coffees from your favorite stand are the worst. What’s added are an abundance of flavored sugars, whipped cream, caramel, and chocolate sauce, skyrocketing the count.

These can easily elevate one cup of specialized coffee to over 300 or more calories per drink. So instead, try acquiring the taste of black coffee with a bit of milk instead to get your morning jolt.

Having Another Tasty Milkshake
Milkshakes has always been a popular traditional diner beverage, but we all know that they’re a massively unhealthy drink. A large thick milkshake could easily contain anywhere from 3 to 5 scoops of ice cream, then add syrup and cream.

Those specialty ice cream parlor shakes are probably the worst. Certain brands contain over 1500 calories in just one drink. So if you fall victim to enjoying a cold creamy glass, then consider an ice cream float instead.

Begin by scooping low fat ice cream or frozen yogurt into a tall glass or blender, and then pour soda and skim milk over top. You’ll get a similar delicious milkshake flavor, while saving you loads of calories.

Those Fancy Mixed Cocktail Drinks
What having a mixed cocktail drink does is it cuts the taste of the alcohol, but they’re an absolute hiding place for calories. A simple gin and tonic can easily contain up to 200 calories per drink, as tonic water is extremely high in sugar. So choose soda water instead.

The majority of those fancy fruity drinks with umbrellas will contain syrup, which is usually pure sugar and water. There’s also a lot of calories in soda and juices, and blending can be particularly bad.

A Pina Colada drink could easily contain an entire meals worth of calories in one glass, which includes bad fats and sugar. Instead, choose wine or look for drinks mixed with water.

Knock Knock Your Pizza Delivery Is Here
Pizza is an easy weekday favorite for most families because of it’s convenience and taste. But not only is pizza expensive, the popular brands can add a wallop to your waistline.

Adding on a bit of extra cheese along with fatty toppings such as pepperoni can be delicious, but are unhealthy choices. Just one large slice of this type of pizza washed down with soda, could easily be an entire meals worth of calories.

The delicious looking and tasting deep dish pizzas are particularly bad choices and perhaps the worst. The best way of getting the taste of pizza is by making your own thin crust pizza, and sparingly using cheese and meats while adding lots of veggies.

The “Fry” In Fried Chicken
Most people believe that fried chicken doesn’t absorb all of the fatty oil which it’s cooked in. Although true when cooking in extremely hot heat, as doing so prevents the oil from absorbing into the chicken meat and soaking up bad grease.

But it’s the breading on the chicken which takes on the brunt of the fat and the calories. The store bought and the restaurant fried chicken are the worst, this because they use the cheaper saturated and trans fat oils.

So instead of coating and then frying the chicken, try baking it instead. What you’ll still get is that crisp tasty coating, but will usually cut the calories down to over half.

A Second Helping Of Fettuccine Alfredo Please
This is a popular classic Italian dish which we secretly know is packed full of calories and extra fat. The original dish was just Parmesan cheese mixed with a bit of butter, but the modern day versions contain heavy cream for better taste.

Eating pasta alone however doesn’t need to be an unhealthy meal, this since you can make homemade tomato based sauces instead. This significantly reduces the calories while getting more vegetables into your diet.

You can also try whole grain pasta which will make you full quicker and for longer, then adding vegetables such as mushrooms, carrots, and peppers can contribute to your meal being tastier.

A Baked Potato With All The Toppings
This particular popular side dish is packed with a ton of additional calories and fat. The potato itself is already high in calories, as they’re a starchy carbohydrate.

Then topping them up with pats of butter, sour cream, bacon, cheese, can attack your health for the worse. The good news is that it’s easy to turn this high caloric food into a good food choice.

Begin by skipping the butter and try olive oil instead, and use the low fat variety of sour cream. If you still insist on cheese, then use low fat and less of it. Add chives, salsa, and other low calorie based toppings to enhance the taste.

How To Consciously Focus Daily On A Positive Attitude