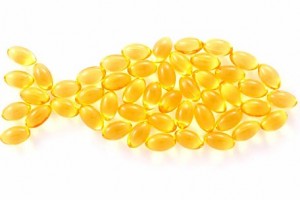 It’s pretty well known that there’s no magical elixir or formula when it comes to maintaining good health and nutrition. But based on the three or so decades of research, as well as testing, prodding and poking around, Omega 3 Oils which are fatty acids, definitely is an excellent solution.

The results based on thousands of studies conducted presents extremely strong evidence that omega oils are capable of contributing to keeping the heart healthy, blood pressure low and steady as well as keeping the arteries clear.

Omegas are able to provide all of this service while protecting against symptoms such as diabetes, arthritis, and a number of other conditions and ailments.

One of the more important as well as interesting studies concerning Omega Oils, which are found most commonly in flax, fresh fish and walnuts among other foods, are that they’re able to alleviate mild depression, increase mental acuity and help you to remember better than you did yesterday.

The Omega Fatty Acids And The Cognition Connection
The connection between omega and cognition actually makes a lot of sense. The human brain itself is actually a big blob of high content matter, which contains a high percentage of fat which is in Omega form.

Although the extensive testing as well as research that goes into brain and mind function along with omegas is forever ongoing, and also in some cases can be controversial, the facts are however crystal clear.

Omegas has proven to be a major component in the neural connections along the sheathings in the brain, as well as being present throughout the entire nerve structures of the body.

It has been noted that close to 10% percent of actual brain tissue contains this critical lipid. Omegas also plays an important role in the production of serotonin, which is the body’s own natural antidepressant. Omega is also known to interrupt the actions which are associated with certain compounds which are known to degrade serotonin as well.

Also, those who may experience diminished cognitive or emotional capacity are known to have depleted or lower levels of omegas in their system. A recent study has found that the presence of omega3’s reduced actual cognitive decline in older adults.

Other studies has provided excellent evidence that when it comes to older adults, who may be feeling the effects of cognitive difficulties due to old age, the consumption of omega fats has helped in arresting as well as even reversing these symptoms.

Omega Excellent For All Ages
It’s been well established that omegas are extremely critical for a babies’ natural neural growth, as well as its development during pre and postpartum. A different study which was based on school aged children, aged between 8 to 13 years old, who were supplemented with Omega found that taking just 300 milligrams on a daily basis of DHA and EPA Omega fish oil had increased attentiveness and focus.

For those in our aging population base who falls between the ages of 30 to 55, there was a study conducted of 500 volunteers where it was concluded that, although the direct connection between supplementing omega-3 and it’s relationship with better cognitive performance was still not fully known, there were immediate positive effects of DHA having favorable affects on cognitive performance.

This may be excellent news for those who are trying to remember which 1980’s spiked hair band sang that theme song during the senior prom when meeting up with everyone on the 25th year reunion.

Injecting Omega 3 In The Poor North American Diet
Since it’s pretty well evident that the current North American “fast-food” based diet lifestyle is highly deficient in natural omega-3, most are wondering what the best way is to get at least the minimum recommended amount of Omega 3.

Most experts will recommend at least 1,500 milligrams per day is the ideal dosage. Fish oil which is derived from fresh fatty cold water fish such as herring, salmon and mackerel, are also considered to be the most bio-available.

But because of the complaints of scarcity based on overfishing as well as the controversies surrounding farmed fish, for these reasons, consumption of these fish has curtailed.

The good news however is that there are companies who are farming omega 3 rich barramundi in indoor tank systems. The results are similar in color as well as texture to the common sea bass, as they are healthy, sustainable, and extremely flavorful.

There may even be better news regarding omegas which are derived from plant sources, such whole grains, walnuts, avocados, certain seeds and winter squash. Although these forms of Omega at one time was thought to be poorly absorbed in the body, it turns out that these omega-6 based sources has excellent absorption rates.

Also, there are certain seeds, such as hemp, chia and flax which are extremely rich sources of this crucially important brain nutrient. There has been recent technology which has developed microencapsulation, which is the enclosing of omega oils into small microscopic capsules.

What this has achieved is it has opened up the market for aroma as well as flavor based free omegas which are now appearing in food. There are now Omega based food products which are available, such as, orange juice, chocolates, sports bars, sandwich breads, milk, yogurt products and of course supplements, just to name a few. Add this to the list of seafood, nuts and omega-loaded eggs which are all naturally available.

As omegas are now widely popular and available, the key may be to getting the best possible cognitive benefits from them. The most important of course being that you simply remembering to take them.