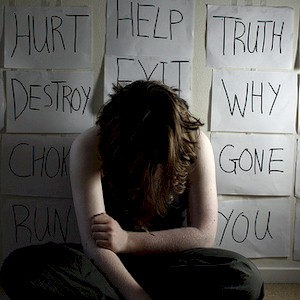 Why is it that some seem to have all the luck. The great genetics pool, with their beautiful picture perfect porcelain features, or their chiseled handsome physiques. They’re born into an environment of success, their parents are rich, enlightened, and are completely aware of the world around them.

Thus, these individuals themselves grow up well adjusted, highly charged with emotional intelligence, as well as being properly balanced both mentally and physically. They’re extremely liked and respected by their teachers and peers.

They’re popular, they attract dates like flies who are absolutely delighted to magnetically swoon over and then spend time with them. They graduate with honors, and then get into the swankiest of post secondary institutions.

The Picture Perfect
They glide through their specific educational training getting their designated degrees, with no sweat, this while participating in all of the extracurricular events of life. They’re extremely accomplished.

Then they find a compatible partner in life with an equally mirrored background, outstanding, where the proposal of marriage becomes a formality. They’re recruited by the top employers in the nation, given the option to join the most prestigious firms, given the highest salary, in the most ideal location.

They have adorable children with perfect habits, all with straight teeth and tamed attitudes. Their life and careers soar similar like a hot tech stock, they’re in demand, they’re adored by everyone.

They retire early, healthy, and vibrant enough to travel the world in their yacht while still in their ‘50s. Then they pass away peacefully in their sleep when in their ’90’s, with their loving children and grandchildren all by their side. Then the perfect cycle of life continues.

What? You Mean This Isn’t You
Then there are those who just can’t catch a break. They have no choice or say, they’re born into poverty on the other side of the tracks, in that rundown shack with the poor lawn.

Their parents are constantly fighting, and with their lack of morals, they do so on the porch for everyone to see and hear. As a result, the children develop learning disabilities and are not able to focus in school, where they’re ill fitted with raggedy hand me down clothes.

While still in the first grade, they’ve been restrained with a dose of Ritalin. They’re unattractive and socially inept, clueless and aloof, they’re ostracized and bullied by their peers.

Then they meet up with the other similar kids who are in the same circumstance, this the wrong crowd, and then get into trouble together, perhaps a life of crime, certainly a life of delusion.

They don’t qualify to get the government funding to go to community college, so there’s no other option than to live in the basement with their still angry, divorced mother, this until they’re finally able to land a crappy job at the mall, so they could eventually move into their 500 square foot bachelor apartment.

They marry someone cruel, with whom they had a fight with the first day they met, but what the heck, they’re having a baby. They live month to month on limited income, seeking assistance from poverty handouts and the food bank. They have a child who has disabilities.

While still middle aged, what they develop are most of the health issues in the medical dictionary, everything from a bad back, obesity, to major depression and diabetes.

Both of their parents develop long-term chronic illnesses which they’re forced to spend all their time dealing with, this since they don’t qualify for a nursing home.

No sooner than their parents pass away that they get diagnosed with a chronic disease themselves, and then spend the rest of their lives attempting alternative medication, this since they can’t afford a doctor. Death becomes a relief.

Okay That’s Not You Either
Alright, that’s too contrast. The majority of us fall somewhere in between, but regardless, many feel that life somewhere, somehow, has been somewhat unfair to them.

If you’re like most, then you won’t listen on don’t care about the predicament and state of the world that we live in. There are people who are born into starvation, some survived the Holocaust, and yet, they don’t complain.

So what needs is an alteration, an adjustment, a broader viewpoint on how to cope better with your life. How to deal better with the constant personal self-pity party that you have with yourself.

If your career, relationship, and health kind of suck, it becomes tough to tackle all of them at once. Start by giving yourself an easy win, such as writing a kick-ass resume, or start jogging. Pick one goal and then do it.

View Life Outwards
What all this self absorption does is it focuses on “woe is me,” that the world is conspiring against you. So instead, volunteer to help those who are in a more unfortunate state than you are.

This way, you’re less likely to wallow in yourself, not because you realize that others are worse off, but because helping them requires your attention, which makes you appreciate your life more.

Believe In Something
Even though atheism has recently become the most popular religion of choice, most who feel down in the dumps will feel some type of uplift with some form of spirituality. So regardless, if you believe in spiritually or not, just believe that there is a more higher power than you.

Know Where Your Life Stands
At times, writing and then seeing your life in a black and white contrast can help. On a honest nonjudgmental scale of 1 to 10, rate how you feel your life is right now, at this moment.

How happy, how satisfied you are when it comes to your career, health, family, and relationships. Is all this self-pity really warranted. There are others who are worse off than you, and there always will be.