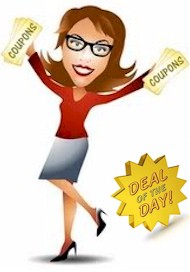 Based on Groupon’s enormous success of their online coupon business model, and perhaps more importantly, they not accepting Google’s $6 billion offer, has prompted Google themselves to set up their own online social-coupon site. Google, the giant online entity has decided to offer a similar coupon site, which will be called ‘Google Offers.’ This will compete directly against Groupon, and others currently in the market.

Businesses who are interested in participating, have already reportedly been signed up for Google Offers, which will also challenge a similar site called Living Social. As these types of sites are extremely lucrative, most experts agree that Google getting in on the ‘social-coupon’ action with Google Offers is an absolute no-brainer.

So would Groupon’s initial snub of Google’s buyout offer eventually bite them back? Time will only tell. Google obviously likes the “Social-coupons” business model, and it is a pretty transparent business concept that can be easily duplicated. Google maybe also likes to play the role of the schoolyard bully, and doesn’t like to be turned down. So they just decided to set up their own site. This service is ready to roll, and expected to launch soon.

Google “Offers” Similar To Groupon and Living Social
Google’s new service will resemble Groupon and Living Social’s exact concept and platform. A daily e-mail will go out to their members/users who has signed up and has agreed to receive these offers, which will comprise of a local ‘Deal of the day,’ available only for a limited time. Once there is a specified sufficient number of members that’s sign and accepted the deal, it then becomes available, offering the consumer substantial savings. There will also be an option for sharing their offers through all the usual social mediums: Twitter, Facebook, Reader and of course Google Buzz.

Payment At 80% Percent
According to some reports, Google is currently signing up businesses who are interested in participating, as well as putting together an editorial and operations team. Google is reportedly expected to pay out 80% percent of the revenue to the businesses, which is payable within 3 days after an offer is posted. The remaining 20% percent is payable within 60 days, this to cover for any refunds.

This Is A No-Brainer For Everyone Involved
These types of social-coupon sites, according to marketing analysts, are virtually a ‘no-brainer,’ money making venture for everyone involved. It is a classic ‘win-win situation,’ as there is absolutely no risk for any of the participants.

When in motion, every party benefits: The businesses that are involved, the customer’s who are interested in buying the coupons, and Google or anyone other social-coupon service acting as the middle-man. The businesses that are offering the ‘coupon sale’ benefits, as they can set a threshold for when a coupon is activated. If that threshold isn’t met that day, the offer is simply canceled.

They are not just throwing out marketing ‘ad’ dollars just to see what activity they can generate. Instead, these businesses are laying down a trap. They are “leaving the door slightly open, with goodies inside, to see how many buyers they can attract.” They collect the emails, which they can market to at a later date. Google and their marketing acumen has always been masters at creating new ways to increase their ‘ad dollars,’ by effectively funneling their users towards a particular product or service.

So Why Did Google Want Groupon Again?
Since Google already has their own built in, in-house marketing resources to set up their own social-coupon buying service, the real question is… Why were they so eager to buy out Groupon at such big dollars? The most obvious answer would be that Groupon already has their business model established, and more importantly, has a huge number of businesses already set up. So all Google was interested in buying was a pre-built, “Business In A Box.”

It’s also expected that Google ‘Offers’ will be a micro-location based service as well. So when there is enough people who are physically near the same neighborhood location’s offer, that’s when and where a special ‘Deal of the day’ would be activated, this effectively creating a “flash mob” mentality.