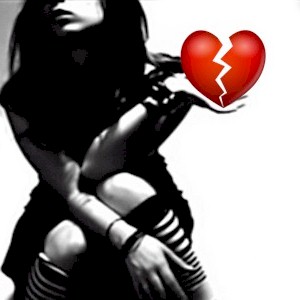 Breaking up is hard to do, as the song goes, but social media makes the blunt pain a heck of a lot easier, as it’ll help you cut off all ties. The convenience of Facebook makes the process a lot more efficient so you could move on.

Once a relationship doesn’t go quite as planned, we want to find out what happened, this to work out the kinks for a better experience the next time. Often, it can be an easy fix, a simple tweak, but most often it slithers into the complex.

We all still have this primate desire of understanding basic human instincts which are hardwired into our brains. Before the Internet, before Facebook existed, before mass media was around, attempting to understand how the world worked was a difficult thing to do.

Back then with limited communication from the outside world, it was a puzzle where certain foods came from, where cougars hung out, or which snakes were poisonous, as knowing these questions increased the chances of us surviving another day. We still have the same curiosity, just different issues.

Our basic human instinct also motivates us to socially connect with others. If you go back a couple centuries, once someone was ostracized from their own tribe, their own pack, that was considered severe punishment. Similarly, “grounding” can be an effective tool for parents to use on their kids who misbehave.

Then There Was Social Media
The Internet, particularly Facebook is an outlet where you can get direct answers to your most immediate burning questions such as,”why didn’t my relationship work out.”

Facebook is all about being social, thinking as equals on a peer-to-peer basis, we putting our best virtual face forward. But FB isn’t usually the place on the Web to get the truth or ask difficult questions.

Breaking up with someone is a difficult thing since it hits you with a double dose of human deficiency, a loss of a meaningful connection and you don’t know why, and the uncertainty which you face for the future.

What we want once we wake up in a cold sober of a recent breakup is being reassured that our lives and the world that we live in still makes some type of sense, that we’re still wanted and desirable.

What it takes is a conscious effort along with a passage of time to restore order back into our lives, this to relieve and reset our emotional brains while reclaiming our sense of self.

Whether you use social media or not, breaking up is still breaking up. The rules which dictate disengagement are still the same as they always were.

What social media can do, however, is help you in moving to a better place in your mind while elevating your mood, this depending on how you use it. So don’t use the easy access outlets such as drinking yourself to sleep, or beating yourself up emotionally over something which you’re not able to change.

Dealing with any type of loss hurts, this regardless of what the reason behind it is, as it still won’t answer the most important questions that you want the answers to. You may of not had a choice regarding the break-up, but you can control the aftermath.

How Social Media Can Help You Overcome Your Recent Breakup
• You’ll most likely be extremely tempted to “stalk” your ex by finding out what their doing since you both moved on… but never ever go there. That’s a definite no-no. If you choose to do so, what you’ll do is trigger all of the initial negative feelings which will bring all the pain flooding back.

This is similar to you driving by your ex’s house at night just to see if there’s an unfamiliar car, if the lights are on, or you go spy on their favorite hangouts, etc., and doing so on Facebook is much easier.

Instead, go find something distracting such as humor and just laugh it out. What laughing does is it alters the chemicals in your brain in a positive way while instantly improving your mood for the better, which optimizes resilience.

• Go on Facebook to find local “Events” which are physical in nature. There are a lot of local walking, jumping, running, dancing, hiking, or biking clubs which you can join to meet new people.

Go join a new group and become active by finding a yoga class for instance. Similar to laughing, what physical exertion and sweating it out does is it activates the natural endorphins in our brains which completely improves our mood and outlook for the better.

• Stop making those routine and regular posts on Facebook when your whining and complaining about all of your woes, how unfair life is, why you’re the victim. At the very least, make an effort by connecting with other like minded friends.

Use the various social media tools which are made available so you can engage in different activities and events with your new and different friends. Get out and actually check out these local meetup spots.

• Make sure that you change your “status” while unfriending your ex as well as all of their friends who are associated with your ex and their activities. Those aren’t the type of friends you want any longer.

• Release that pent up emotion and inner turmoil by putting it to good use by volunteering your time. Go out and help at the local church, school fundraiser, or the homeless shelter.

• Extend your empathy by doing something for someone that will remove the focus from yourself and your problems, while doing so will also activate the reward centers in the brain.

There’s valid reasons which supports that this type of altruistic behavior will make you a lot more attractive to potential new partners.