How Your Attitude Towards Time Affects Your Spending Habits 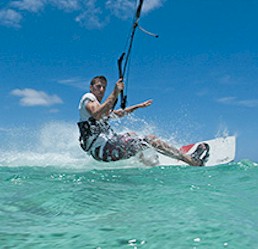 The majority of the so called geniuses of the world basically agree on one issue, and that is, when pursuing goals in life, and then ultimately achieving success, what it comes down to are two primary elements, Time = Energy. What this means is the length of time that it takes, and the expenditure of Energy that is spent, for someone to complete a certain task.

It’s also been said that time is money, where money is a form of energy, this especially apparent when we all go to work on a daily basis, or when we’re paying others to do the work on our behalf. What we’re doing is engaging in an exchange of time for money.

[ad#co-1]
However, based on research that was recently conducted, it’s been suggested that the relationship between time and money may run even deeper. To better understand this connection, what was examined was how consumers attitudes change based on how they choose to spend their money with the time that they have.

For instance, we all know those relatives who are constantly reliving and reminiscing about their fabulous past, the good old days. Then there are those adventurous coworkers who view the past as experiences which are long gone, buried and forgotten. They live life for today and the moment. They are the people who are acutely aware and respondent to what’s happening at the exact “now,” grabbing all of the pleasures and the joy that they can while living their life in the present. The final group are those who are constantly planning for the future, the same exact worrisome future that never seems to come.

Time Perspectives
What this time space relationship that we all live in is often referred to as “Time Perspective.” What researchers found is that depending on what time period an individual chooses to live their lives in, may be closely linked towards certain health related behaviors, including issues such as alcohol or drug dependency, or sacrificing their overall happiness.

So some of the initial results is that those who constantly display a positive view of their past, and are living in the present, are more than likely to spend some of their discretionary money on life altering experiences such as skydiving, as opposed to purchasing material possessions such as a gigantic LED TV.

Generally, for those who are more than likely to spend their hard earned money on these life experiences that they can talk about, as opposed to buying countless possessions, report overall better satisfaction in life, as well as having better relationships and overall wellbeing.

In contrast, those who may routinely have a negative view of their past life experiences are more than likely to pursue their ultimate happiness by acquiring material, usually high ticket possessions.

There is a thought that people who may be feeling that they’ve been deprived when in their childhood attempts to guard against the same deprivation when in their adult years by purchasing and then surrounding themselves with material goods whenever they can.

Unfortunately, they decide and then attempt to pursue happiness through methods of materialistic pursuits, which generally results in lower satisfaction and lower esteem in life, rather than raising it.

While these studies and results may be preliminary, what they suggest is that maintaining a negative aura and the view of ones past life experiences will generally lead towards unhealthy behaviors as well as poor spending habits that don’t really result or points towards happiness.

So the next time you spend money on something significant, is it to enhance your life experiences or is it for material gain to show off. It should be interesting how you handle your own “Time Perspectives,” and how it directly impacts your particular spending habits.

So what you need to do is explore your time consumption as well as perspective. It’s important to know your time perspectives and how it relates to your spending habits.

Essential Oils Are Excellent For Weight Loss And Diet

Why Using Twitter For Business Is Good For Marketing