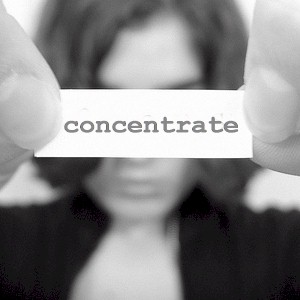 We at times will distract ourselves as we look for things to do other than the task at hand, which is usually work. It’s the human condition to avoid focusing on the things that need to get done.

Productivity then begins to slide, the homework doesn’t get completed, the report isn’t written, the household chores not done. Blame this on procrastination.

You’re wanting to read that book, but your mind constantly wanders back and forth while getting distracted, thinking about a comment that someone made to you earlier which may be completely irrelevant. You desperately need to write something, but that small ever present voice in the back of your mind interferes and convinces you to check your email instead, or your Facebook again.

Think of how much more productive that you can be if you could just dedicate complete focus on whatever you’re doing, rather than your mind always wandering all over the place at random.

There has to be an effective method, a better structure of training yourself to focus better when you need to. That would then make you a lot more effective and efficient, allowing you to control your thinking a lot better.

Tricks To Training Your Mind To Perform Better
There may actually be a method that has recently been discovered and used, a way of influence which improves the performance when it comes to thinking of doing and completing certain tasks.

This training behavior adopts elements of meditation which helps people to become a lot more aware of what their thought patterns are. This by doing certain mental exercises such as concentrating on an isolated taste or smell, for instance.

People learn how to recognize the way which other thoughts are able to intrude on their own current experiences.

During this time, the training helps people to learn how they can avoid suppressing thoughts actively, which can then make them more likely to have those undesired thoughts filtering in.

A Controlled Study On Training The Mind
The study involved two groups of University students which were randomly assigned. The first group were placed in this 2 week mind training program for better focus, and the other in a 2 week program which involved better nutrition and healthier eating.

These students were then given the same analysis test before each of their respective programs, and one test after as well. The pre-test was a standard reading comprehension test along with what’s known as a working memory test.

What working memory refers to is the amount of information that you can immediately use which is still resident in the short term, at the present moment while still in the process of thinking.

The more that your mind begins to wander randomly, the less of this “working memory” that you have or use to focus on the immediate task you need to do.

They were asked if they were thinking and concentration on the test, or if they were having other thoughts which were completely unrelated to what they were supposed to be working on.

Two Different Tests Two Different Results
The participants who were given the nutrition testing display no actual or reliable differences when it came to their performance on either test.

So there wasn’t any measurable differences from the beginning to the end of the entire testing period during the study. The number of mind-wandering thoughts appeared to not change at all.

The participants who did the mind training program showed improvement on both the reading comprehension as well as the working memory tests. The mind wandering was also decreased.

The tests which were based on statistics demonstrated that the improvement in the actual scores were related to the decrease in the mind actually wandering itself.

Is It All In The Mind
So what this testing and research suggested and solved was that when it comes down to thinking smarter, you yourself may be your own worst enemy.

The difficulties which you may have when it comes to concentrating can have a direct impact on your ability to be able to learn information along with solving new problems.

The ability for you to focus properly is usually affected by a few factors. It begins with the busy information environment which you find yourself in. These interruptions can be continuous and repeated interruptions from interferences such as, email, cell phones, texting, and the Internet.

All of these influences can draw attention from what you’re attempting to accomplish. Also, when your mind does wander, it obviously also affects your thinking process.

Mindfulness Training Methods
Any direct training on mindfulness, similar to the one in the controlled classroom setting is just one ingredient in an entire set of programs which will make you concentrate better.

What this training does is it helps you in learning more about your own thinking patterns, which will ultimately help you to sustaining and controlling your attention.

The less that your mind wanders randomly, the more effective that you’ll be able to think and focus in the direct moment to complete your tasks at hand more efficiently.

The Latest Greatest Keys To Become A Successful Entrepreneur

The Biggest Myths Regarding Diets And Nutrition Debunked