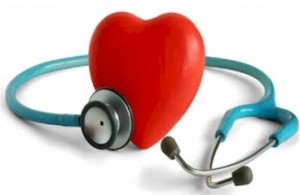 The general prescribed recommendation for managing cholesterol levels for optimum health are: Lower the “bad” (LDL) cholesterol, and raise the “good” (HDL) cholesterol.

Most are aware that there’s the good and the bad, the good and evil, when it comes to one’s cholesterol. If the bad levels of cholesterol, known as LDL are too high, it needs to be reduced. What doing so lowers the risk of certain major health risks, the most notable being heart attack and stroke.

It’s also pretty well known that raising the good cholesterol, which is known as HDL, is required for the same reasons, which is better heart health.

What the majority, however, who are at the risk of heart disease don’t realize is that having lower levels of the good HDL, can actually be more of a risk of potential cardiac disease than having high levels of LDL cholesterol.

Raising The Good HDL
There’s documented reports which support that the highest risk of getting heart disease isn’t from having high bad cholesterol, or from smoking, diabetes, or hypertension, but from having low levels of the HDL cholesterol.

The study continues by stating that lower levels of HDL will contribute more towards the hardening of the arteries, known as atherosclerosis, than does a high LDL level.

Then Why Focus On Lowering LDL Bad Cholesterol
Why then do most health experts focus their discussion and the prescribing of lowering the bad LDL cholesterol levels, and not key in on raising HDL as the research supports.

The reason according to these experts is simple. There aren’t any effective drugs which are currently available on the market which can effectively raise the HDL levels.

So what’s usually prescribed is getting a lot of exercise to raise one’s HDL. But for most, exercising requires too much time, effort, and dedication, and doesn’t always fit into their daily schedules. Most also just don’t like to exercise.

Natural Ways To Raise HDL Cholesterol
Recently, its been discovered that low carbohydrate diets can be an effective method of raising HDL levels. This is arguably a much better and a less painful way of raising the “good” HDL, than exercising.

There’s also another component which has been recognized when it comes to cholesterol, and that’s triglycerides. As the triglycerides levels increase in the body, generally, the good HDL levels will go down, which you don’t want.

How To Reduce Triglycerides
The key then would be to reduce the triglyceride levels in the body. The following is what’s recommended:

• Reduce one’s weight, and
• Reduce carbohydrates in the diet

Especially for those who are obese, they should be reducing the consumption of carbohydrates in the diet, the biggest culprits being sweets and sugar, which will effectively reduce the triglycerides levels, while raising HDL.

Actual Clinical Tests
There’s evidence of this being effective based on actual clinical studies. One patient in particular was tested at: triglyceride level of 165, and the HDL level at 36.

Note: A 40 or lower HDL level is generally considered at risk of potential heart disease including stroke.

The patient was place on a strict low carbohydrate diet, and as a result, lost close to 25 pounds. The triglyceride level was lowered to 42, which raised the HDL to 70.

Since any level of HDL that’s over 60 is considered protective against heart attacks, the results were obviously astounding. This in most traditional medical opinions is also considered almost impossible.

Since losing weight has proven to have more of an effect when it comes to LDL, it’s strongly suspected that the rise in the HDL was due mostly due to the reduction of the triglycerides.

This reduction in the triglycerides can also be attributed directly to the reduction in the amount of carbohydrates in the diet. So a proper carbohydrate diet combined with a consistent exercise program, in this case, was extremely effective in raising the HDL cholesterol.

What This Means
The good news is that it may be more important to raising one’s HDL when it comes to cardiac health than what the medical experts previously thought.

But the bad news may be that significantly altering ones diet isn’t that easy to do, but for some, it may be easier than adopting a regular exercise routine.

So based on those choosing to go this route, the attempt of lowering triglycerides in order to raise HDL may be equal to replacing intense exercising to get the same effect.

Doing a combination of both, a strict low carbohydrate diet, and exercising regularly will obviously have the best results for managing one’s cholesterol.

The Path To True Success Begins By Doing Things Differently

How Common Toxins In Your Home Is Damaging Your Health