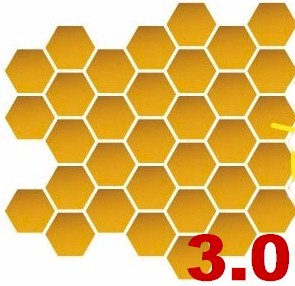 Motorola’s Xoom tablet will play the feature role when Google unveils their spanking new Android 3.0 OS, dubbed Honeycomb. This latest and greatest new version of the Android OS software was built to house the tablet device market. While Samsung and their Galaxy Tab is already on the market, their device runs on Android’s v2.2, which is more suitable for the smaller smartphones. The Google Android 3.0 is expected to be the first serious competitor for the Apple iPad.

The tablet wars because of this release is beginning to heat up. Google and their new open-source Android operating system is expected to be a major factor, with ‘open source’ being the key word. This OS will rival and most likely eventually dominate Apple’s exclusive iOS because, since it is ‘open source,’ it is expected and will be used by every new tablet manufacturer on the market to run their devices. This can be compared to every PC manufacturer currently using Windows operating system, vrs Apple and their exclusive desktop and laptop computers running their own exclusive software, while no one else can. The Android-powered Samsung’s Galaxy Tab to date has reportedly sold over 2+ million units using a modified Android 2.2.

Built From The Ground Up
There was also a software development kit released for the Honeycomb, as Google strongly emphasized that the Android 3.0 was built completely “from the ground up,” with the larger tablets in mind.

Although the exact features of this new version are yet to be revealed, it’s expected to accommodate for: extensive multitasking, a large range of widgets that can be customized, support for e-wallets, a brand new system bar complete with notifications. Also look for a completely revamped web browser interface, complete with 3-D rendering and a gyroscope.

The Honeycomb’s first initial demo was in late 2010 during a technology conference using a prototype Motorola Xoom unit, which featured Google Maps showing 3-D buildings. The Motorola Xoom was also featured at the Consumer Electronics Show in January 2011.

The Tablet OS Wars
The biggest issue and concern of the Honeycomb by most developers, is if it can make the full transition from operating on the smaller smartphones to the much large tablets. As the previous Android 2.0 versions were built specific for the smartphones, it was found they were not fully operational on the tablets. Google is expected to solve these deficiencies, such as hardware Relevant Products/Services buttons and multitasking functionality, just to name a few.

Another expected player and potential competitor to the Android, is Hewlett-Packard and their webOS tablets. HP Relevant Products/Services has stated that the webOS platform was the main reason why they bought out Palm in the fall of 2010.

Research In Motion and their new Blackberry PlayBook tablet, which uses their own exclusive RIM-specific OS, is also expected to debut in 2011. RIM who already has a strong established foothold with the business crowd because of their popular BlackBerry smartphones, the PlayBook is designed to integrate with the BlackBerry devices. Some analysts has noted that this may be an awkward combination for consumers however, but the PlayBook and BlackBerry can make Relevant Products/Services simpler.

The Honeycomb combined with Linux is expected to be the industry leader and eventually dominate the tablet device market. Although the Apple iOS and the iPad has a significant head-start and already established in both the business and consumer markets, it’s only a matter of time before Android positions itself as a strong platform alternative.